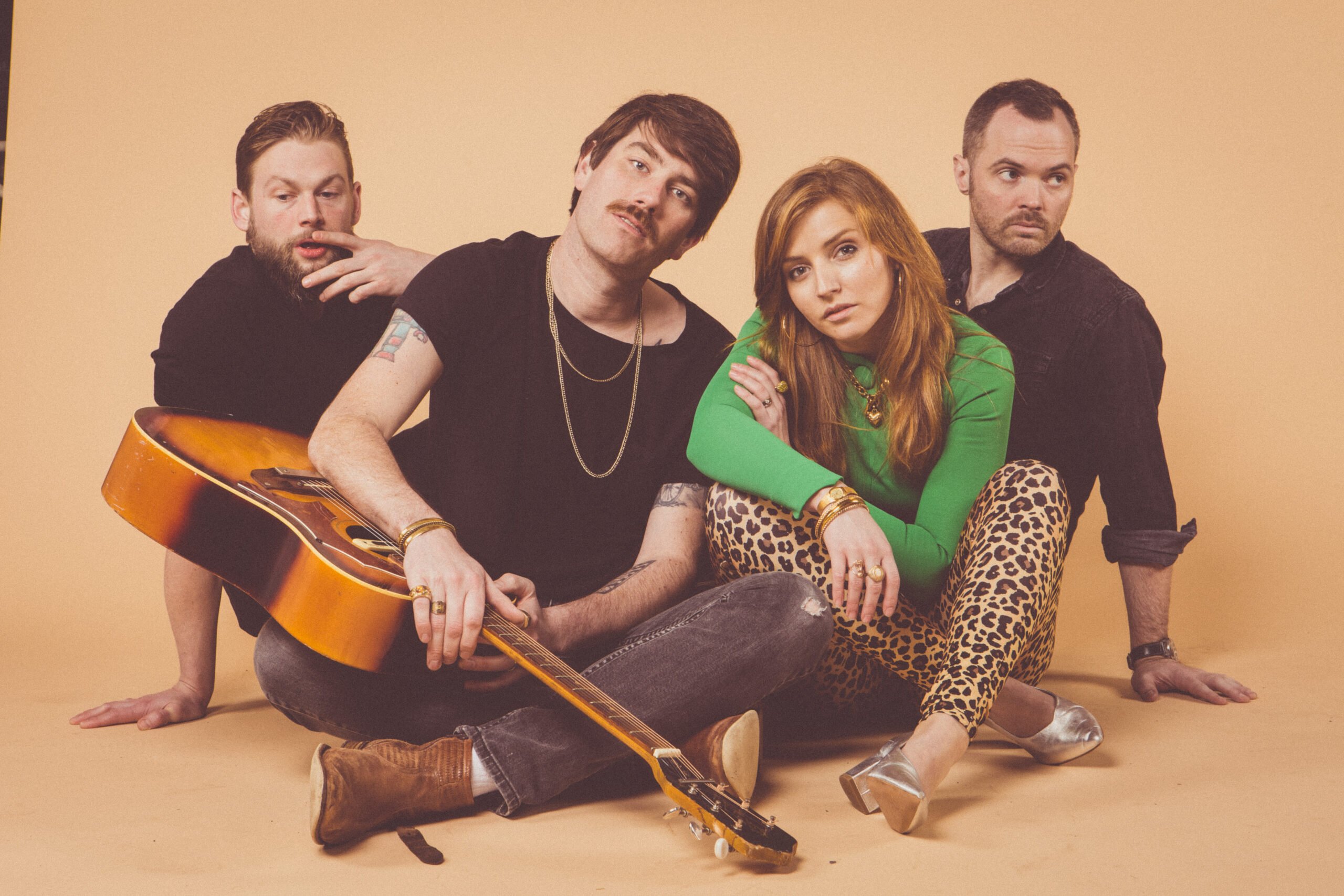 Fronted by husband and wife duo Kim West (keys and vocals) and Ryan Devlin (guitar and vocals,) Smokey Brights is a rock band out of Seattle, Washington. The couple’s entrancing bond shines through in their deeply personal cowriting as well as their ecstatic live performances. West, a barred attorney, and Devlin, who has a background in booking, publishing and punk bands, met working summers at a pizza restaurant in college. They write about their transition from young friends to life partners in their beloved city, touring in a van during the Northwest’s notoriously grey winters, and being in love in a deeply uncertain world. West and Devlin’s songs are made eminently danceable by Nick Krivchenia (drums) and Luke Logan (bass.) Krivchenia, an Ohio native from a family of musicians, brings a soulful, classic groove to Smokeys’ sound. Logan, who grew up singing folk songs with his family in Kodiak, Alaska, provides melodic bass lines and a crucial third harmony to the band’s vocals. Known for their explosive live shows that immerse the listener in warm, harmony-rich, arena rock anthems, Smokey Brights instantly found a hardcore fanbase in the US, UK, and Europe, and have earned slots at SXSW, Bumbershoot, Sasquatch!, Off Beat Festival, and Treefort Music Fest. The band most recently has released its third full-length LP, I Love You But Damn, on Freakout Records. Rolling Stone France premiered the first single and said Smokeys are, “one of these indie gems we wish we’d stumbled upon more often...insane charm.” American Songwriter called the record, “Truly American. That motor-revving, wistful quality, part-courage, part-feelings dripping down off torn shirtsleeves.” I Love You But Damn sold out of it’s first pressing before the album even was released, but a second pressing of limited edition gold vinyl is available via this website, and the record is available to stream on all platforms. Smokey Brights were early signees to Freakout Records, along with fellow Seattle psych-rockers Acid Tongue, after gaining the love of legendary NW station KEXP. Produced by Andy Park (Death Cab for Cutie, Noah Gunderson, Ciara, Mac Miller), the band’s newest full-length, I Love You But Damn, walks a fine line between gritty NW rock and stately arena-ready pop. Smokey Brights tirelessly toured and intensely demoed in their basement home studio leading up to recording I Love You But Damn, and their devotion to their craft is unmistakable in every track.
PAST SHOWS