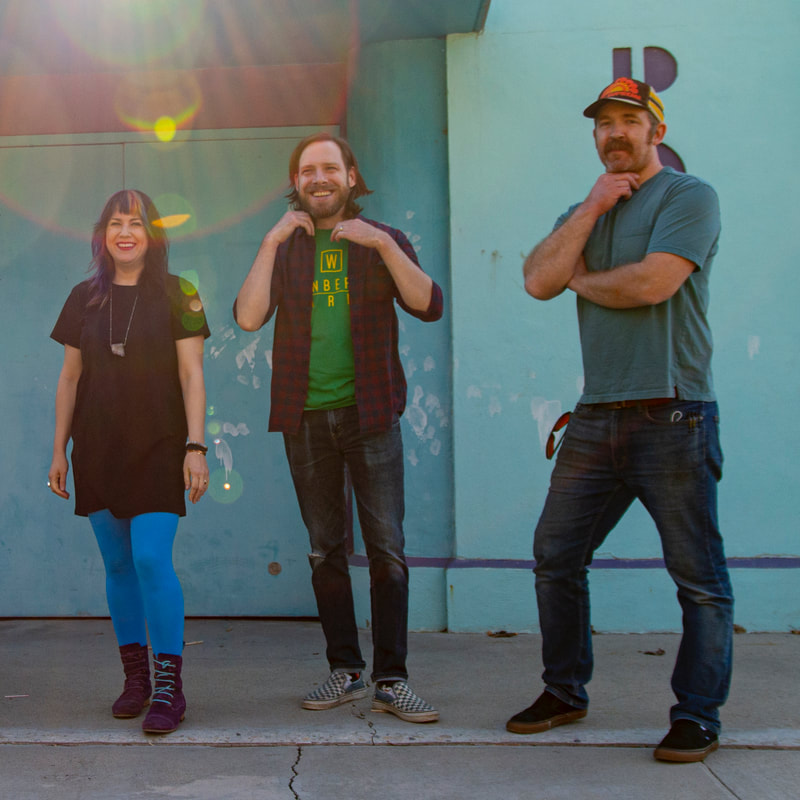 Trippy Hearts started as a long distance idea for a band between Boise and Boston with old friends Stephen Samuelson, Jenn Sutkowski, and Brent Heiner in 2013. Jenn and Brent ended up moving to Boise eventually to make the idea more of a reality. With Jenn (of Somerville Ukulele Club) on a Rhodes electric piano and vocals, Steve (of Dark Swallows) playing baritone guitar, bass, and drums, and Brent on guitar, the trio wrote and recorded Lacewing, at Rabbitbrush Audio in Boise with Z.V. House, mastered by Mell Dettmer at Studio Soli in Seattle, and released in 2021. Their friend Hyrum Haeberle (also of Dark Swallows) joined on bass for two years until they (amicably) parted. Trippy Hearts make dynamic, moody/melodic, witchy/wavy music on the hopeful edge of the existential ache. Loud/soft indie. The songs are heartfelt with feelings of yearning for home, wherever that is, and ambivalence toward modern life. But there are bright edges, too, because music is cathartic. ​There is also the occasional tripped-out crystal flute. Haunting!
SIMILAR ARTISTS