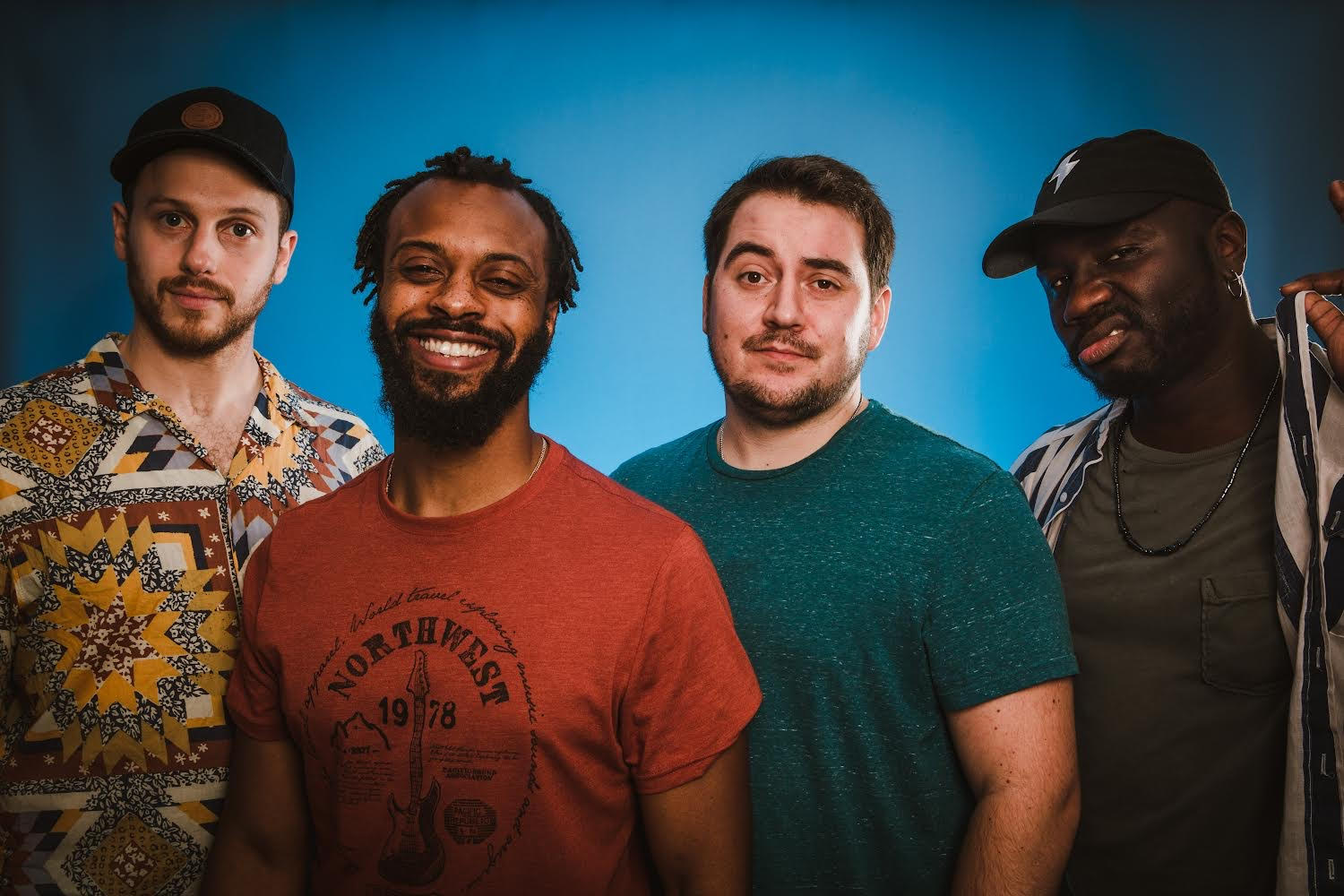 TAUK may be an instrumental band, but even without words, the group’s extraordinary new album, Chaos Companion, manages to speak volumes about the ups and downs of a year that challenged—and transformed—us all. Forced off the road by the COVID-19 pandemic, the quartet spent 2020 stretching themselves sonically, leaning into the sense of possibility that came with an empty calendar and letting it guide them toward uncharted territory. The resulting songs push TAUK’s sound to bold new heights, fusing elements of progressive rock, funk, soul, EDM, and hip-hop into a melodic, groove-driven blend, one that’s complemented here by the equally adventurous production work of longtime collaborator Robert Carranza. Add it all up and you’ve got a cinematic collection that hints at everything from 70’s film scores and 80’s videogames to 90’s R&B and modern dance music, an immersive record that blurs the lines between analog and electronic as it balances old school grit and futuristic sheen in equal measure. Founded by bassist Charlie Dolan, guitarist Matt Jalbert, and keyboardist Alric Carter, who began playing together in middle school, TAUK landed on its present lineup in 2012, when drummer Isaac Teel joined full time. Since then, the quartet has gone on to tour with the likes of Umphrey’s McGee, Widespread Panic, and Lettuce, landed festival slots everywhere from Bonnaroo to Electric Forest, racked up millions of streams, and released a series of widely lauded studio and live albums.
PAST SHOWS