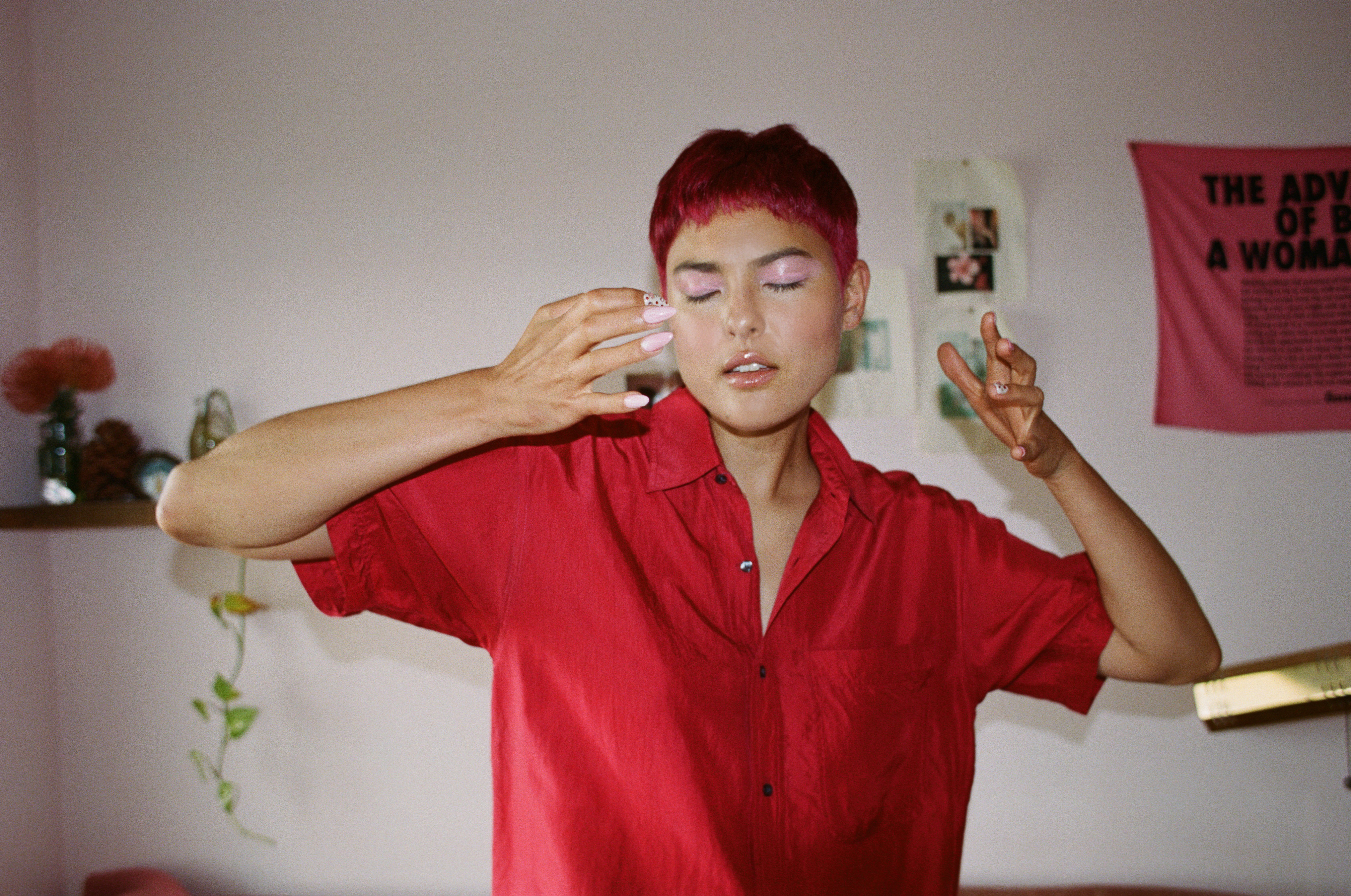 Miya Folick’s debut album Premonitions — out October 26, 2018 on Terrible Records and Interscope — is a vision of a more compassionate human future. “I wanted to imagine an existence that’s more natural — where we understand ourselves with more subtly,” Folick says. On Premonitions, she creates a communal world where people care for each other, are demanding of each other, and, sometimes, just want to be alone. Pervading Folick’s distilled, haunting, and emotionally immediate first two EP’s -- Strange Darling (2015) and Give It To Me (2017) -- is a sense of deep empathy and desire for connection, but also a tendency toward solitude. Perhaps these themes can be traced to her upbringing in the Jōdo Shinshū Buddhist tradition, where her parents taught her about living with mindfulness — though, she says, she doesn’t always remain true to this in her own life. Or, it could be from the eternal sense of not quite belonging that Folick has carried since growing up as a child of mixed heritage in the suburban neighborhoods of Santa Ana, California. Being an outsider created a tendency in Folick to observe the nuances of how others experience connection or lack thereof. But more directly, Folick’s music has its roots in a dark corner in the old wooden Los Angeles house (with strangely superb acoustics) to which she moved after a rocky few years studying acting in New York. “I had just moved to LA and didn’t have friends, so I started writing songs in this closet on a guitar my mom got for me at Costco,” Folick recalls. It was there that she began to channel her early musical inclinations. As a child Miya made up songs to study for school tests and played the taiko drums in her church group. She started classical voice training as a 10-year-old, fascinated by the complex melodies of Italian and German arias. From this period of isolation grew Folick’s ability, developed in the ensuing years as her personal community in Los Angeles expanded, of fathoming the darkened places for seeds of light. Perhaps recalling that old wooden closet, Folick wanted to infuse Premonitions, alongside co-producers Justin Raisen and Yves Rothman, with a tactile and analogue quality that felt expansive but very personal. To that end, every sound on Premonitions is real — made from acoustic instruments and then painstakingly crafted by the team, rather than being drawn from folders of pre-packaged samples. The result is a fusion of 90’s rock a la The Cranberries with contemporary pop and hip-hop, an elegant canvas of ambient sonic textures through which Folick’s voice cuts with stark confidence. While, sonically, the album feels capacious and lush, the lyrics focus in on the everyday, the painful, the mundane, the revelrous. “I love the idea of taking something everyone can understand and encounters every day, and shining the light of angels on it,” Folick explains. This applies also, and maybe most importantly, to the people in Folick’s life. “A lot of these songs are saying: I notice you, I see the good in you, also this thing annoys me about you—but I’m here for it all,” says Folick. “Noticing the details of someone else’s life is an act of love. We have to make allowances for people to be imperfect.”
PAST SHOW