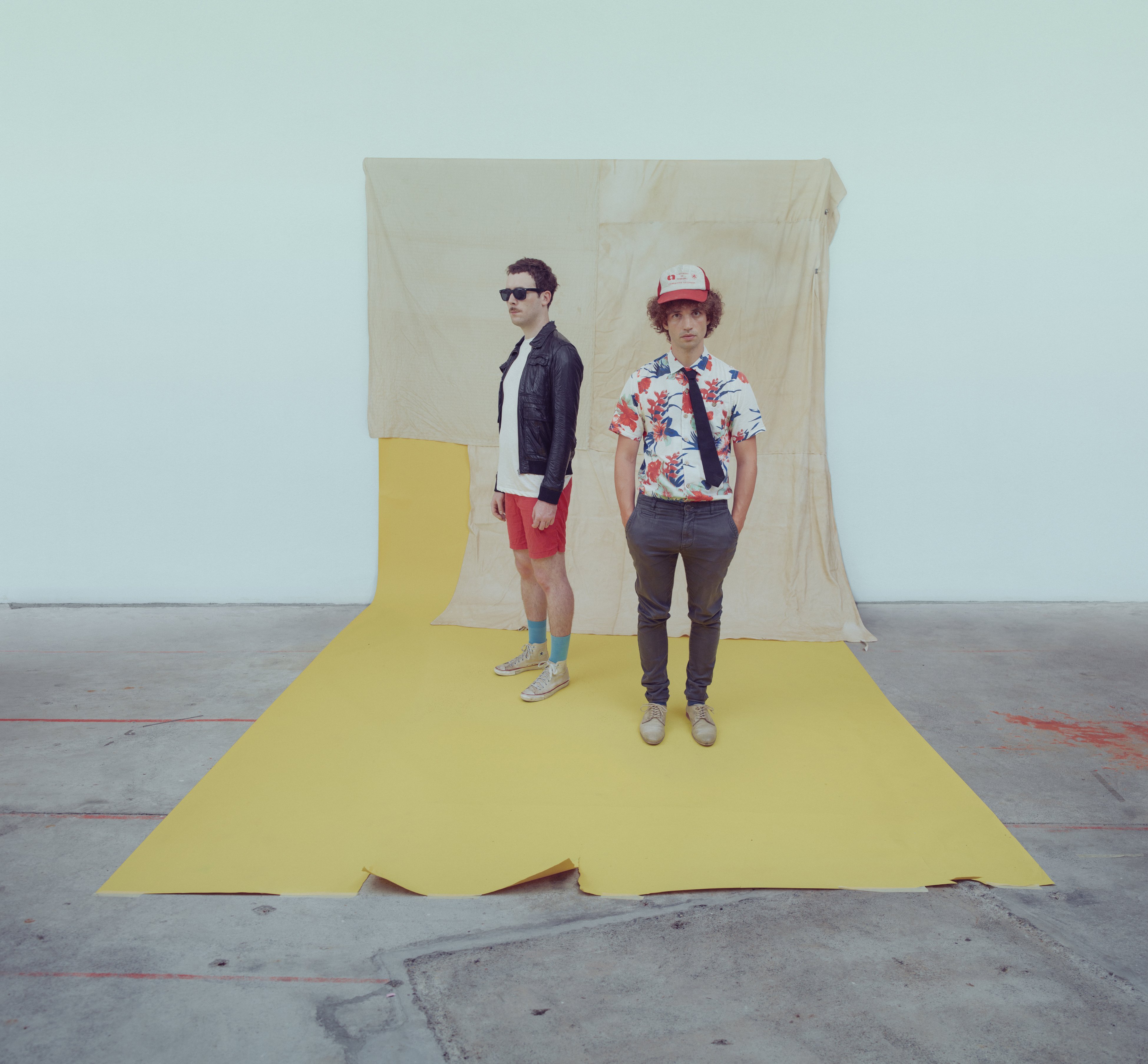 Swiss group Klaus Johann Grobe have been at it since 2012, and as they prepare to release their third album "Du Bist So Symmetrisch" (and third on Trouble In Mind), the group continues to defy description & blur the lines between electronic pop, dance music, synthesis & kosmische. "Du Bist So Symmetrisch" follows the inevitable path laid out by their previous album (the Basel Prize-winning "Spagat der Liebe"), incorporating the slinky, jazz-fusion-laced grooves populating late night clubs and braiding them together with the band's own blend of mutant electro-funk. Driven by an organic, metronomic beat aligned with synth, chant-like vocals, and a monstrous funky bass, the music aims towards a certain kind of hypnosis, particularly as the sleeping pill echo-heavy vocals cycle over the locked grooves the pair throw down. "Du Bist..." begins with the cascading arpeggio of a synth, edging into view, before lurching into the placid dancefloor groove of the first single "Discogedanken". While the band invariably feels more at home in the club, Klaus Johann Grobe certainly aim towards the more dance-orientated arena of German music (see "Der König" or "Von Gestern"), aligning the metro pulse of Klaus Dinger and Kraftwerk's later techno work to more biological factors - like moss growing on the mainframe. The band has toured extensively since 2014, highlights being supporting tours with Unknown Mortal Orchestra, The Growlers and Temples, and they have toured and played festivals in the U.S.A., U.K., Netherlands, Luxembourg, Germany, Switzerland, France and Spain. "Du Bist So Symmetrisch" will be released worldwide by Trouble in Mind Records on October 26th, 2018 on Digital, CD, and LP.
PAST SHOWS