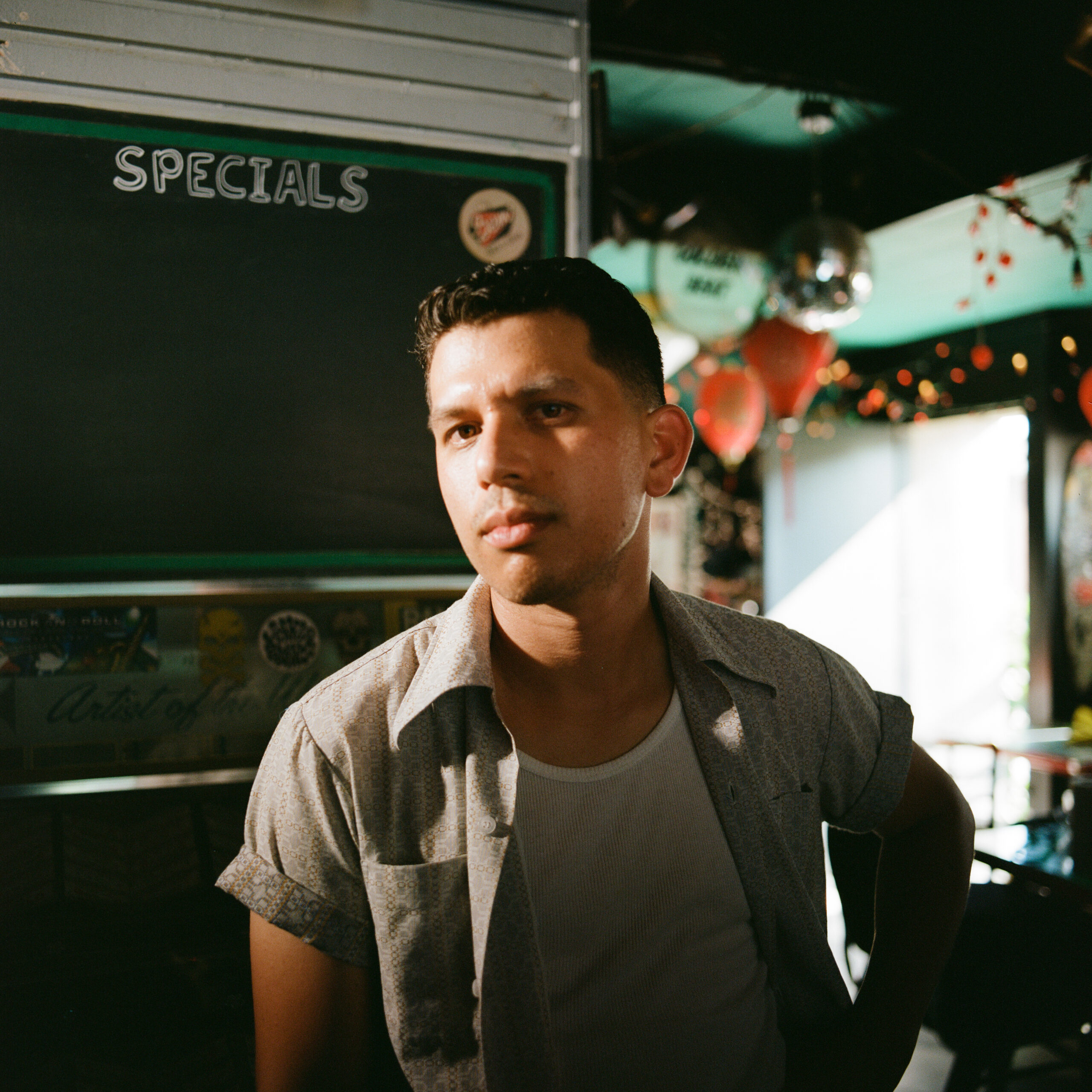 Jeremie Albino’s Past Dawn EP erupted from a year-long wave of limitations and sonic experiments, steadied by the robust and soulful songwriting we’ve come to expect from the Toronto-based musician. The 6-song EP, produced by Michael Trent of Shovels & Rope, features the unmistakable stylings of Trent’s previous productions, delivering smoky harmonies, soaring guitars, honkey tonk piano, and foot stomping grooves, set against a newly discovered intimacy from Albino. Past Dawn offers hints of Americana, folk, blues, and rock ‘n’ roll, with introspective storytelling and the spontaneous, kinetic energy that makes Albino’s live show well-known. Spurred by pandemic-induced constraints, Albino got creative with his new material. “I couldn’t get in a room with anybody and rehearsals with the band kept getting pushed back. I thought, OK, how am I going to make a new context here?” he says. “In February of 2020 I had been on tour with [award-winning duo] Shovels & Rope and I knew Michael Trent produced his own records. I’ve been a fan of theirs for a long time. It just made sense to reach out and see if he was down to work on something from abroad.” This necessity for openness led to new experiences in songwriting, recording, and production. Albino sent a handful of acoustic demos down to Charleston, SC, which began a surge of creative momentum. “I’d send Michael a version of something and he’d work on it and send it back,” Albino recounts. “We both brought something of ourselves to these songs. It was great to have external input in an otherwise isolating time.” Odes to homes near and far are all over Past Dawn. So is a deep contemplation of illness and the loss of family, as well as poignant addresses to loved ones. Albino’s voice is equal parts warm and brisk on “Acre of Land,” a romping opener, written at a backyard BBQ with Khalid Yassein of Wild Rivers. “The Night Was Young” is an addictively anthemic, ballad-esque road-song, while a melodic sensitivity gives way to a plaintive gravel on “Buck,” a song co-written with Michael Trent. Albino’s delivery is signature throughout: moving from clear-eyed melancholy to upbeat riffs with a lilting timbre that’s refreshingly unfiltered. The past few years have been non-stop for Albino, with Past Dawn following Blue Blue Blue, his 2021 release with Cat Clyde. After 2019’s Hard Time, that makes three records in three years. He’s moved to the city, leaving behind the farm in Prince Edward County where he lived and worked for over a decade. With a sophomore album and multiple tours in the works, he’s solidified himself as a touring musician who knows how to honour the histories of folk and country while staying firmly in the present.
SIMILAR ARTISTS