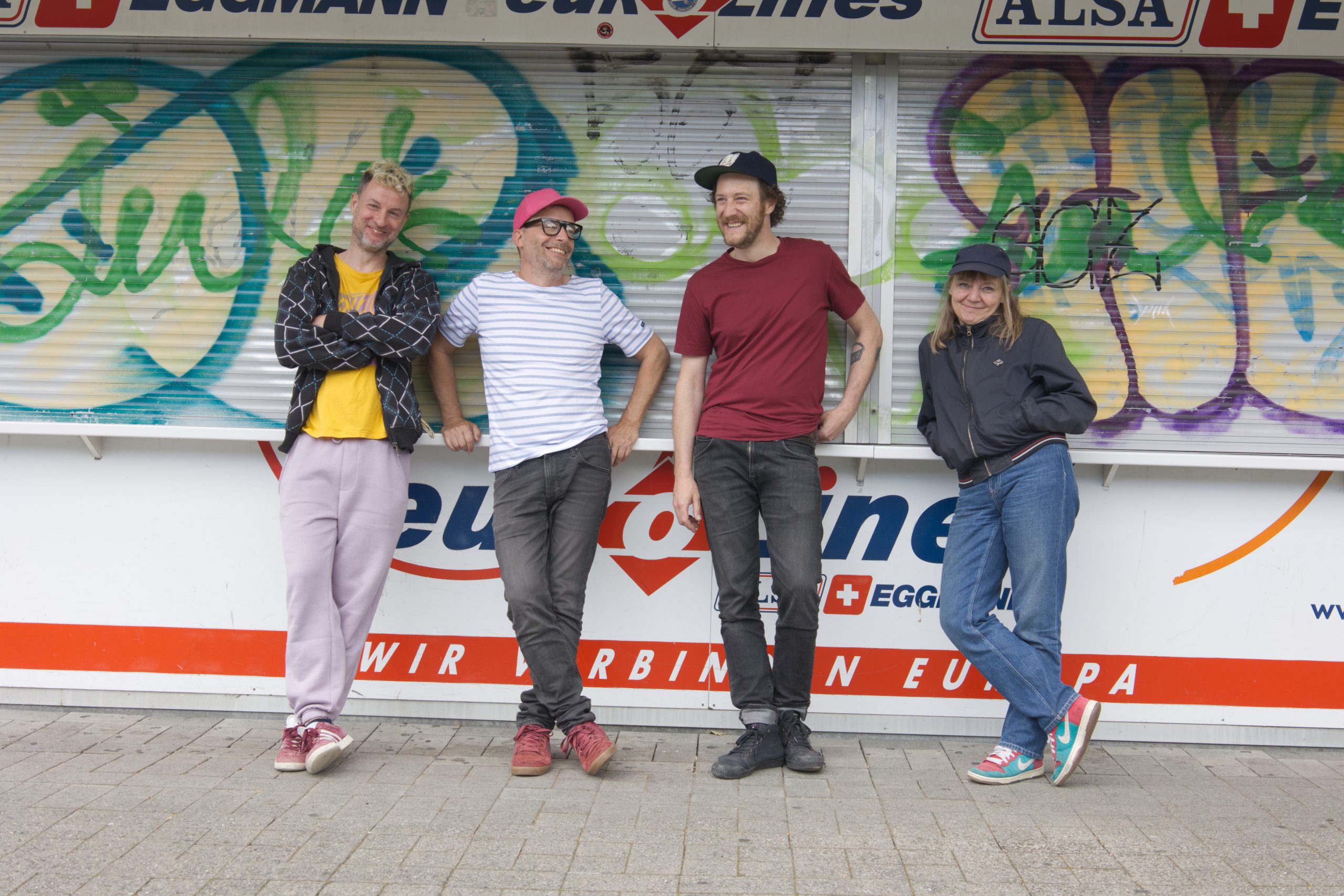 Disco Doom – the Switzerland-based band led by Anita Rufer and Gabriele De Mario – release the title track from Mt. Surreal, their first new album in 8 years, out September 16th via Exploding in Sound. “Mt. Surreal” is indicative of the shapes and sounds they create across the record: opening with sustained purpose before the whole mood flips, the track folding in on itself and dissolving into the ether, scratchy and untethered. That juxtaposition, an endless swaying between light and dark, form and formlessness, plays out across the record, the songs shifting between direct passages and then burrowing their way into exploratory, experimental rabbit holes. The accompanying animation was directed by Rudem and is made with graphics by Martin Woodtli. The band elaborates: “‘Mt. Surreal’ was a lot about finding a balance of simplicity and complexity. It took us a lot of time to find the right arrangement, mixture and balance between all parts. We merged sounds of different instruments to get a new sound that matched the deserted, bleak mood of the song – we used a bass, an arp synth and pitched drum sounds. It’s easy to feel lost in today’s uniformity. The song rejects the familiar and goes its own way – to the surreal.” Releasing music together for some twenty years, such longevity has earned Disco Doom a legendary status in Switzerland, as well as a reputation for making incredibly forward-thinking rock music. Since the release of 2014’s Numerals, the Zurich-based band have toured the EU/UK with Built To Spill, The Breeders, Ovlov, Dinosaur Jr. and more, had their music featured in the end credits of HBO’s Animals, and have released a critically acclaimed album under their J&L Defer alter-ego. Mt. Surreal is brimming with frayed guitar, intricate rhythms, compelling vocals, and fidgety percussion. Its sprawling composition is one you can get lost in – a strange and peculiar journey that’ll wrap you up deep inside its intoxicating world, where lyrics leap out at odd moments, where a hook grabs just when the whole thing threatens to combust. Mt. Surreal offers an exhilarating ride, as well as an ambiguous look at society, touching upon themes of nostalgia and detachment in this strange new world we currently encounter. “Mt. Surreal is a feeling we can’t describe properly and one that’s constantly changing,” says Disco Doom. “It is the security that doesn’t exist. It is fear and hope, the overload that we feel again and again, the boredom that we want to avoid, and the exaggeration that makes everything a grimace. Mt. Surreal is our problem and Mt. Surreal is our salvation.”
SIMILAR ARTISTS