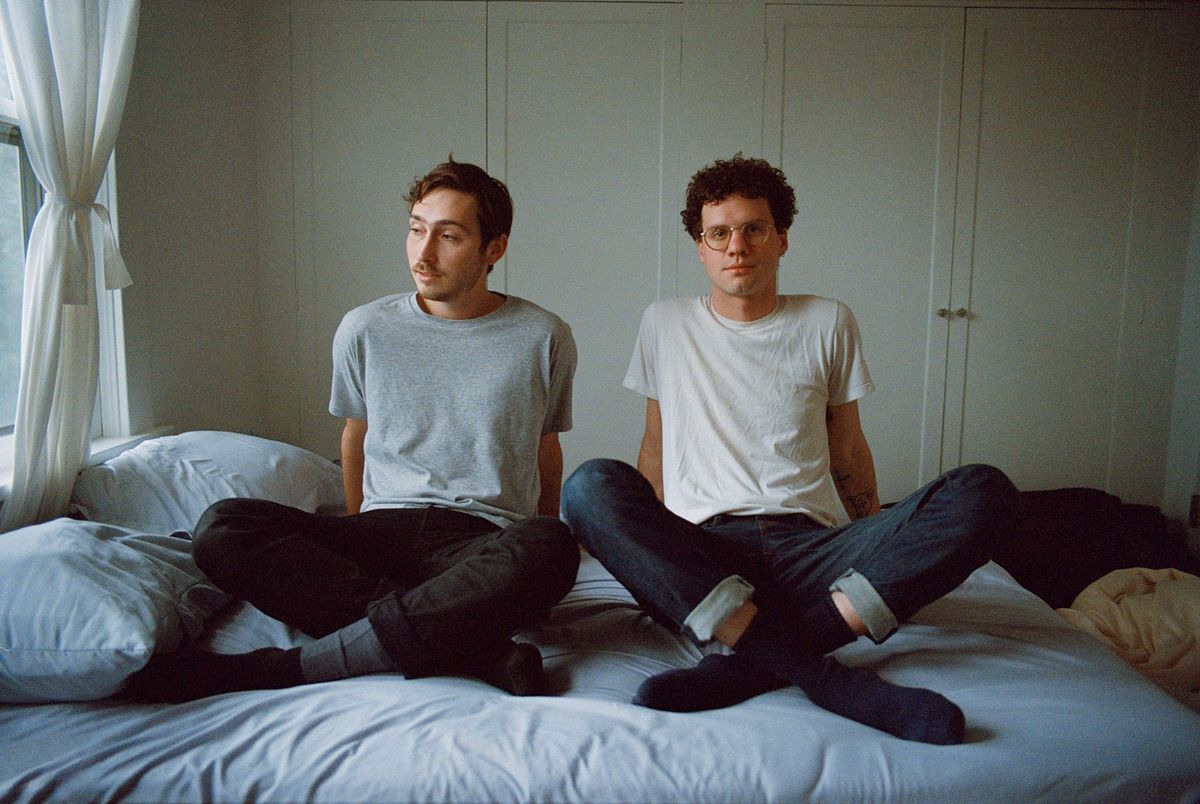 Whitney make casually melancholic music that combines the wounded drawl of Townes Van Zandt, the rambunctious energy of Jim Ford, the stoned affability of Bobby Charles, the American otherworldliness of The Band, and the slack groove of early Pavement. Their debut, Light Upon the Lake, is due in June on Secretly Canadian, and it marks the culmination of a short, but incredibly intense, creative period for the band. To say that Whitney is more than the sum of its parts would be a criminal understatement. Formed from the core of guitarist Max Kakacek and singing drummer Julien Ehrlich, the band itself is something bigger, something visionary, something neither of them could have accomplished alone. The band itself is something bigger, something visionary, something neither of them could have accomplished alone. Ehrlich had been a member of Unknown Mortal Orchestra, but left to play drums for the Smith Westerns, where he met guitarist Kakacek. That group burned brightly but briefly, disbanding in 2014 and leaving its members adrift. Brief solo careers and side-projects abounded, but nothing clicked. Making everything seem all the more fraught: both of them were going through especially painful breakups almost simultaneously, the kind that inspire a million songs, and they emerged emotionally bruised and lonelier than ever. Whitney was born from a series of laidback early-morning songwriting sessions during one of the harshest winters in Chicago history, after Ehrlich and Kakacek reconnected - first as roommates splitting rent in a small Chicago apartment and later as musical collaborators passing the guitar and the lyrics sheet back and forth. “We approached it as just a fun thing to do. We never wanted to force ourselves to write a song. It just happened very organically. And we were smiling the whole time, even though some of the songs are pretty sad.” The duo wrote frankly about the break-ups they were enduring and the breakdowns they were trying to avoid. Each served as the other’s most brutal critic and most sympathetic confessor, a sounding board for the hard truths that were finding their way into new songs like “No Woman” and “Follow,” a eulogy for Ehrlich’s grandfather. In exorcising their demons they conjured something else, something much more benign—a third presence, another personality in the music, which they gave the name Whitney. They left it singular to emphasize its isolation and loneliness. Says Kakacek, “We were both writing as this one character, and whenever we were stuck, we’d ask, ‘What would Whitney do in this situation?’ We personified the band name into this person, and that helped a lot. We wrote the record as though one person were playing everything. We purposefully didn’t add a lot of parts and didn’t bother making everything perfect, because the character we had in mind wouldn’t do that.” In those imperfections lies the music’s humanity. Whilst they demoed and toured the new songs, they became more aware of the perfect imperfections of the songs, and needing to strike the right balance, they eventually made the trek out to California, where they recorded with Foxygen frontman and longtime friend, Jonathan Rado. They slept in tents in Rado’s backyard, ate the same breakfast every morning at the same diner in the remote, desolate and completely un-rock n roll San Fernando Valley, whilst they dreamt of Laurel Canyon, or maybe The Band’s hideout in Malibu, or Neil Young’s ranch in Topanga Canyon. The analog recording methods, the same as used by their forebearers, allowed them to concentrate on the songs themselves and create moments that would be powerful and unrepeatable. “Tape forces you to get a take down,” says Kakacek. “We didn’t have enough tracks to record ten takes of a guitar part and choose the best one later. Whatever we put down is all we had. That really makes you as a musician focus on the performance.” The sessions were loose, with room for improvisation and new ideas, as the band expanded from that central duo into a dynamic sextet (septet if you count their trusty soundman). And that’s what you hear — Whitney is the sound of that songwriting duo expanding their group and delivering the sound of a band at their freest, their loosest, their giddiest. Classic and modern at the same time, they revel in concrete details, evocative turns of phrase, and thorny emotions that don’t have exact names. These ten songs on Light Upon the Lake sound like they could have been written at any time in the last fifty years. Ehrlich and Kakacek emerge as imaginative and insightful songwriting partners, impressive in their scope and restraint as they mold classic rock lyricism into new and personal shapes without sound revivalist or retro. “I’m searching for those golden days,” sings Ehrlich, with a subtle ripple of something that sounds like hope, on the track “Golden Days”. It’s a song that defines Whitney as a band. “There’s a lot of true feeling behind these songs,” says Ehrlich. “We wanted them to have a part of our personalities in them. We wanted the songs to have soul.”
PAST SHOWS