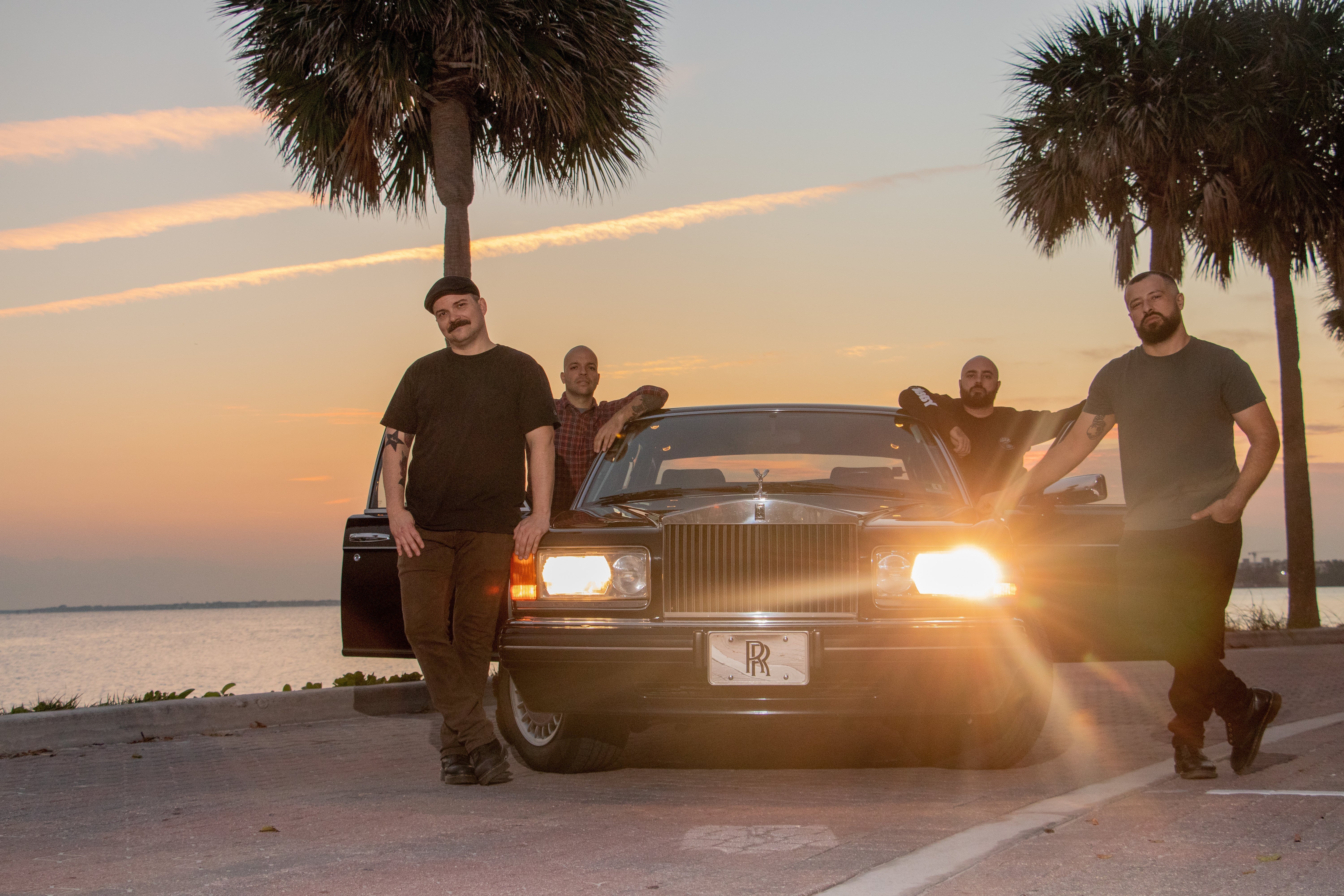 “People are always trying to figure out which compartment we fit into. They wanna put us on a shelf. But in a world of Sabbaths, we get to be Van Halen.” That’s Torche guitarist and producer Jon Nuñez talking about his band’s uneasy relationship with categorization. Over the last 15 years, Torche—led by the core trio of Nuñez, guitarist/vocalist Steve Brooks and drummer Rick Smith—have often been saddled with one-dimensional niche terms like doom, sludge or stoner rock, but none of them really apply. “That shit is tiresome,” he says. “When people ask me what kind of music we play, I just say, ‘Loud rock n’ roll.’” Which is a good way to describe Torche’s fifth and latest album, Admission. From the rumbling cannonade of opener “From Here” and chunky bomb-string detonator “What Was” to the staccato siren song “Reminder” and glistening thunder pop of the title track, it’s a record that manages to be hi-powered, dynamic and melodic—all at the same time. “To me, it’s a real record with peaks and valleys and emotional ups and downs,” Nuñez offers. “Musically, the intensity doesn’t stay in one lane.” Nuñez says Admission’s musical range—and Torche’s unwillingness to be pinned down—is a result of the band’s wide spectrum of unlikely influences. “I feel like we all listen to so many different types of music, but not really much within the realm of what we’re considered to play,” he explains. “We like 70s rock, shoegaze, ambient music, obscure noise, and stuff we grew up with like Latin or Hispanic music. All of us grew up in Miami during an interesting time, so there’s all kinds of things that drew us in.” Behind the scenes, Torche underwent some lineup changes in the wake of 2015’s Restarter. First off, Nuñez switched from bass to guitar. To fill the bass position they enlisted Eric Hernandez of Miami noise-rockers Wrong, who joined the original Torche triumvirate in time to play on Admission. “We knew right away that Eric was the guy,” Nuñez explains. “He’s bailed us out on drums before when Rick had some health issues. Now that this is the lineup, things are easier. No one needs to be told anything, and everyone’s excited.” The fact that Nuñez switched to guitar during a short break between tours didn’t slow Torche down in the least. “We bounced back pretty fast,” he confirms. “I jumped on guitar in nine days and we did a whole US tour. I was so nervous at that first show that I got a headache onstage. But then you ease into it and it feels right.” With the band’s members spread between Florida and Los Angeles, Torche got together whenever possible to work on the songs that would become Admission. “I think the only two we wrote on the spot were ‘Extremes Of Consciousness’ and the closer, ‘Changes Come,’” Nuñez explains. “We wrote some in Gainesville, some in LA, put one together in Colorado and a couple other ones came together in Miami. It was exciting to do things differently and it kinda kept us on our toes.” Writing in different locations also allowed the band to get together more often than they had been able to for Restarter. “The way Restarter was put together was kinda nuts,” Nuñez explains. “It was written in two weeks and then recorded in two weeks. It was a little stressful. I wanna say we got together four times for this record, which was twice as much as last time.” There was also an abundance of material to work with this time around. “Steve was writing stuff, Eric was writing stuff and I was writing stuff,” Nuñez says. “We just honed in on what would make a cohesive record. It ended up being three songs from each of us, and the others are collaborations. It was a real group effort.” Admission also marks just the second time Torche have actually printed their lyrics in an album sleeve. “Usually Steve’s lyrics make sense to me in some sort of abstract way, but this album has some more personal stuff in there,” Nuñez point out. “It’s a cool little insight into Steve’s twisted head.” In fact, Admission might be Torche’s most personal album yet. “This album is more revealing of who we are,” Nuñez offers. “I think the core of the band is happier and more inspired than we have been in some time, and we’ve got somebody new who’s excited to be a part of it. It’s just refreshing. On tour, we wanna play the entire thing because we stand by this shit. It feels right. It feels real.”
PAST SHOWS