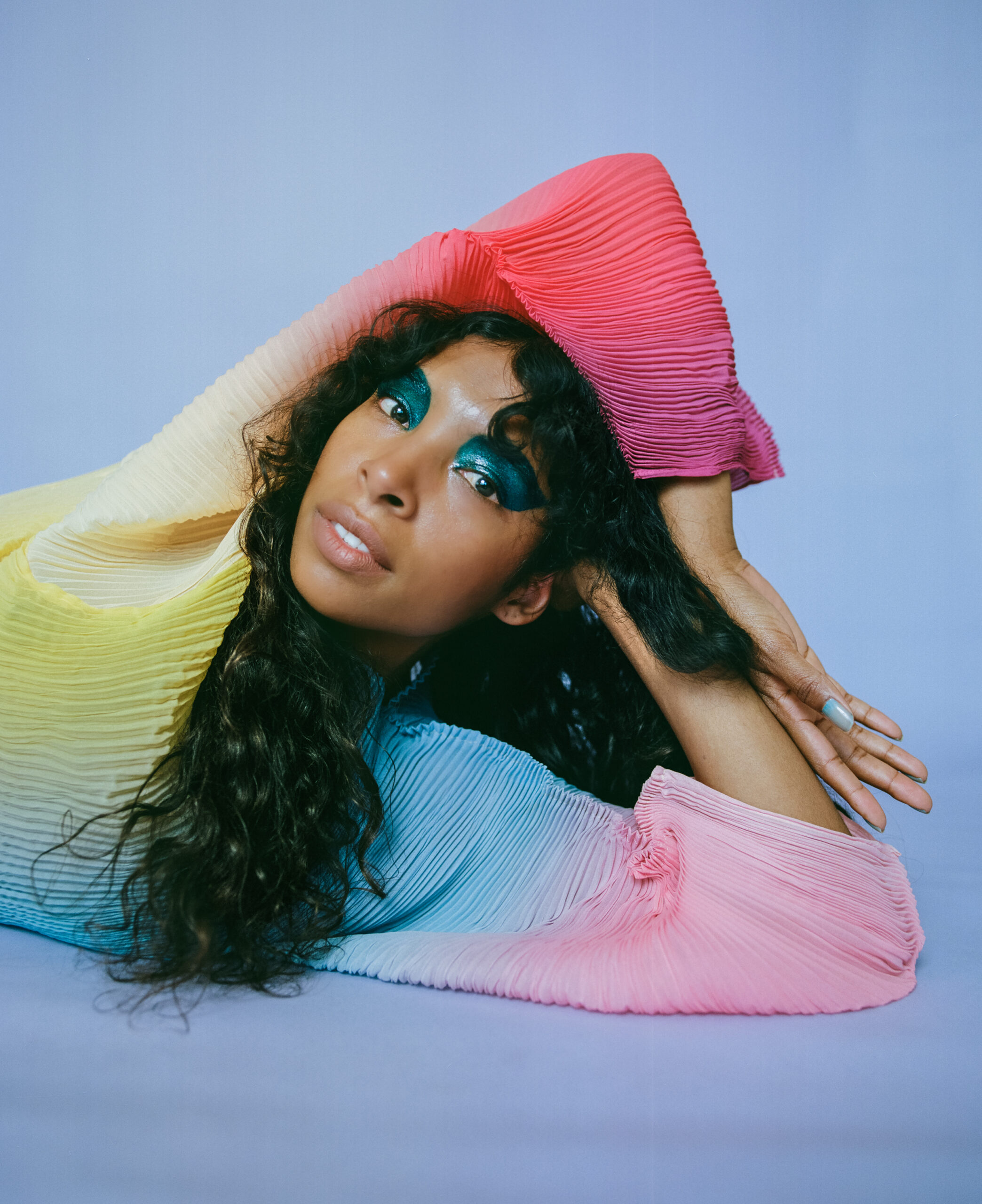 Mazy Fly, the second full-length by the Bay Area artist SPELLLING, explores the tension between the thrill of exploring the unknown and the terror of imminent destruction. Chrystia Cabral spent the summer of 2018 in her Berkeley studio reflecting on the thresholds of human progress and longing for a new and better tomorrow. She was struck by the way the same technologies that have given humans the ability to achieve utopian dreams of discovery have also brought the world to the precipice of dystopic global devastation. Despite the darkness of this reality, Mazy Fly is defiantly optimistic. It is a celestial voyage into the unknown, piloted by Cabral. Each song on Mazy Fly enshrines distinct sentiments within this imagined voyage, from the deeply personal (“Hard to Please Reprise”) to the cosmic (aliens travel to Earth to hear music on “Real Fun”). “Haunted Water” is an intensely heavy song about the memories of colonial violence that haunt the historical slave ship routes of the Middle Passage. “Under the Sun” is a cosmic prayer for good fortune that sees the potential for radical newness in our own lives in the births of stars. Mazy Fly musically traverses the spaces between languid, honey-soaked vocals and distant angelic whispers, from thumping 808 club beats to crunching tape loops, and from silky, smooth R&B to whirling organ sonatas.Cabral became enamored by the idea of flight as a harbinger of both progress and apocalypse, and that was expressed in the textures and compositional techniques she utilized.Swarms, flocks, flies, angels, spaceships, flying saucers –all are represented sonically by Cabral and her Juno-106 synthesizer. “Secret Thread” is the key to this motif, and the heart of Mazy Fly. When Cabral saw her puppy Cooper running gracefully around an open field, she imagined a winged spirit moving through her new music. She named the spirit, and the album, Mazy Fly. SPELLLING’s 2017 debut Pantheon of Me was Bandcamp’s #4 album of the year, and they raved: “Cabral has it, from her careful sense of composition to her charismatic presence to her ability to communicate with her music straight through to the listener’s heart.” Her first release on Sacred Bones, the “Hard to Please” single, was named a Best Track by The Guardian, who said the song was“like Solange looking in a haunted mirror.”
PAST SHOWS