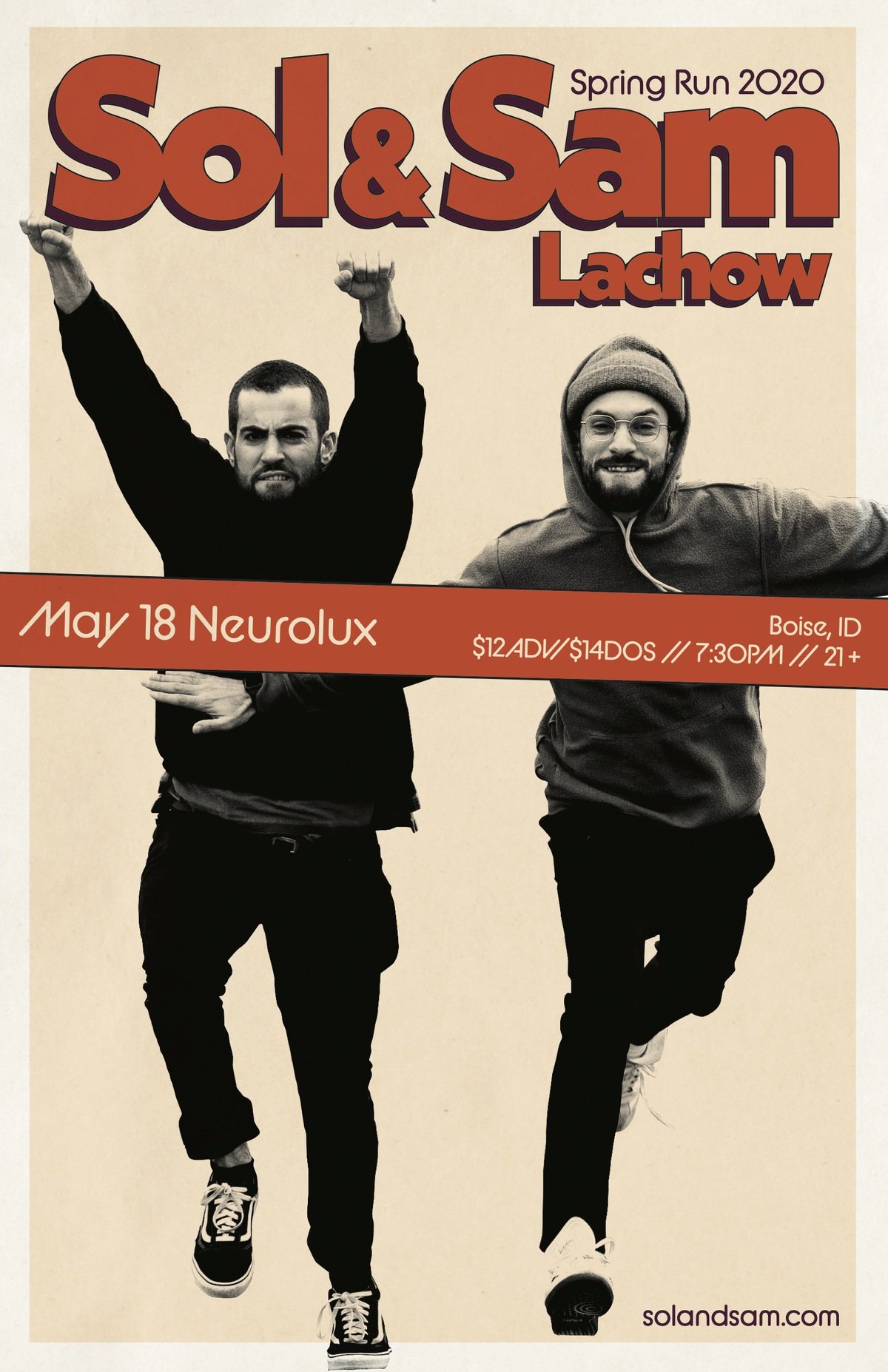 Both Sol and Sam Lachow are two of hip-hop’s most exciting and entertaining underground mainstays. With two distinguished solo careers under their respective belts, they’ve built loyal and proud followings from the ground up. Rocking shows and writing music true to themselves, they’ve continued to grow as artists and humans and now, the two emerald city emcees have teamed up for a co-headlining tour you don’t want to miss!
NEXT SHOW