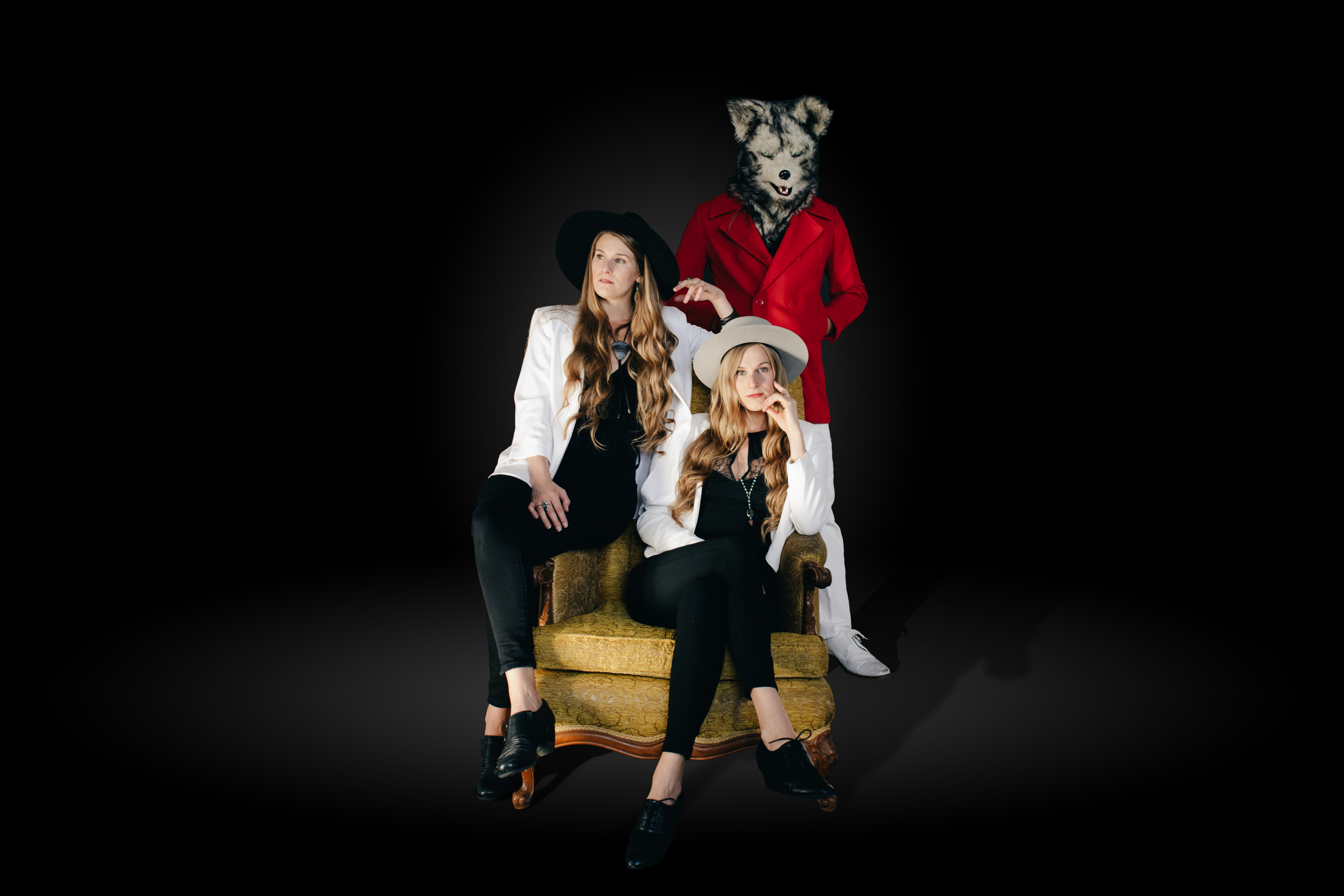 Everybody in your life will write his or her own chapter in your story. Take a step back, and you’ll see the influence of your loved ones, mentors, and friends in your decisions. Shook Twins refer to these folks in the title of their fourth album, Some Good Lives. Throughout fourteen tracks, the duo—identical twin sisters Katelyn Shook [vocals, guitar] and Laurie Shook [banjo, vocals]—pay homage to everyone from a late grandpa and godfather to Bernie Sanders. “We realized there was a theme,” Katelyn reveals. “Even though our minds are mostly on the women of today and wanting the monarchy to rise up, we have several men in our lives who have been such positive forces. We wanted to thank them and honor the good guys who showed us the beauty in this crazy world we live in. So, it’s an album for Some Good Lives that have crossed paths with ours—and to them, we are grateful.” Laurie agrees, “It’s also an acknowledgment of our thankfulness of the good life that we get to live.” However, the pair derived their own strength from these relationships. Over the course of three full-length releases and a handful of EPs since 2008, acclaim would come by way of everyone from USA Today and Baeble Music to Langhorne Slim, The Lumineers, Mason Jennings, and iconic best-selling author Neil Gaiman who enthusiastically decreed, “They make music that twines through your soul the way vines cover an abandoned shack in the woods.” Beyond gigs with the likes of Gregory Alan Isakov and Ani DiFranco, they captivated crowds at High Sierra Music Festival, Lightning In A Bottle, Bumbershoot, Hulaween, Summer Camp Music Festival, and Northwest String Summit, to name a few. During 2016, they planted the seeds for what would become Some Good Lives by thinking bigger. The girls intermittently recorded at Hallowed Halls in Portland, OR. Within this old library building, “which feels full of stories,” they tapped into palpable energy like never before, locking into a groove inside of the spacious, reverberant live room. Moreover, the full band—Barra Brown [drums], Sydney Nash [bass], and Niko Slice [guitar, mandolin]—expanded the sonic palette. “It took us a long time to find the band that we wanted to record these songs with and for the songs to fully mature,” admits Laurie. “Once Barra, Sydney, and Niko joined us, we really started to explore what our music could be. These amazing players helped us realize that we could be more than just ‘folk pop’. We started adding other genres to the word like ‘disco,’ ‘psychedelic,’ ‘funk,’ and ‘soul.’ We really honed in on a new sound.” They initially teased that evolution with the single “Safe.” Its airy acoustic guitar and delicate harmonies materialize as a heartfelt and hypnotic rumination on love. The track quickly surpassed 1 million Spotify streams and stoked excitement among audiences for the eventual arrival of Some Good Lives. “‘Safe’ was written up at a cabin in the woods,” recalls Katelyn. “I had the line ‘a love that feels safe’ in my mind for a while. That’s the only kind of love truly possible and healthy when you’re touring and away from your person all the time. You feel like you can trust it, and it’s not going to change within either of you—no matter how long and far you are away from each other.” “I was struggling to find that kind of love at the time, and Katelyn had this other perspective,” adds Laurie. “It’s my breakup song my sister wrote for me,” she laughs. Elsewhere, opener “What Have We Done” struts forward on funky tambourine and boisterous horns before culminating on the shuddering soulful chant, “My God, what have we done?” Inspired by “feeling the Bern,” the track serves as a “wake-up-and-do better social commentary to fire people up.” Meanwhile, the dreamy “Figure It Out” sways from vivid verses into a catchy and confessional hook. “To me, it’s about being lost and trying to figure ‘it’ out over and over again,” continues Katelyn. “We’re always going to be trying to figure things out, and that’s okay.” The intimate “Grandpa Piano” draws on 1992 tapes of the girls’ grandpa performing on a grand piano during the final weeks of his life. Such moments thematically thread together the record, following its concept. Katelyn adds, “You can hear our grandma, uncle, and godfather who have all passed on speaking in those clips too. These are little glimpses of those lives that we are honoring. I knew it was the perfect thing to add and complete the theme.” Meanwhile, the album concludes on “Dog Beach”—a song penned by their godfather Ted as his only original composition in 1989. Preserving the raw spirit, Shook Twins tracked their background vocals over the initial tape 28 years after the initial recording. As Ted passed away recently, the song possessed a special place in their hearts. “It’s like our village anthem in a way,” says Katelyn. “We made him sing it, and we’d all sing the responses at every campfire we had growing up.” In the end, Shook Twins do Some Good Lives justice by reaching new heights themselves as musicians, lyricists, artists, and women. “I hope people will hear this music as part of the soundtrack to their lives,” Laurie leaves off. “I hope it makes them feel joy, relaxation, or makes them want to dance a little. I hope they’re satisfied with the way we captured these songs.” “I want them to feel the love that emanates from the songs: the love of the sounds we made and the love of the people we are honoring through them,” concludes Katelyn.
PAST SHOWS