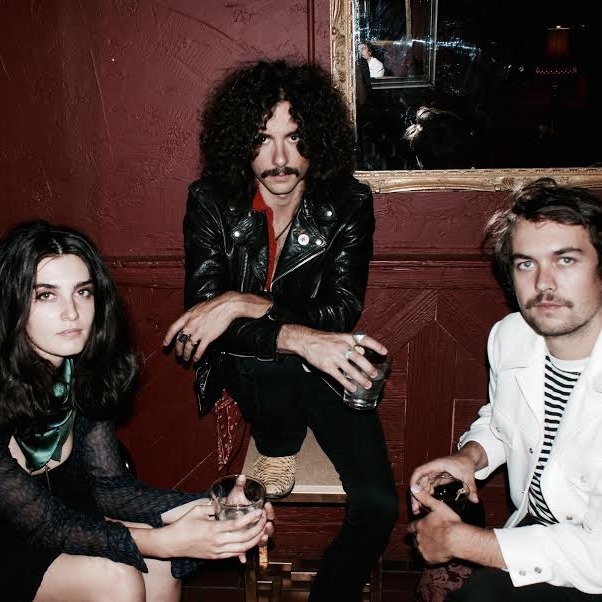 Sludgy riffs, ripping guitar solos (think your favorite track off Smashing Pumpkins “Mellon Collie” meets QOTSA’s “Era Vulgaris”) and driving intricate rhythms are a large part of this band’s sound. But what stands out are those song’s counter parts. Pink Fuzz can still throw down with the heaviest rock n' roll, but what is setting them apart is their ability to balance that with beautiful melodies and a wide array of dynamics. LuLu and John’s vocal harmonies in these melodic driven moments are a highlight of the bands sound, as their voices blend together in a way that is instantly recognizable. With John’s vocals taking on the style we’d expect from a love child of The Stooges era Iggy Pop and Marc Bolan. While LuLu’s silky smooth vocals channel more of a Josh Homme written melody with a Beth Gibbons (Portishead) style delivery. Their individual vocals drive the intensity and fluidity. Behind all of that lies the thunderous execution of Forrest Raup on the drums. The driving force behind the band, Raup's rhythms are melodic and dynamically climactic giving the band the excitement and ruthless drive every headbanger wants in a show. The entire band’s talent and experience shines through seamlessly to create an incredible performance. Pink Fuzz has been an extensive touring band for about 4 years. They have played with bands including Thee Oh Sees, LA Witch, Reignwolf, The Yawpers, Slowcaves, Black Pistol Fire and Heart. There is no doubt that this band can shred, but it is clear that everything is played with intention; not a note or beat is wasted or over played.
SIMILAR ARTISTS