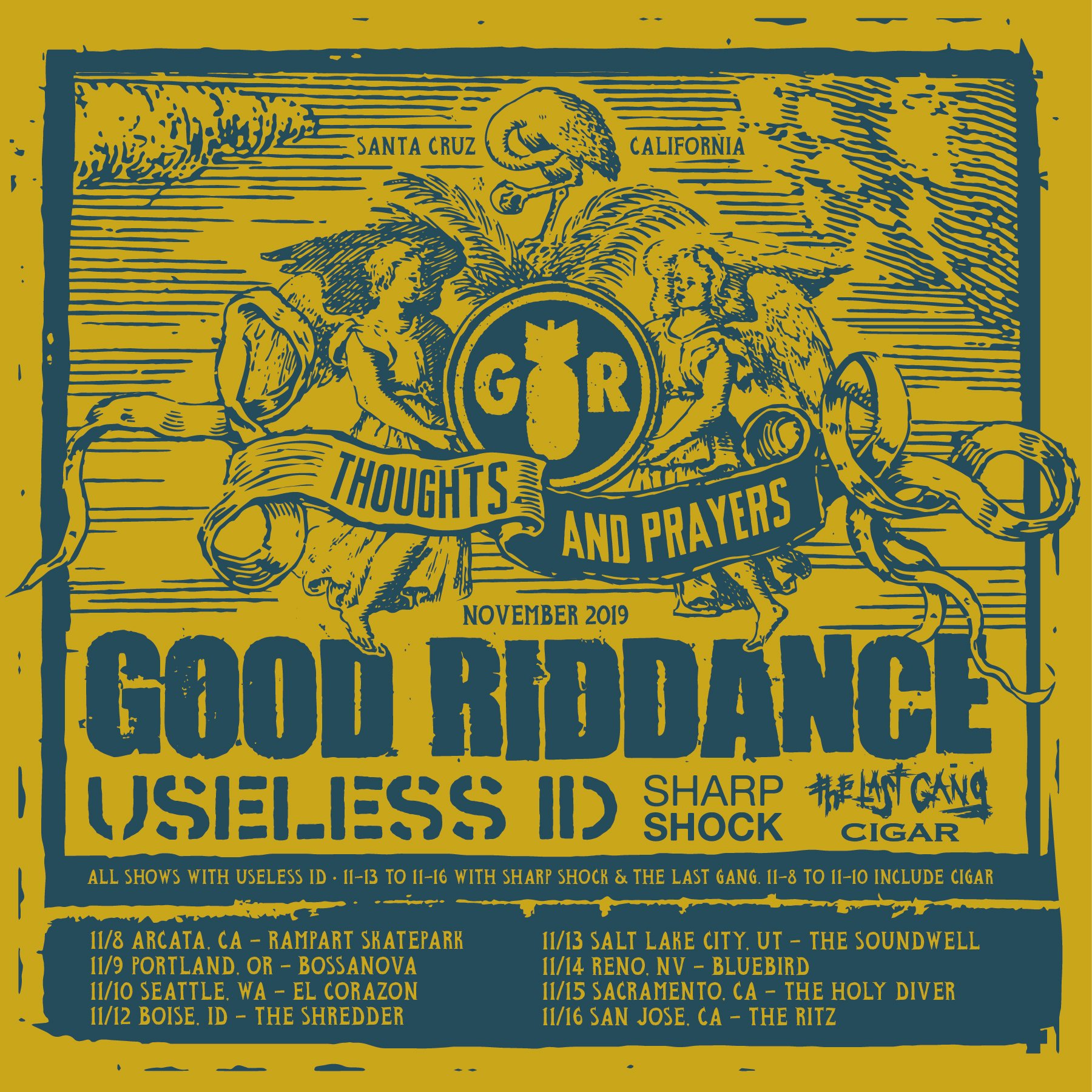 Good Riddance is a hardcore punk band from Santa Cruz, California which was formed in the early 1990s. The band grew out of California’s vibrant surfing and skateboarding culture and was influenced by such bands as Black Flag, The Adolescents, TSOL and Bad Religion as well as East Coast bands like Sick Of It All and the Cro Mags. The group’s early years were spent going through line up changes, playing local and regional shows and recording demos as they developed their sound. Early tours and a 7” record release on Little Deputy Records in 1993 (“Gidget”) brought the band widespread interest and overwhelmingly positive reviews. In 1994 the band caught the interest of Fat Wreck Chords who released the “Decoy” 7″ later that year while the band hit the studio with producer Ryan Greene to record their first full length album “For God And Country” which was released in early 1995. Over the next decade Good Riddance went on to release seven full length albums and an EP for Fat while crisscrossing the globe dozens of times on tour. The band developed a dedicated and passionate fan base through their constant touring and politically charged music. Good Riddance began donating a portion of their record sales to various organizations and doing whatever they could to raise awareness about the causes they felt strongly about. In May 2007 Good Riddance played their final show, fittingly in their hometown of Santa Cruz. The members then went their separate ways to raise families and pursue careers. Though there have been numerous offers to reform and play in the five years since, the band has turned them all down.
PAST SHOWS