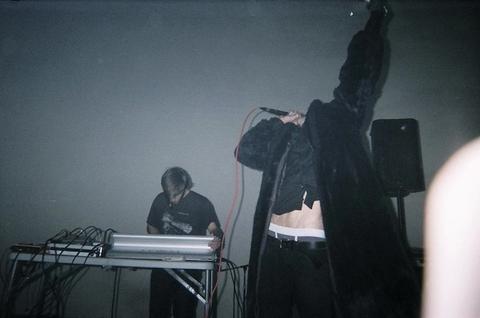 Formed in 2012 in the wasted sands of Tempe, Arizona, electronic dance faction Body of Light have proven to be a teeming creative force within the present-day electronic landscape. As the archaic drones and abstract measurements of their earliest collections have evolved into to prodigious cinematic pop ballads and darkwave compositions, it’s clear that the two brothers, Alex and Andrew Jarson, are no strangers to blurring the compositional lines that confine underground music. Having worked together and separately over the years within the folds of the co-founded Ascetic House collective, Alex and Andrew have given life to a variety of projects such as Otro Mundo, Blue Krishna, Somali Extract, and Memorymann, and also have unveiled over a dozen visual, audio, and written works under various other monikers. Body of Light is simply another extension of their exercised method of immediate and natural experimentation. After previous releases on Chondritic Sound and Ascetic House including Follow The Current, Lustre, Universal Sin, Volantà Di Amore, and Limits of Reason, Body of Light teamed up with Dais Records for their 2016 LP Let Me Go. This release shows the bands evolved sound from embryonic ideas to fully-realized synth-pop anthems and erotic aesthetics. Let Me Go came full circle under the production guidance of engineer Ben Greenberg (Uniform/ The Men), and each song follows the next with lucid moments of catharsis and romanticism that pull from their self-conscious mysticism and lawless spiritual hedonism. Hesitant to define themselves strictly as a “synth-pop” collaboration, the brothers incorporate a wide variety of components into Body of Light’s sound. They attempt to formulate an unparalleled artistic direction filled with decay, warped tape loops, aging VHS home-movie sound samples from their childhood, primitive waveforms, and processed vocals tinged with harmonic specters. Their aim is to utilize past and present technologies in a way that feels unique, honest and sensible.
SIMILAR ARTISTS