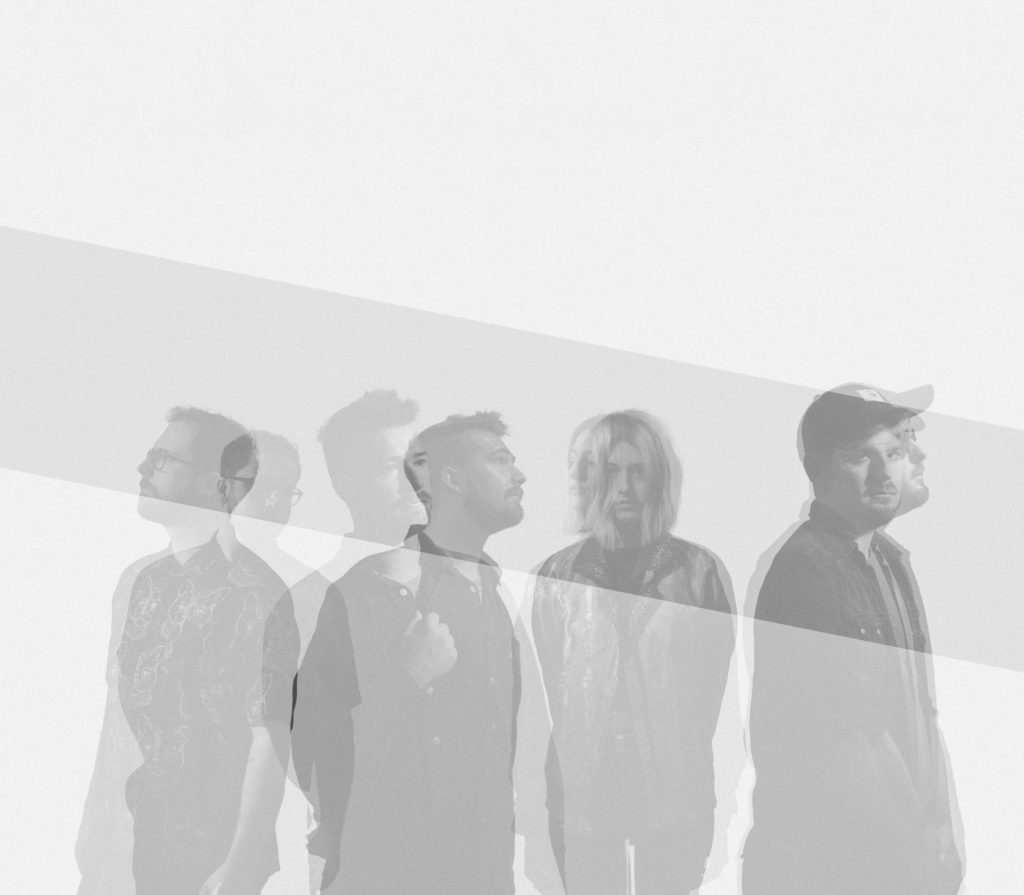 A lot has happened since Wildermiss released its auspicious debut, a promising six-song EP titled Lost With You, in 2017. In the two years since, the members of Wildermiss—Cole, guitarists Josh Hester and Seth Beamer, and drummer Caleb Thoemke—have built up a massive and fiercely loyal grassroots following in its hometown of Denver, Colorado, and crisscrossed the country winning over fans as the supporting act on tours with the Oh Hellos, Jared and the Mill and Bronze Radio Return.

More than a fan favorite, the quartet has also earned accolades from the press and radio in the Mile High City on the strength of its music and live show. “Carry Your Heart,” a Lost With You single that has attracted more than half a million streams on Spotify, received heavy rotation on KTCL, the taste-making station that first introduced the country to the Oh Hellos, The Fray, Flobots, Churchill, and many other breakout acts in the past fifteen years.

In addition to selling out the Bluebird Theater and thrilling capacity crowds with intimate back-to-back New Year’s Eve dates at the Larimer Lounge, Wildermiss has played prime mainstage sets at all of the city’s biggest music festivals, including iHeart Radio’s Big Gig at the 18,000-seat amphitheater Fiddler’s Green, the Westword Music Showcase and the Underground Music Showcase, which drew tens of thousands of fans, in addition to sharing a bill at the 6,500-seat 1STBANK Center arena with the Revivalists, Elle King, American Authors.

The outfit’s ascent has all been organic. The members of Wildermiss have attracted fans the old fashioned way by writing memorable songs and playing their hearts out each night, winning over fan after fan one at a time. As viewers who happened to catch Wildermiss on Last Call With Carson Daly can attest, the act isn’t a tough sell. Portions of the band’s set at the El Rey Theater in Los Angeles were captured for broadcast, and the performance was so compelling that it ended up airing on two different episodes of NBC’s late-night show.

But just as those performances served as a sneak peek for the fortunate few across the country who were still up in the wee hours of the morning, Lost With You merely hinted at the potential of Wildermiss. In My Mind, the outfit’s new seven-song EP, surpasses any expectations set by the group’s highly acclaimed debut. From the opening notes of “Star-Faced,” Emma Cole takes listeners on a riveting ride with melodies that are even more memorable and massive than the first outing, set over music that sounds far more refined and mature.

Cole’s captivating vocals are complemented by a captivating backdrop of effervescent guitar-driven pop on songs like “Promise Me” and “Hell Or High Water,” which would fit perfectly on a playlist between acts like Coin or Young the Giant.

And that stellar set of polished pop songs, which all seem built for big rooms, is contrasted nicely with more delicate, reflective ballads like “Paralyzed,” “Fallin’” and “Fake,” which lead into one of the EP’s more captivating cuts, “Girl,” which is propelled by textural, widescreen, cinematic moments worthy of Muse.

In My Mind has much more immediacy than its predecessor, which is ironic considering the band spent much more time writing and recording this time around. Whereas Lost With You was recorded over a few days when the group was newly minted, the members labored over producing In My Mind for the better part of a year, polishing the songs and shifting arrangements while on the road.

The members took their time to create a cohesive piece of work that truly reflects the evolution of the band and where it is at right now. From the strength of the songwriting and the clarity of the production, it’s clear that the foursome succeeded in capturing its vision. The dramatic progression is well represented by the cover of the album, which features a diorama delivered by lauded artist and photographer Scott McCormick, who expertly rendered a heady concept conceived by the band.

What appears at first glance to be a heavenly constellation of stars is actually a cluster of everyday garbage composited to resemble a faraway galaxy. Just as the artwork for Lost With You contrasted the intersection of nature and humanity, In My Mind reflects a contrast of inner space and outer space, of everyday people and their place in the universe.

More than that, though, the cover art perfectly represents the essence of the band. When first listening to the songs, Wildermiss may strike you as a pop band. If you look and listen closely, there is far more to this band than meets the eyes and ears. 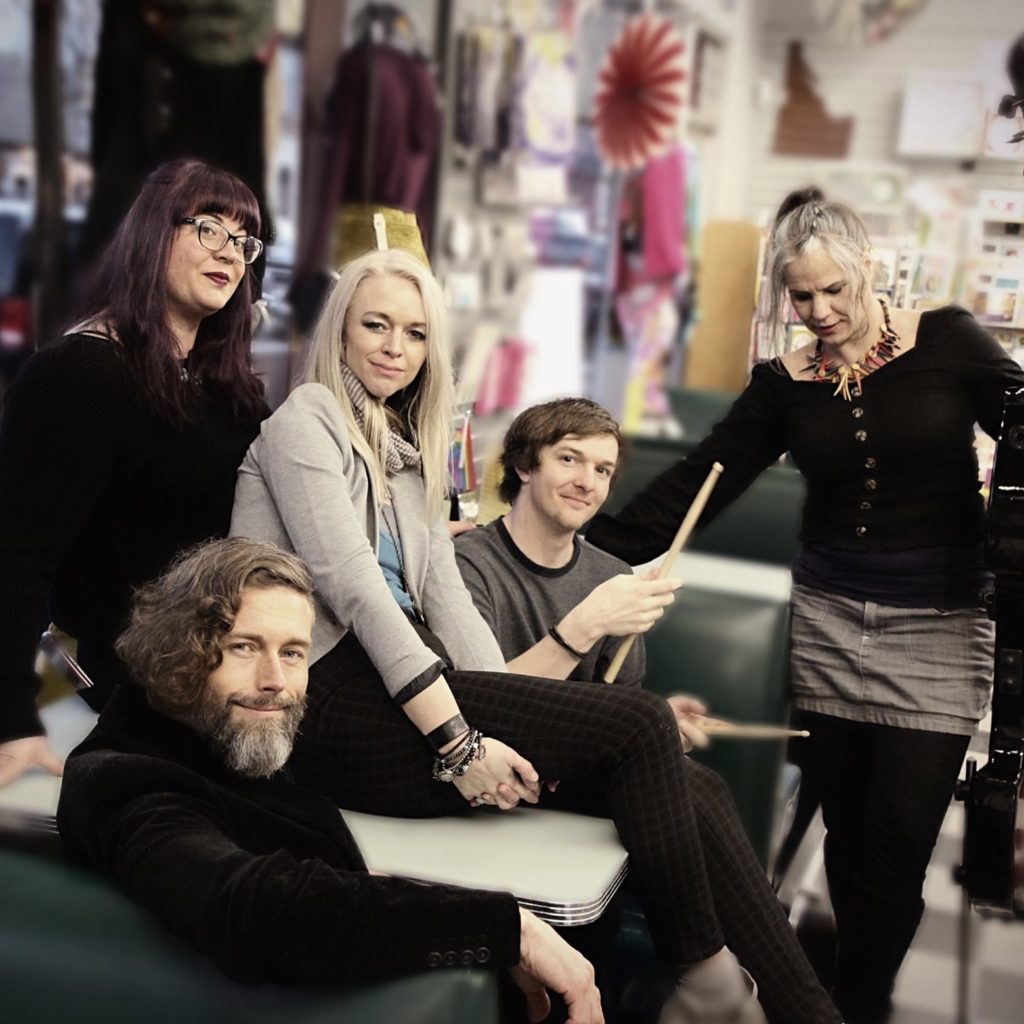 The love of music for singer/songwriter Brook Faulk comes from the same motto that makes most businesses successful…location, location, location. Raised on a cattle ranch under the Western sky, Brook comes from a long line of real cowboys and rodeo men. She grew up listening to all the old country favorites with her dad, while driving down the long dusty roads. It was there that Brook developed her love affair with music. A throwback from the past, she began singing at a young age, quickly finding her way into the rural music scene of country fairs, coffee houses, and local honkytonks.
Brook made her first trip to record in Nashville in 2003. Since that time, she has traveled back and fourth between her home in Anchorage, Alaska, and the south, where she is always busy recording and playing shows. Brook has spent the past four years performing in Alaska playing to a packed house as a front person for the most in-demand band in the state.