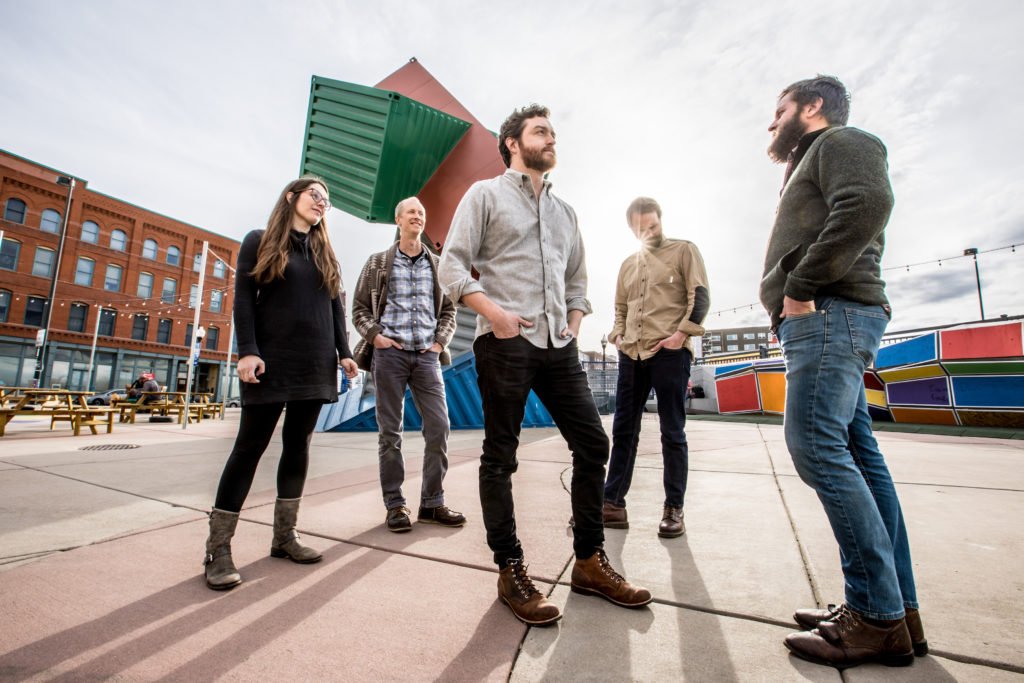 When TROUT STEAK REVIVAL won the Telluride Bluegrass Festival Band Competition in 2014, they emerged on the roots music scene to listeners anticipating the often–heard dose of progressive bluegrass with a hint of jam. Their unique brand of mountain music stood out, though, and quickly the band caught the attention of fans and folk radio DJs alike. Over the last three years, the Colorado quintet has further refined its style and, with SPIRIT TO THE SEA, delivers a mesmerizing and soul-quenching array of original songs resonating with the finer points of folk and Americana. Produced by Chris Pandolfi of The Infamous Stringdusters, the new album is a reflection of the depth and honesty of songwriting that is possible when a trusting and encouraging band of friends grows together into a band of musicians.

With each individual contributing lead vocals and instrumentation to the band’s collaborate songwriting process, TROUT STEAK REVIVAL is more than a sum of its five parts. BEVIN FOLEY (fiddle), STEVE FOLTZ (guitar & mandolin), CASEY HOULIHAN (bass), WILLIAM KOSTER (guitar & dobro), and TRAVIS MCNAMARA (banjo) take turns singing lead and harmonies throughout the album, and such sharing of the vocal ensemble roles creates a diverse and satisfying blend of musical offerings to listeners. Most of the band members of TROUT STEAK REVIVAL originally hail from the Midwest, but their lives, their musical endeavors, and the band’s identity now hold roots in Colorado. Inspired by and embodying the popular live music scene in Denver and Boulder, TROUT STEAK REVIVAL is emerging as the quintessential Colorado band. Named by Denver Westword as “Best Bluegrass Band” in 2016 and 2017, and chosen by the State of Colorado to represent the culture of its citizens on a Today Show appearance, the band draws constant recognition for its wholesome message and down-to-earth sound.

To succeed, though, a band must grow, and SPIRIT TO THE SEA expands TROUT STEAK REVIVAL’S repertoire beyond Colorado bluegrass without leaving behind the communal nature of the band’s origins. The new album is more diverse and inviting than their past albums, rolling out the carpet for new fans with many different tones, vibes, and topics underlying the songs. Whether listeners are in search of a deep connection with lyrics or simply need a good melody to dance to, SPIRIT TO THE SEA provides a mix of music that is a pleasure to relate to. Songs crafted out of love, fear, heartbreak, wonder, joy, and freedom provide a glimpse into the soulful depth of the individual members of TROUT STEAK REVIVAL and hearken back to emotions all our own.

“Trout Steak Revival continues to realize their amazing potential as a band, upping their musical game and gaining new fans all across the country. They are committed to making an original statement that’s soulful and vibrant, and their new album, Spirit to the Sea, is the best example of that yet. The band members all write, sing and play like pros, but the collective takes precedence, and that is what truly sets them apart. Trout Steak is making beautiful, lasting music, and I feel very lucky to be a part of the process.” – Chris Pandolfi, Infamous Stringdusters 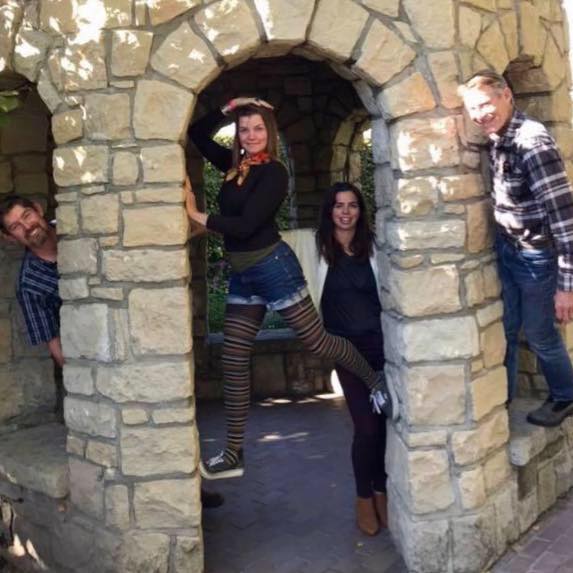 Idyltime, a band originally playing bluegrass out of southern Oregon, re-formed in 2011 when Beth and Tate Mason moved to Boise, Idaho. There they joined up with Dave Daley and Ava Honey who were hosting the weekly old-time jam at Pengilly’s. Dave and Ava continue to be extremely active in developing the acoustic roots music and square dance scene in Boise. With over 40 years of fiddling, Dave brings a lifetime of musical experience to the original songwriting of the Idyltime. We are all about enriching our lives through music and community.
Most people can hear a certain song and it will take them back to a prior experience, maybe to a feeling had and relived through a melody. Idyltime is comprised of four souls eternally searching for the source of this nostalgia. People often tell us that our music takes them back to a memory, and it reminds them of the good in the world.