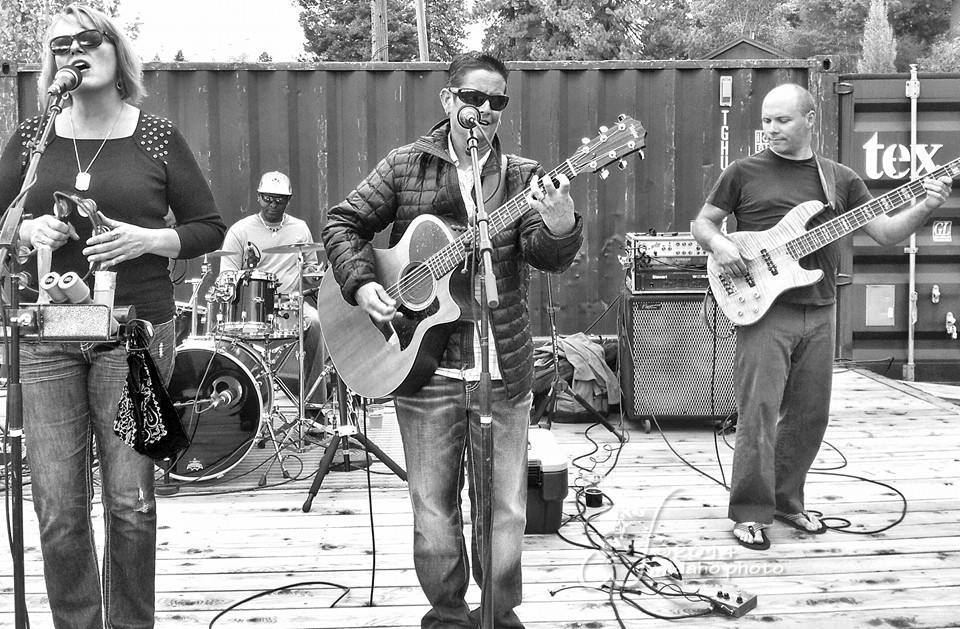 Rebecca Scott has been performing her unique brand of folk-rock in the Northwest for over 24 years. For the seventh straight year, Rebecca was named Best Singer for 2011 in the Boise Weekly’s coveted Best of Boise Readers’ Choice Awards. And for 12 years running, she was also voted in the top three for Best Local Musician (winning in 2011, 2010, 2009, 2008, 2006, 2005 & 2004), and earned 2nd place for Best Band behind national act Built To Spill. In December of 2003, Rebecca was named the top “Mover & Shaker” in Boise entertainment by the Idaho Statesman’s Thrive Magazine. Her fourth release, Can’t Get It Out Of My Head (2003), is a live compilation of her previously recorded original material plus two new cuts.

She’s recorded three all-original studio albums.
The first album, Wave To The Elephants, received national attention when the song Diggin’ a Path was used in an MTV movie soundtrack “The Anatomy Of A Hate Crime: The Matthew Sheppard Story” as well as the television show “Good vs. Evil”. Her second album, United, was acclaimed when Billboard Magazine named her one in six of the country’s top unsigned bands of 1999. The third release, The Game, was Rebecca’s first self-produced endeavor, completed at Little House Recordings with Ben Burdick. Her fourth release, Can’t Get It Out Of My Head (2003), is a live compilation of her previously recorded original material plus two new cuts. And last but not least, her 2010 CD, By Request, features cover songs that have been requested the most by her audiences.

During her musical career, Rebecca has had the opportunity to perform with Jonatha Brooke, Shawn Colvin, and with Dar Williams and other artists at Lilith Fair and other NW music festivals. The band recently shared billing with Keb Mo, Cowboy Junkies, Dishwalla, Shelby Lynne, Curtis Stigers, Melissa Ferrick and Garrison Starr.