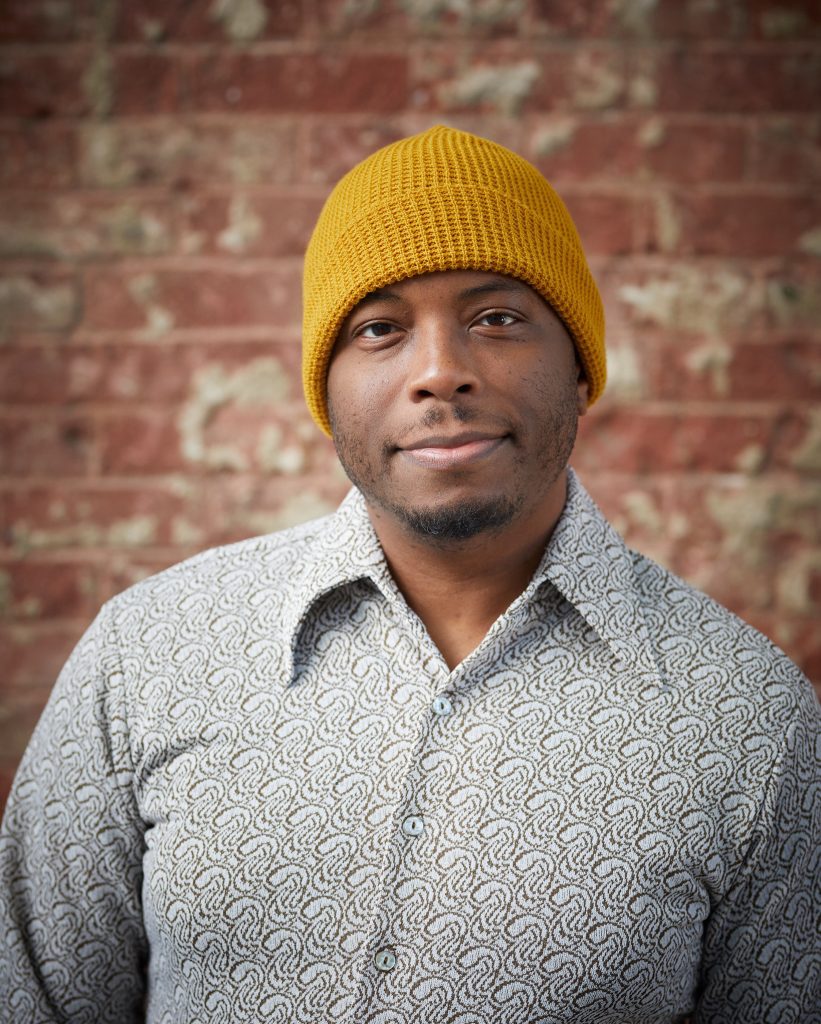 The origin story is almost too good to be true. A teenaged Quinn DeVeaux, raised on a healthy diet of his mom’s 80s R&B favorites and dad’s classic rock leanings, left his hometown of Gary, Indiana, and was driving across the country when he really heard Muddy Waters for the first time. He recalls, “I couldn’t believe it. Didn’t seem real – that bone-raw emotion.”

Quinn was no stranger to the important legacy of American roots music; it was entwined with his family’s heritage. His jazz singer grandmother mentored him on church songs and harmonies and nudged him into piano lessons. His uncle booked shows in northern Indiana, coaxing the likes of Chicago-based blues giant Howlin’ Wolf 30 miles south to Gary. By the time Quinn started digging into Chess Records artists like Chuck Berry and Bo Diddley, he was accepting a call to action.

And like any good legend, DeVeaux left home for the wider world: first to Kansas, then to Olympia, Washington, to attend Evergreen State College, and a brief stint in Los Angeles (immortalized in his 2013 ebullient kiss-off “Left This Town”), before finding a spiritual home in San Francisco. By the time he began sharpening his performance and songwriting chops through Bay-area cover bands, Quinn had been baptized by Ray Charles, Al Green, and, most profoundly, the working man storyteller Bill Withers.

After playing in a number of configurations that explored all corners of his musical passion, Quinn DeVeaux assembled his Blue Beat Review, which merged his diverse tastes into a rollicking itinerant house party, demolishing venues and releasing several acclaimed records featuring Quinn’s ever-swelling writing and performing skills.

By the time DeVeaux dropped 2018’s This Could Be Yours, he craved a leap of faith and decamped to Nashville to work on his follow-up, 2020’s confident classic Book of Soul. Featuring new spins on modish 60s R&B (“All I Need”), simmering Al Green-inspired soul (“Come On Home”), Beale Street swagger (“Good Times Roll”), and afterhours gutbucket blues (“Stay the Night”), DeVeaux’s Nashville gambit paid off handsomely, solidifying his reputation as versatile and powerful artist.

Pausing briefly to work with old SF friends and bandmates The California Honeydrops on a stellar 2022 single, “Take You Back” / “Very Best Thang”, found Quinn building on Book of Soul’s momentum and marked a particularly prolific period in his songwriting, seemingly plucking from the air a wide variety of songs. Quinn explains, “I write everyday and it’s a puzzle that gives me so much joy to assemble. The songs already exist and they’re just waiting to be revealed.” In the past few years, DeVeaux has even created an alter-ego project, Flamingo Dores, to spotlight his Americana output, as evidenced by his rootsy “Home Again” single.

And now, Quinn DeVeaux’s latest album Leisure finds the singer-songwriter continue to refine his soul while injecting his work with new elements. Here are familiar DeVeaux calling cards: the appropriately swampy New Orleans funk of “Bayou,” “You Got Soul”’s joyous gospel vamp, and the epic ballad “Give Love a Try,” a sure-bet future live showstopper. But Leisure also revels in a broader palette as seen in “Evil Woman”’s organ vs. synclavier showdown and the smoky 50s lounge vibe of “Many Days” before horns launch the tune into Ennio Morricone terrain. The album’s most compelling moments, however, are found in DeVeaux’s restless songwriting, which explores new stylistic lanes and takes on weightier themes. Revealing some of that Nashville influence, the timeless “Endless Sea” is stately master-crafted countrypolitan. And “USA” digs into Quinn’s midwestern story with evocative precision: “wake up early on a Sunday morning, put on a cotton suit / I didn’t mind the songs we sang, but preachin’ I could never do” before resigning to “bow my head and roll my eyes – oh, USA.” This winking, ultimately loving tribute to America is elsewhere undercut by the shattering quiet reflection “Holiday,” which probes decades of racial violence from its opening couplet “I can’t forget the face of Emmett Till / And all the faces they take from us still.” Taken together, Leisure’s varied, assured, and personal tracks are as complicated as America itself. A consummate artist, Quinn DeVeaux traverses his country’s joy, faith, and pain to create beauty forged in tradition and burnished with new spirit.

Considering his journey up to this point, DeVeaux hearkens back to that pivotal Muddy Waters epiphany on the road out of Gary. “We go back to the stuff we love from the past because we know it’s good and we are chasing that first ‘pull over out of awe’ feeling. But then when something new comes out that gives you that feeling or close to it, it’s the best. Yer Shaking all over.”

Rhodes Hull is a 20 year-old multi instrumentalist from Boise, Idaho who writes, performs, and produces all his music.