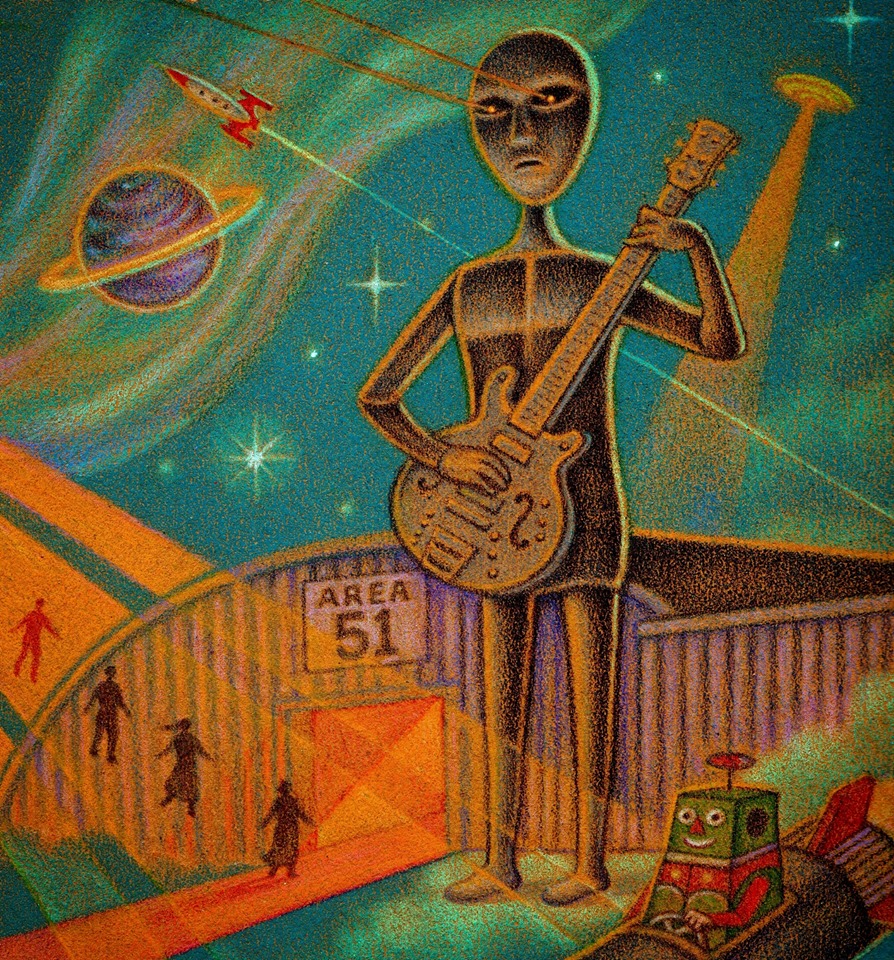 Os Mutantes (“The Mutants”) are an influential Brazilian psychedelic rock band that were linked
with the Tropicália movement of the late 1960s. When Os Mutantes was formed, it combined
influences from psychedelic acts from the English-speaking world like The Beatles, Jimi Hendrix,
and Sly & the Family Stone with bossa nova, tropicália, samba and the cultural legacy of the

One of the most well-known and influential rock bands in Brazil, Os Mutantes are cited as a major
influence to many contemporary underground or independent bands in the United States and
Europe. Beck paid tribute to the group with his single “Tropicália” from the album Mutations. The
Bees (UK band) covered “A Minha Menina” on their first album, Sunshine Hit Me. Red Hot Chili
Peppers bass player Flea has stated on his Twitter account that he is a fan. Kevin Barnes of Of
Montreal cites Os Mutantes as an important influence. Talking Heads frontman David Byrne has
worked to publish and promote the group’s music through his Luaka Bop label. Kurt Cobain
publicly requested a reunion tour from the trio in 1993, writing a letter to Arnaldo Baptista, but the
bands first live performance since 1978 was at London’s Barbican Arts Centre on May 22, 2006 –
(though without Rita Lee, who was replaced with Zélia Duncan on vocals). This performance was
followed by shows in New York City, Los Angeles (with the Flaming Lips), San Francisco, Seattle,
Denver, Chicago, and Miami. However in September 2007, both Arnaldo Baptista and Zélia
Duncan left the band, each expressing wishes to continue with their respective solo projects.
Sérgio Dias, however, vowed to keep the reformed band alive, not wanting to let “the giant sleep
again”, as he put it. And so, led by Dias with Esmeria Bulgari on vocals, Henrique Peters on
keyboards, Vinicius Junqueira on bass and Claudio Tchernev on drums the band toured
extensively enjoying some great highlights such as “A Minha Menina” featuring as the audio track
for the McDonald’s commercial “Victory” in June 2008, their first new release in 35 years, “Haih Or
Amortecedor” (ANTI- Records) in September 2009. Extensive tours in support of the album
including Glastonbury Festival in June 2010. In 2011, they collaborated with Of Montreal on the
song “Bat Macumba” for the Red Hot Organization’s most recent charitable album “Red Hot+Rio
2.” and in 2013 the release of their album “Fool Metal Jack”. In 2017, Sergio Dias collaborated with
the English singer-songwriter, Carly Bryant and subsequently she was put into the band’s line up
on vocals, guitars and keyboards. Tres Olhos Music Festival quoted after her debut performance
“”Packed with the new vocals, Carly Bryant took the audience to ecstasy, showing she’s here to
stay.” The six piece release the single ‘Black and Grey’ in late 2017 and are currently working on a

“There was nothing quite like Os Mutantes, and there still isn’t” The Guardian 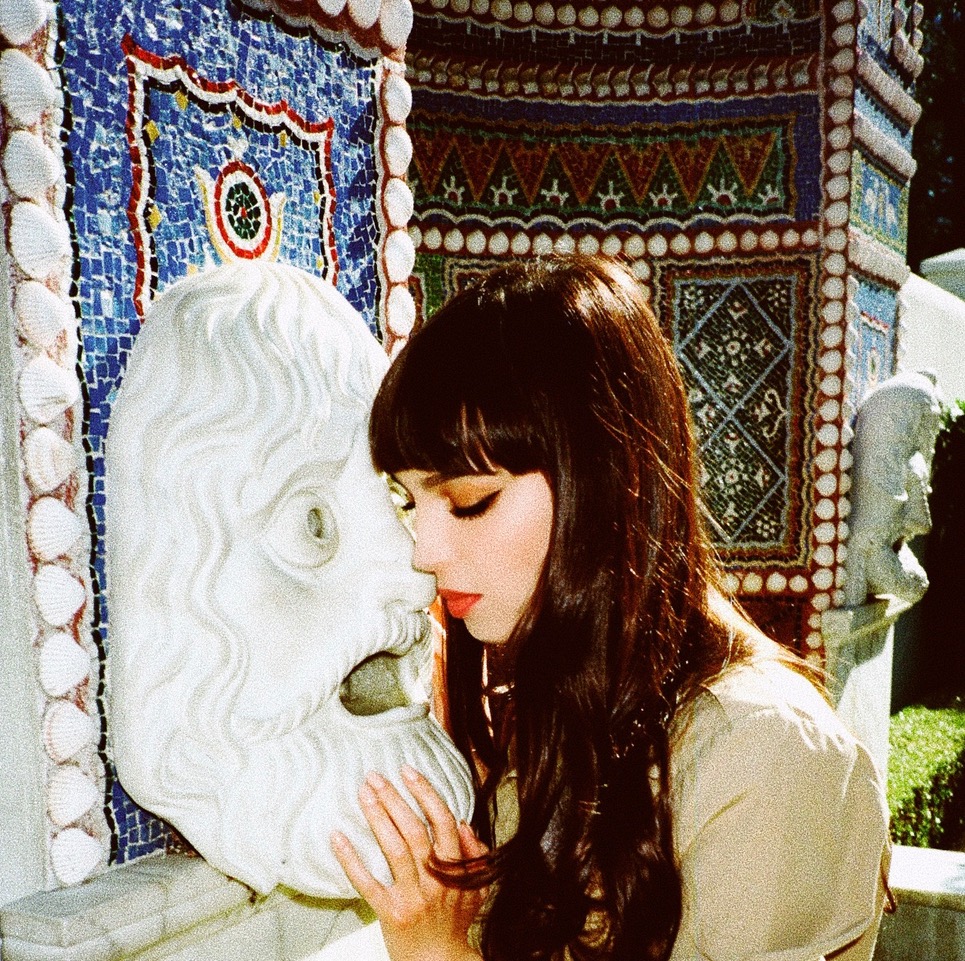 Claude Fontaine is an American girl with a French name who never felt like she fit in anywhere she happened to call home. One particular year she was awash in a grey London fog that matched the fog and grey in her own too-recently broken heart. While living right off Portobello Road, she stumbled into the record store down the street and in a flash of luck—or fate—that particular record store turned out to be Honest Jon’s, a long-lived spot for records collected from the furthest edges of the world… “I wandered in one day and from the first moment I was under a spell,” she says. “I was transfixed. I’d go in there daily and have them play me every record in that store probably to the point of driving them completely mad! But I had fallen in love …”

And because she loved those records so much, she decided to make a record of her own—an album singing her own love songs (with Jane Birkin-style ye-ye elan) that was itself a love song to classic reggae and Brazilian music, and an album honoring that feeling of finding a home away from home.

Two years later, She finished her album in two potent sessions with Tony Chin, (Dennis Brown, Althea and Donna, King Tubby) Airto Moreira ( Miles Davis, Astrud Gilberto) and a murderer’s row of their connections—bassist Ronnie McQueen of Steel Pulse and Ziggy Marley drummer Rock Deadrick, Now Again Records guitarist Fabiano Do Nascimento, Sergio Mendes percussionist Gibi Dos Santos and Flora Purim bassist Andre De Santanna. Side A is the reggae, five songs about love gone wrong that sound like they came out of Jamaica in the early 70s, and side B is the Bossa/Brazilian side. All together, it’s a valentine to this special music that called out to her from the other side of the planet: “I hope this record will transport people,” she says. “I wanted it to feel like those lost records, like it got lost in the bottom bin of some world music store in London because that’s how I felt when I walked in to that record store. I want it to be its own world.”