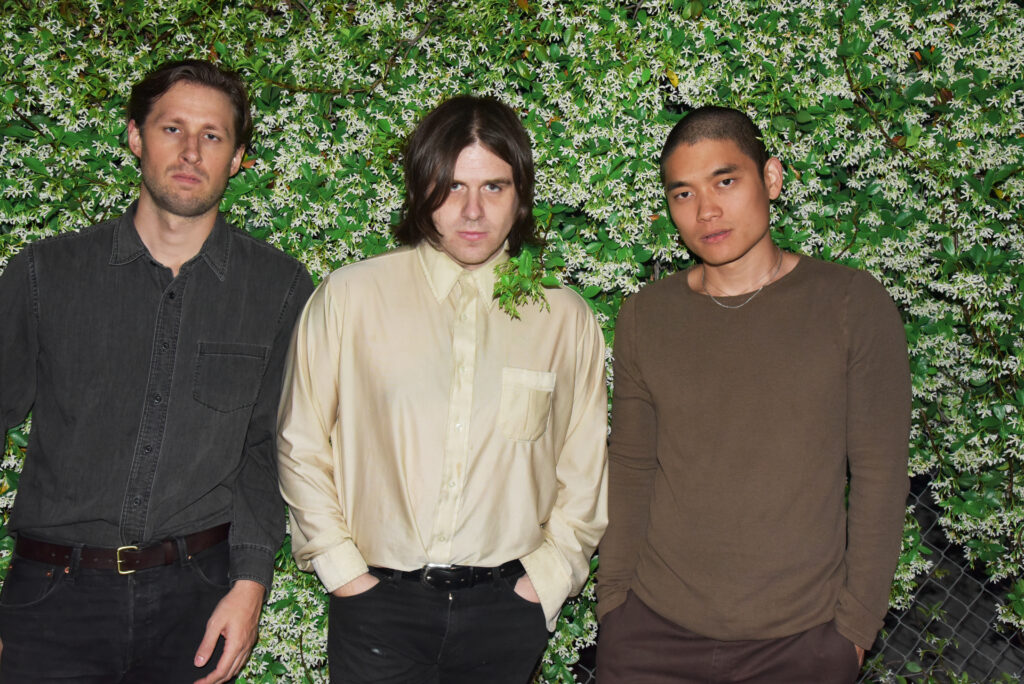 Within the fertile West Coast rock scene of the 2010s, Meatbodies’ Chad Ubovich was a
perennial candidate for MVP. Over the course of the decade, the Los Angeles native could be
seen peeling off guitar solos in Mikal Cronin’s backing band, supplying the Sabbath-sized low
end for Ty Segall and Charlie Moothart as the bassist for Fuzz, and, of course, fronting his own
Meatbodies. That recently dormant noise-damaged freak-rock outfit now returns with 333, a
corrosive stew of guitar scuzz, raw acoustic rave-ups, and primitive electronics. That acidic mix
didn’t come from nowhere. Because the downside to maintaining such a prolific work rate is that
the threat of burnout becomes a looming occupational hazard, and after touring behind
Meatbodies’ second album, 2017’s Alice, Ubovich finally hit his breaking point.
“I’d been touring for eight years straight with all these bands, and just couldn’t do it anymore,” he
says. “There was also a feeling in the air that everything was changing, politically. Things just
didn’t feel right, and I went down a dark path.”
Fortunately, Ubovich was able to pull himself back from the brink and, upon getting sober, began
writing and recording at a furious pace. By mid to late 2019, Meatbodies—Ubovich and
drummer Dylan Fujioka—had a new album in the can, ready to be mixed. But when COVID hit,
the band, like so many other artists, put their release on hold as they rode out the pandemic’s
first wave. During that idle time, Ubovich discovered a cache of demos that he and Fujioka had
recorded in a bedroom back in the summer of 2018, and he really liked what he heard. In
contrast to Meatbodies’ typical full-band attack, it was deliriously disordered. “It sounded gross,
like a scary Magical Mystery Tour,” he recalls proudly. After subjecting them to some
mixing-board freakery, Ubovich fast-tracked the songs into becoming Meatbodies’ third release,
333.
But while the new record diverts sharply from the evolution established by the punk rippers of
Meatbodies’ 2014’s self-titled debut and the fuzz-metal fantasias of Alice, it’s born of the same
econo spirit that birthed the band in the first place. Ubovich founded Meatbodies in 2011, when
a new generation of outfits rose from the ashes of the previous decade’s geopolitical tumult. The
period set a whole generation adrift—there were no jobs, no money, no opportunities. The
stability of previous eras was out of reach. But for artists like Ubovich, there were still ways to
move forward. “We had vans and guitars,” he says. “So we made our own thing.”
While 333 charts Ubovich’s journey from drug-induced darkness to clear-eyed sobriety, it also
reflects how the world he re-entered was still pretty messed up—if not more so. That psychic
tug-of-war plays out on the opening “Reach for the Sunn” whose distorted slow-motion creep
leads to a chorus both celebratory and dispiriting: “Reach for the stars/reach for the sun/reach
for the trigger/reach for the gun.” In writing these songs, Ubovich realized that he wasn’t so
much singing about his own path, but something much greater than himself. “These lyrics are
dark, but I think these are things that a lot of people are feeling and going through, especially
Americans,” he says. “We’re watching the fall of U.S. capitalism, and 333 is a cartoonish
representation of that decline.”

But as much as it speaks to the disillusionment of a lost generation, 333 also abounds with the
innovation that limited resources can inspire. To set the Zeppelin III-styled pagan-campfire jam
“Let Go (333)” in motion, Ubovich tapped out the beat with drumsticks on his pillow, while
“Nighttime Hidden Faces” melds two completely different demos together, steering its Stereolab
synth drones into a mind-bending boogie worthy of Royal Trux. The instrumental “Eye Eraser”
might be 333’s greatest example of hermetic ingenuity—what may have turned into a shoegaze
rager is instead rendered as a blissful union of brain-fogging fuzz and minimalist electro beats.
Ironically, by working within a tighter lo-fi schematic on 333, Meatbodies have greatly expanded
their palette, opening new portals to explore. And yet for all its free-ranging experimentation,
333 arrives at a tidy, full-circle conclusion with the sundazed serenade, “The Hero,” a song that
Ubovich sees as a logical bookend to the opener. As he explains: “One is the id, one is the
super-ego, Although I don’t know which is which. They’re both very sardonic and defeatist in a
lot of ways, but ‘The Hero’ is supposed to be a little funnier, laughing at everything.” He’s earned
the right to a chuckle: For an album that wasn’t supposed to exist, 333 is the ultimate testament
to Meatbodies’ renewed vitality. 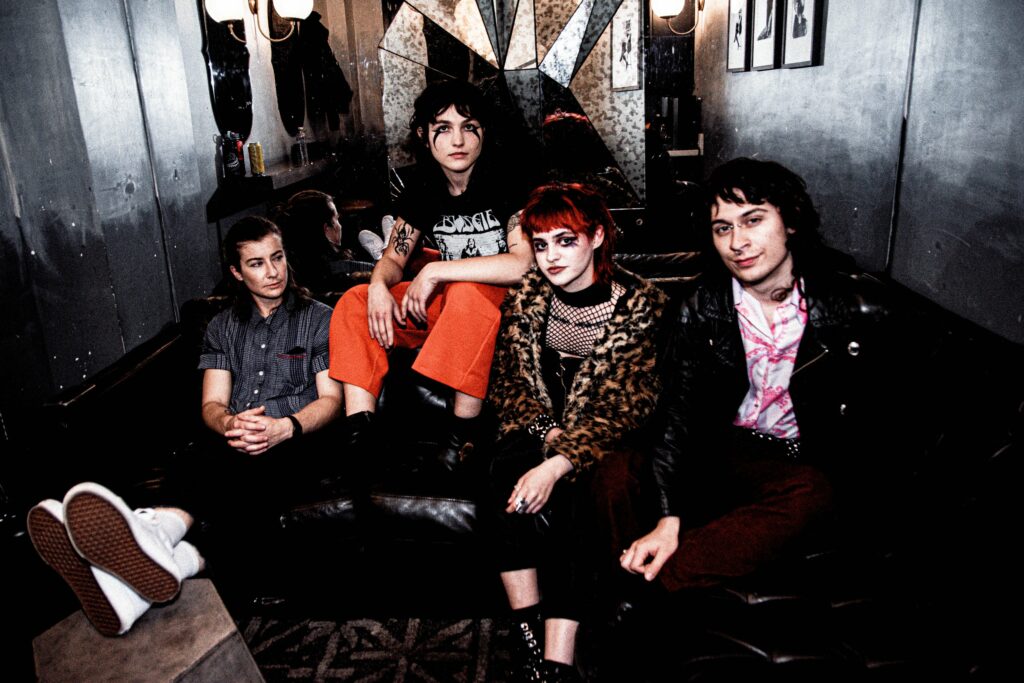