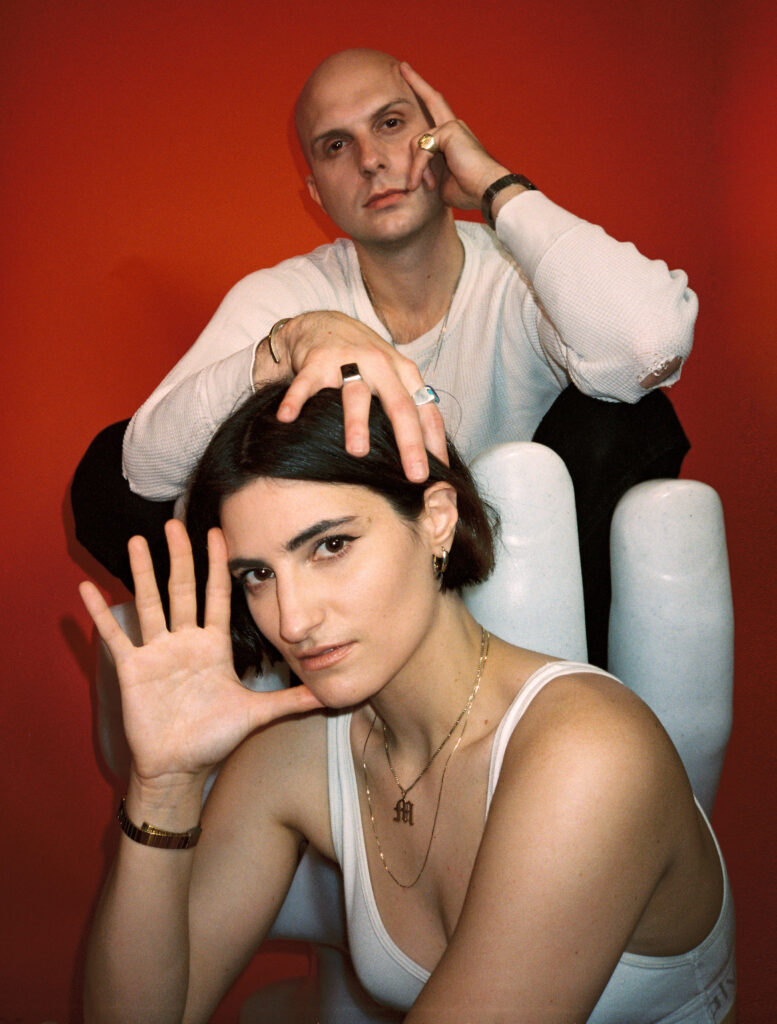 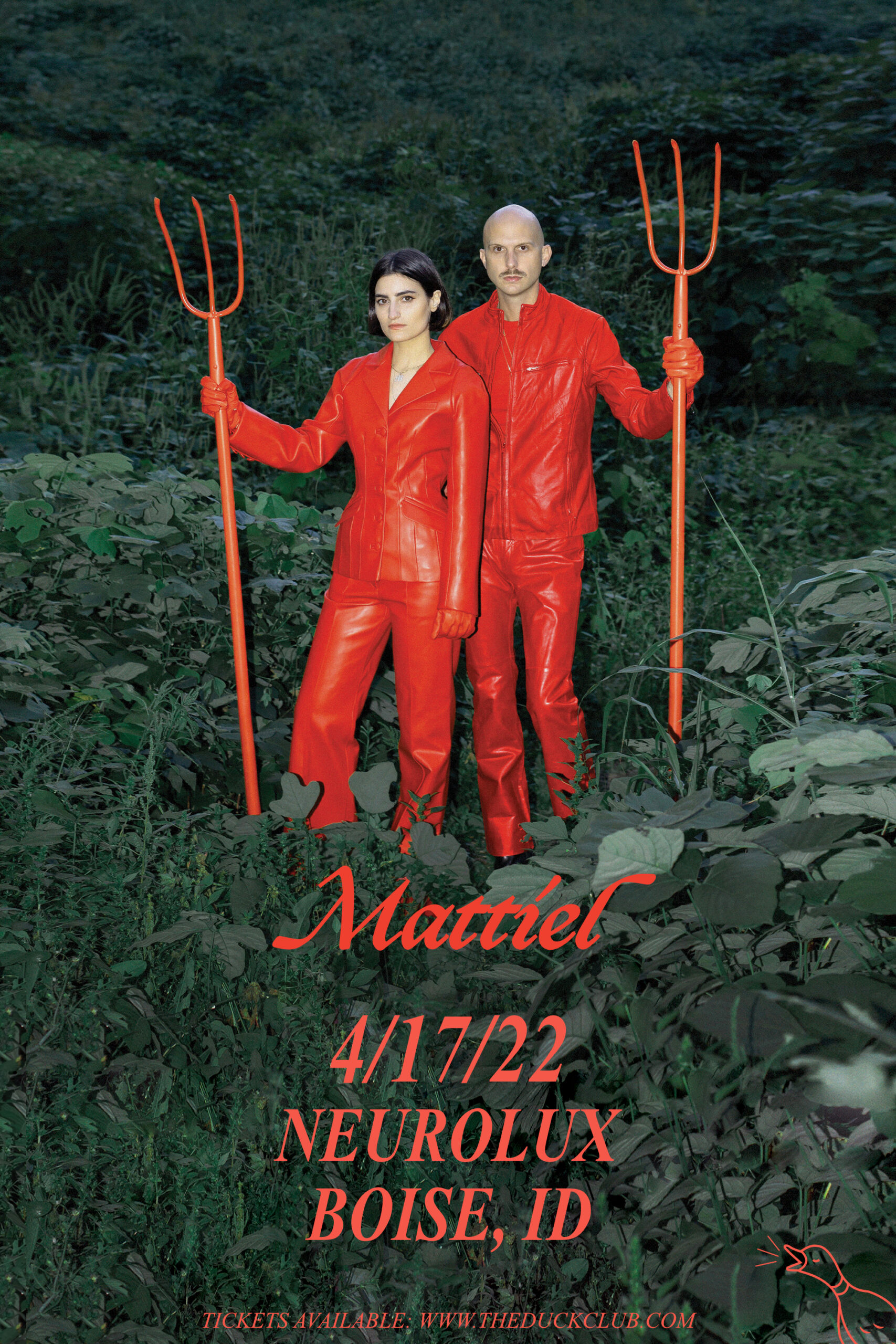 Georgia Gothic, a magic third in Mattiel’s run of full-length albums, was shaped in the quiet seclusion of a woodland cabin in the north of the Atlanta duo’s mother-state; “Some faraway place that just Jonah and I could go where there would be no distractions, nothing else going on, and we could turn everything off and only focus on writing songs”, reflects Brown. Where 2017’s self-titled debut and its 2019 follow-up Satis Factory were written with what Swilleyrefers to as a “hands-off” approach — he arranging the music and Brown the lyrics and vocals, the two working largely separately — the making of Georgia Gothic was, for the first time, a truly collaborative undertaking. “This was the first time we made a point to just be together and work out ideas in the same room. That was the initial intention … it was about learning what each other wanted to accomplish on a sonic level, and then just trying different things out” Swilley continues. “Everything happened backwards. Normally, you’d have friends that make a band … with us, we started making music from the jump, and then became homies.”

Cultivated by time spent together on the road touring the first two albums, it is this newfound sense of intimacy between Mattiel’s members that enabled the writing of Georgia Gothic not as two separate musicians, but rather as one creative entity. The album remained within the four walls of Brown and Swilley’s private world for much of its evolution — with recording taking place in a simple studio set up by the pair in the borrowed room of a dialysis centre, Swilley in the producer’s seat — until, nearing completion, it was transferred into the trusted hands of the Grammy-award-winning John Congleton (whose extensive list of credits includes artists as diverse as Angel Olsen, Earl Sweatshirt, Erykah Badu and Sleater Kinney) for mixing.

Not only does the affinity between its creators translate into an electric synergy between Georgia Gothic’s words and music — the brine-shock of Brown’s taut lyricism cut against the bourbon-smoothness of Swilley’sinstrumentation — but here too are the palpable spoils of experimentation, each party trustful enough of the other to trial and error their practices into new geometries. Swilleyputs this wide palate, in part, down to the place they call home. “I definitely feel like being from Georgia allows us to have a certain way of approaching music”. Brown chimes in: “We haven’t really highlighted where we’re from in the past two records, even though those were also written in Georgia. There’s so much great art and great music that’s come from Georgia, from all different types of genres and all over the state — but take R. E. M. and OutKast: there’s this weirdness that I can’t really put my finger on.” Swilleyconcurs: “It’s the same with the B-52s, the Black Lips … it doesn’t feel like L.A., it doesn’t feel like New York, it feels like another planet. We’re not really in a ‘scene’ here in the same way. You have to make your own sound, create your own identity.”

And it is precisely the forging of Mattiel’s distinct musical identity that Georgia Gothic signals; its members guiding each other ever-homewards not just in a geographical or sonic sense, but spiritually, too. 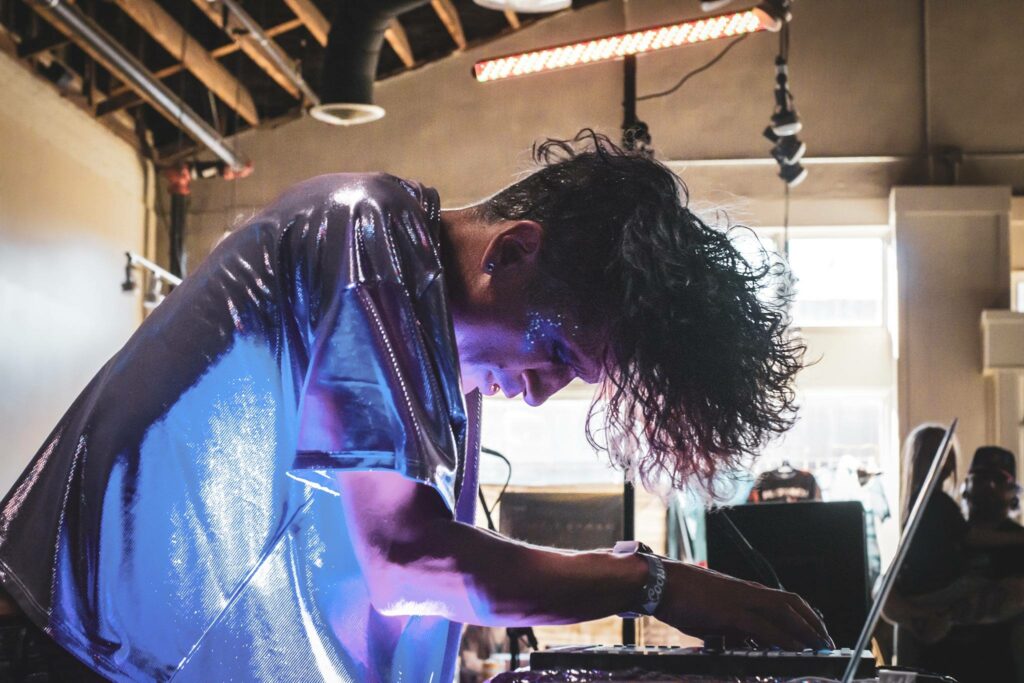 Boise based dreamy synth pop artist. Creating spaces that feel like a dream tonight, a little break in time.