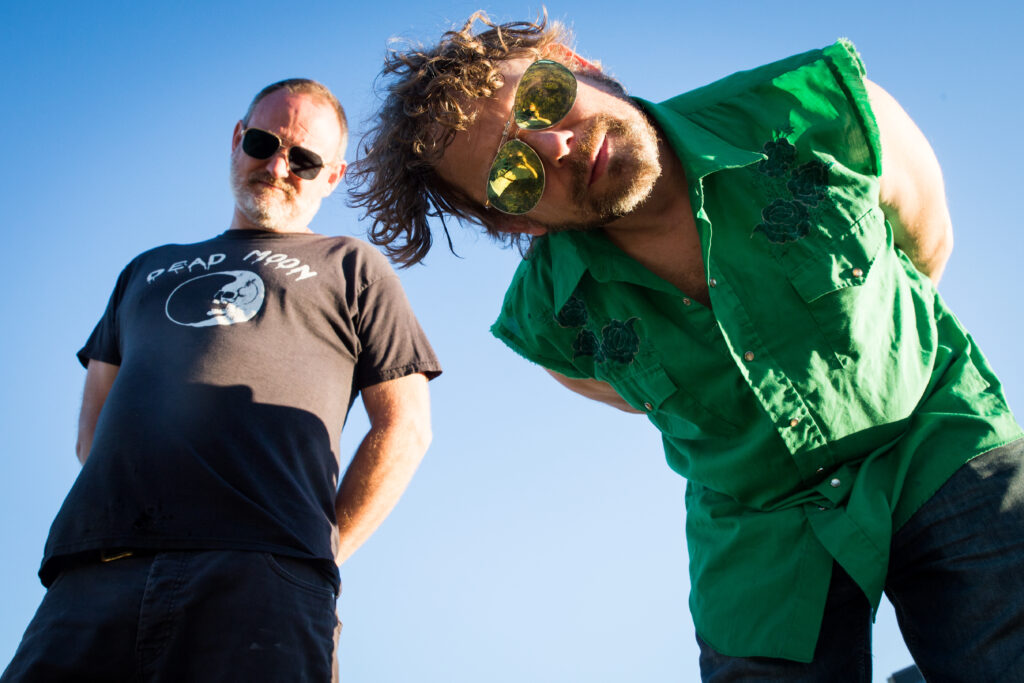 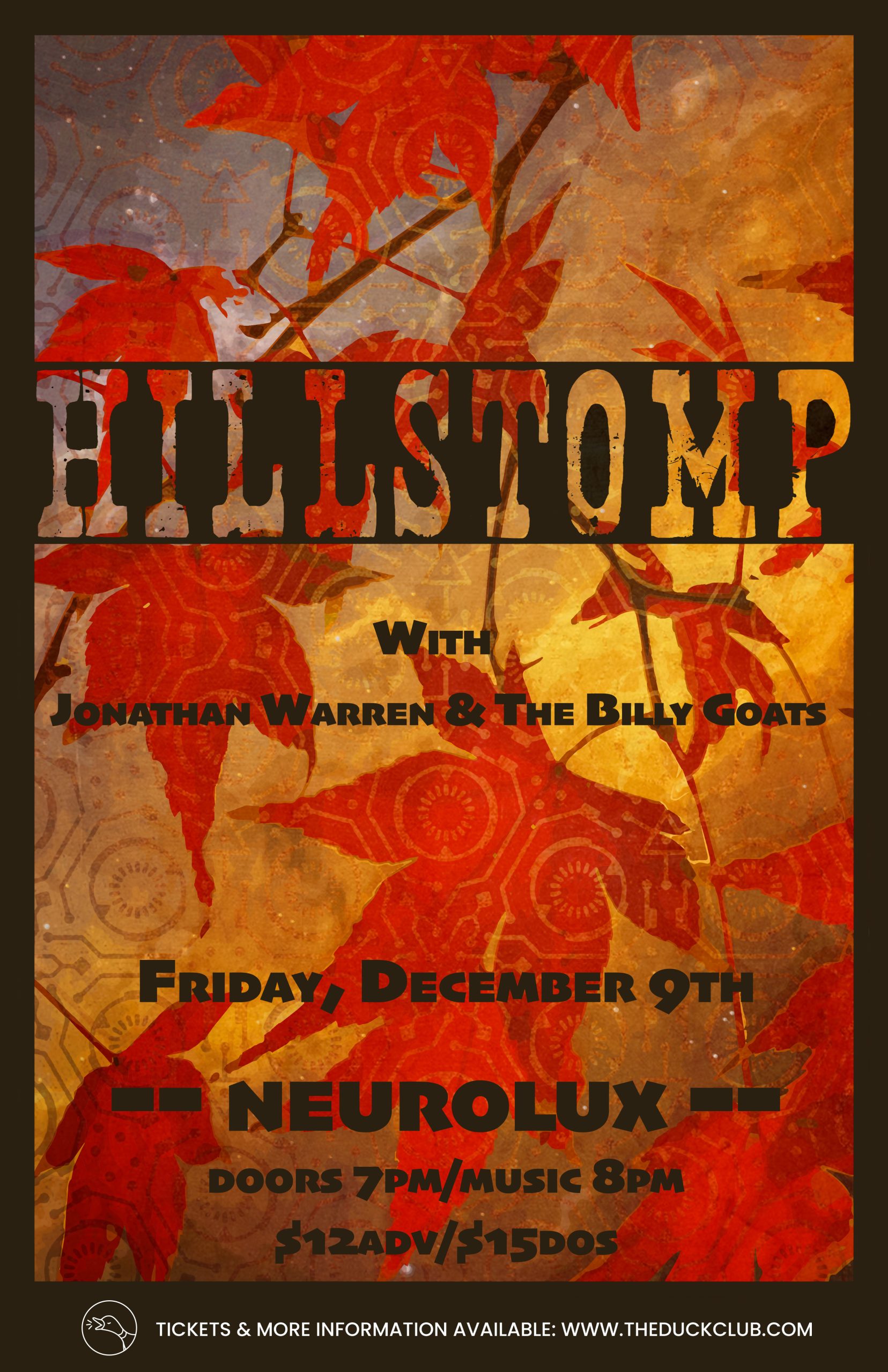 Hillstomp is a 2-man band comprised of Henry Hill Kammerer and John Johnson. Henry plays guitar and banjo like a hurricane, and if you close your eyes you’d swear he’s playing 2 parts at once. John Johnson beats mercilessly on his drums, with the fury of a demon loose from hell. Once you get past the pure ferocity of his playing, you notice the parts are intricately crafted patterns that provide the framework for Kammerer’s guitar and banjo sorcery.
The whole thing started as a love letter of sorts to North Mississippi blues played by the likes of RL Burnside and Junior Kimbrough. It first caught on in college towns like Eugene and Olympia, but soon bigger cities got it as well. The band stayed there for a few years and then started to morph – adding banjo and writing more and more of their own music. The fast and loud songs kept coming, but now they were interspersed with ballads and slow-burners to give the sweat-soaked dancers a chance to breathe. They have set out on national headlining tours, tore their way through Europe a few times, and opened for many of their heroes along the way.
Hillstomp sounds like a boom box blasting from a shopping cart. Two madmen have strapped an engine to the cart and it’s too big and running too hot. They’ve got a banjo and a megaphone, a washboard and a kick drum. They’ve stocked the cart with guitars, buckets, car parts, and microphones and they are hurtling towards a blown out bridge while the bad front wheel flaps manically. The fools think they can jump the bridge and land safely on the other side. They are very wrong but no one has told them because…well, they just seem so happy. And there you are, bouncing alongside them and deep down you hope they make it. Hillstomp is folk music in its purest form – from loud and gritty, to intricate and poignant, and most importantly, always heartfelt and true. 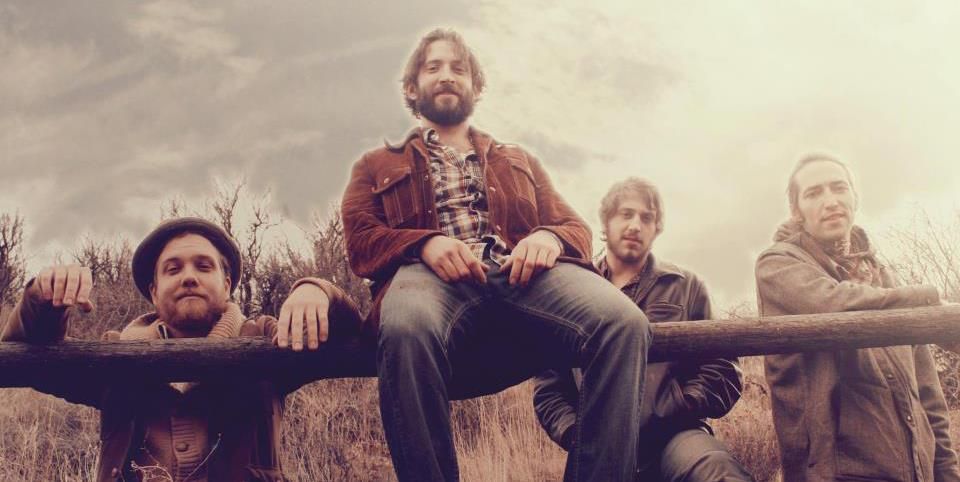 Progressive PsychoBilly Folk Grass. What is it? It’s a goat chewing on a can, it’s a cat scratching at your door, its foot stomping music that makes you want to drink a beer and eat a biscuit. It’s music that makes you jump up and down, and wake up humming in the morning. It’s tunes that stick in your bones like peach cobbler. It’s new timey, post retro, pre apocolyptic, south appalachian, gypsy folk rock.