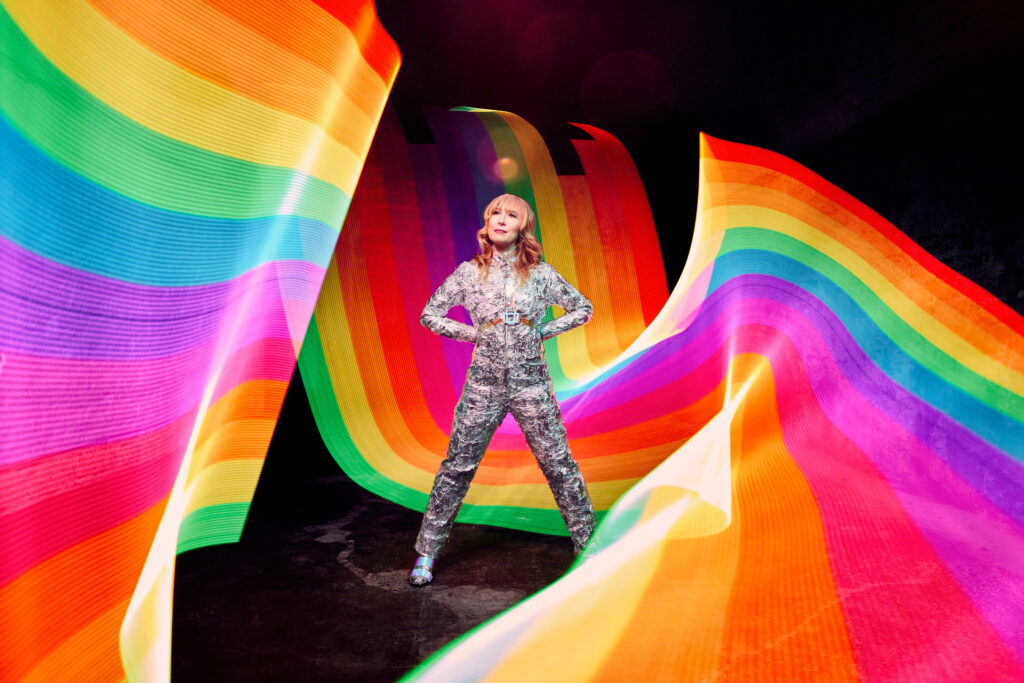 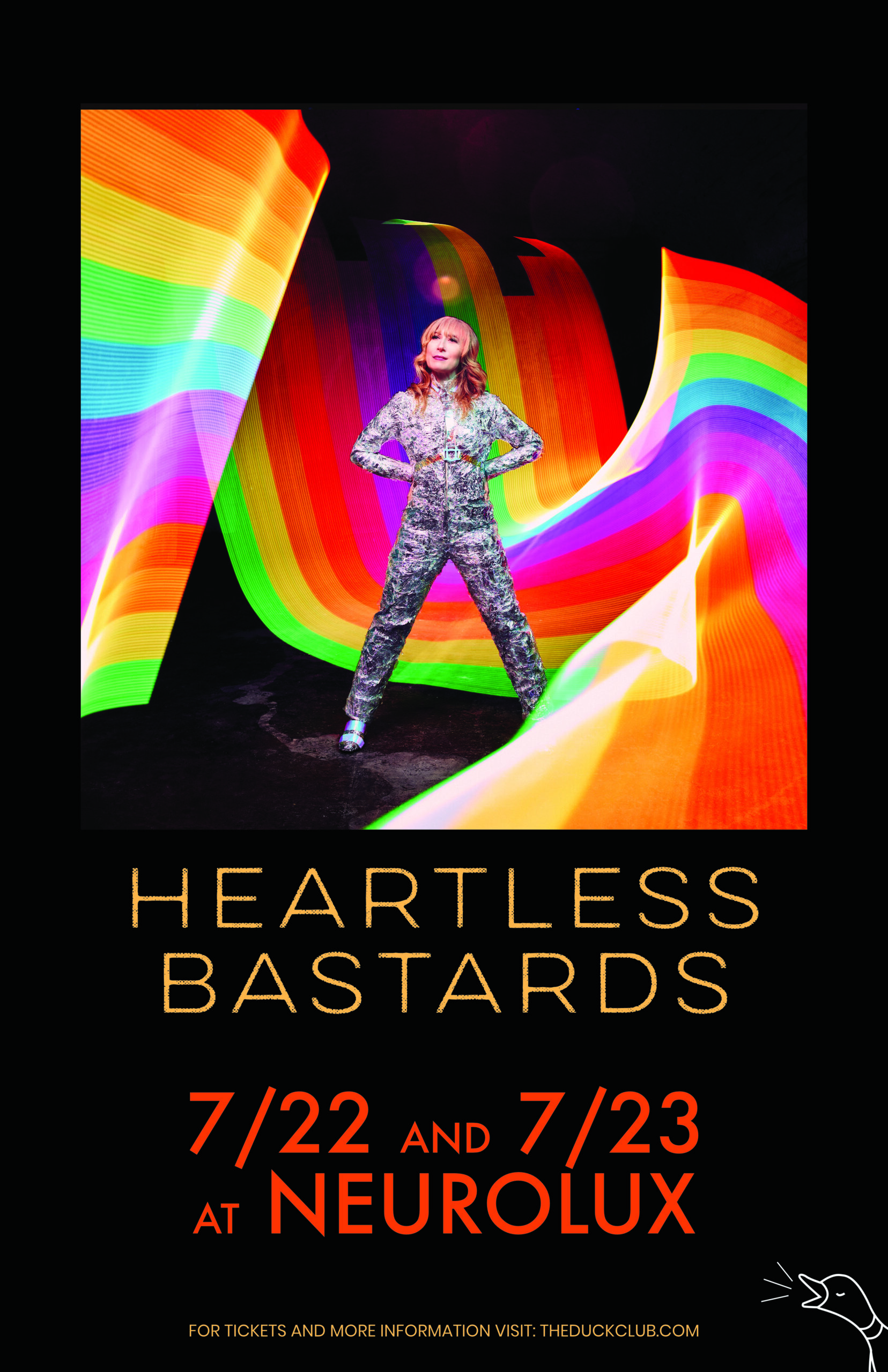 On the new album A Beautiful Life, Heartless Bastards share a wide-eyed and radiant vision for harmonizing a broken world. The Ohio-bred and Texas-transplanted band’s first new music since 2015’s Restless Ones, A Beautiful Life affirms frontwoman Erika Wennerstrom as a songwriter with the power to profoundly influence our state of mind, often by alchemizing her idealism into viscerally potent rock-and-roll songs. With its delicate coalescence of so many eclectic touchstones—French pop and Celtic folk, space rock and symphonic pop, Disney scores and post-punk—the result is an album that immediately lures the listener into a more receptive mindset, one that leads to deeper generosity, greater compassion, and a restored sense of possibility.

Co-produced by Wennerstrom and Kevin Ratterman (Strand Of Oaks, Jim James, White Reaper), A Beautiful Life finds Wennerstrom joining forces with the likes of guitarist Lauren Gurgiolo (Okkervil River), drummer Greggory Clifford (White Denim), multi-instrumentalist Jesse Chandler (Mercury Rev, Midlake), keyboardist Bo Koster (My Morning Jacket), guitarist David Pulkingham (Patty Griffin), and longtime Heartless Bastards bassist Jesse Ebaugh. Although she debated releasing A Beautiful Life as a solo effort (as with 2018’s Sweet Unknown), the Austin-based singer/songwriter ultimately conceived the album as a continuation of the journey begun on the band’s breathlessly acclaimed 2005 debut Stairs and Elevators. “I loved the last iteration of Heartless Bastards so much—they’re like family—but the stars weren’t aligning for us to reconvene on this record,” says Wennerstrom. “As the record came together I realized it’s always been my project, and I was determined to continue forth with that. I had so much faith in these songs and in myself, and in many ways it feels like a rebirth.”

Like many timeless songwriters before her, Wennerstrom channels her nuanced observation of the outside world into music that incites contemplation, catharsis, and a joyful sense of defiance. “It’s so easy to get caught up in the material goals that are prioritized by our society and the every-man-for-himself mentality of late-stage capitalism,” Wennerstrom says of the album’s central themes. “That way of thinking presents a false idea of what a beautiful life is, and I think it’s so important that we as individuals all ask ourselves what it truly means to have a beautiful life.”

Throughout A Beautiful Life, Heartless Bastards guide their audience through an unhurried pondering of that very question, an exploration that begins with the soulfully expressed frustration of songs like “How Low.” “It’s becoming harder and harder to choose a simple life; so many people struggle to get ahead so they don’t get left behind,” says Wennerstrom, who names the Jackson 5 as a key inspiration for the track’s jangly R&B grooves. “I believe that a truly elevated, conscious society is one that seeks to lift each other up—one where we work for the common good.” On “You Never Know,” the band brings in elements of Brazilian bossa nova and yé-yé, arriving at a sweetly spirited anthem against jadedness. “As we get older and experience the pain of certain plans not working out, we can build up walls to protect ourselves,” Wennerstrom says. “This song is a reminder to stay open, stay present, and keep taking chances.”

One of the most hypnotic moments on A Beautiful Life, “Photograph” unfolds as a sprawling psych-rock epic, speaking to the urgency of unconditional compassion. “There’s an extreme divide that’s developed in our society, but underneath it all I think we all want the same things,” says Wennerstrom. “One of the biggest challenges I’ve dealt with is learning that I can’t control the energy that comes at me, but I can control my reaction, and try to take a compassionate approach with everyone.” And on “Went Around The World,” Heartless Bastards elegantly merge hip-hop beats and high-drama strings in a mesmerizing meditation on the inherent connectedness of all life. “I’ve toured for years and backpacked around in my off time, and through experiencing new situations I’ve gotten to know parts of myself I’d never known,” says Wennerstrom. “It’s reinforced for me that it doesn’t matter what our race or religion is, or whether we’re male or female, straight or LGBTQ—we’re all connected to each other, and to the planet that sustains us. It’s all family.”

In the making of Heartless Bastards’ most elaborately realized body of work to date, Wennerstrom immersed herself in a highly experimental process that sometimes involved breathing new life into song fragments she’d first created decades ago. “There are little pieces of songs that I’ve had in my head for 20 years, and that finally found their place on this album,” she notes. As she dreamed up A Beautiful Life’s finely detailed yet free-flowing sound, Wennerstrom repeatedly wandered down what she lovingly refers to as rabbit tunnels. “I call them tunnels instead of rabbit holes, because they take me somewhere instead of leaving me stuck,” she says. “I allowed myself to really feel my way through things, trusting that I was going to get to where we needed to go. I never abandoned my vision, and because of that the album became everything I hoped it would be and then some.”

After recording some of the basic tracking for A Beautiful Life with Danny Reisch in Austin, Wennerstrom headed to Ratterman’s Invisible Creature studio in Los Angeles, assembling such singular musicians as Andrew Bird and Persian setar virtuoso Fared Shafinury (both of whom contributed to the wildly rambling folk of “The River”). “I made sure to pick people whose style I knew would be a perfect fit for these songs—that way I could tell them, ‘Hey, I just want you to be you,’” she says. As the album took shape, Wennerstrom and her collaborators discovered an undeniable chemistry that led her to invite Clifford and guitarist Gurgiolo into the lineup for Heartless Bastards’ upcoming live shows, marking the start of an exciting new era for the band.

For the final track to A Beautiful Life, Heartless Bastards chose a slow-burning piece called “The Thinker,” a gently galvanizing plea to “see the beauty in everything.” “There’s a line in that song that sums up the whole album for me: ‘I did it all for love and I’d do it again,’” says Wennerstrom. “For me music is a gift—I do it because I love it, and because it helps me feel more connected to the world. I think we all long for a deep connection, and I hope this record adds to the conversation on how we as a species can stop seeing ourselves as separate. I hope it helps everyone to think about how we can look out for each other, take care of each other, and lift each other up.” 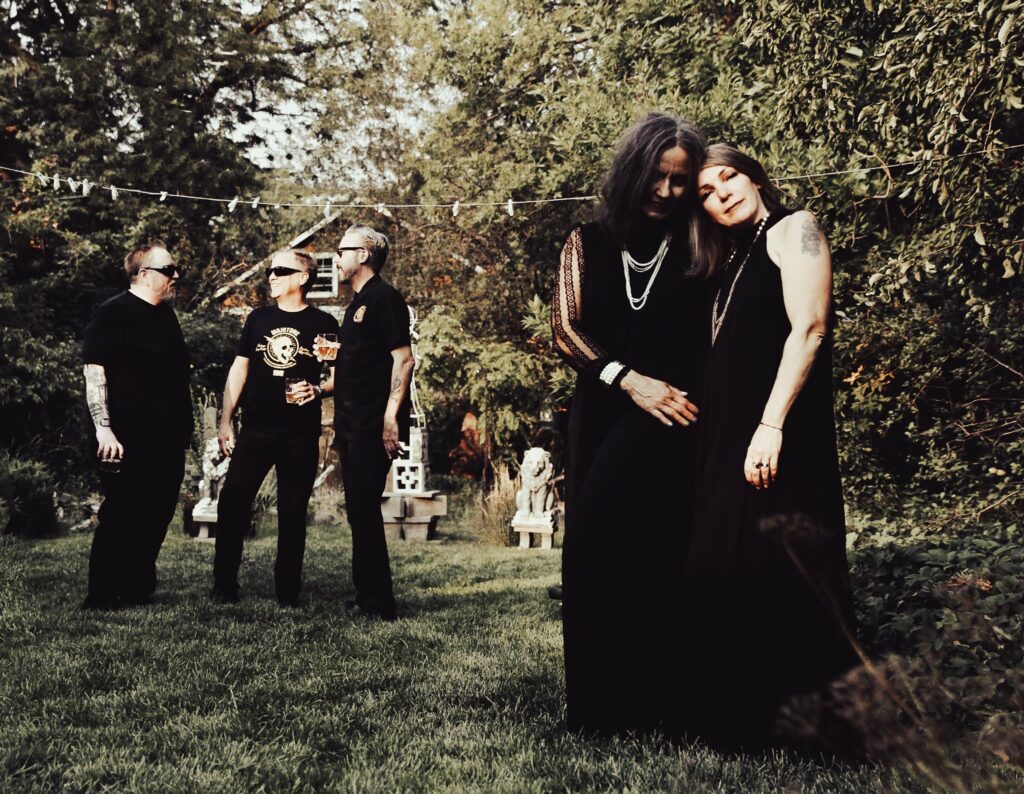 Following their muse has made Aka Belle hard to categorize – from bittersweet folksy protest pop songs, to heavy guitar driven feedback mixed with sultry, retro tropicalia jazz
vibes, they’ve been anything but predictable.

At the core, Aka Belle remains the same (Catherine Merrick, Sam Merrick and Michael P.Waite), but now with two new members who push this Boise band towards “Supergroup” status:Gina Gregerson (of much lauded Dirt Fishermen and Lovey fame) joined as backing vocalist andguitarist, and was followed closely by the addition of Troy Wright, on drums. Troy also plays inHand of Doom (a Black Sabbath tribute band); as well as being a member of Troyject,Treepeople and State of Confusion.

“Don’t be afraid of time or change – it’s constant-” Aka Belle sing in their 2021 release, “New Highs in Leadership;” clearly acknowledging and prophesying their own organic transformations as well as pushing their own boundaries.

Aka Belle are known for their DIY shows, mixing their quirky, glittery onstage performances, and catchy songwriting with haunting, passionate calls for love, resistance, equality for all, and reminders that we are all part of this beautiful Universe we all call home – they make you want to dance, hug, cry, sing along, and raise your arms to the sky.