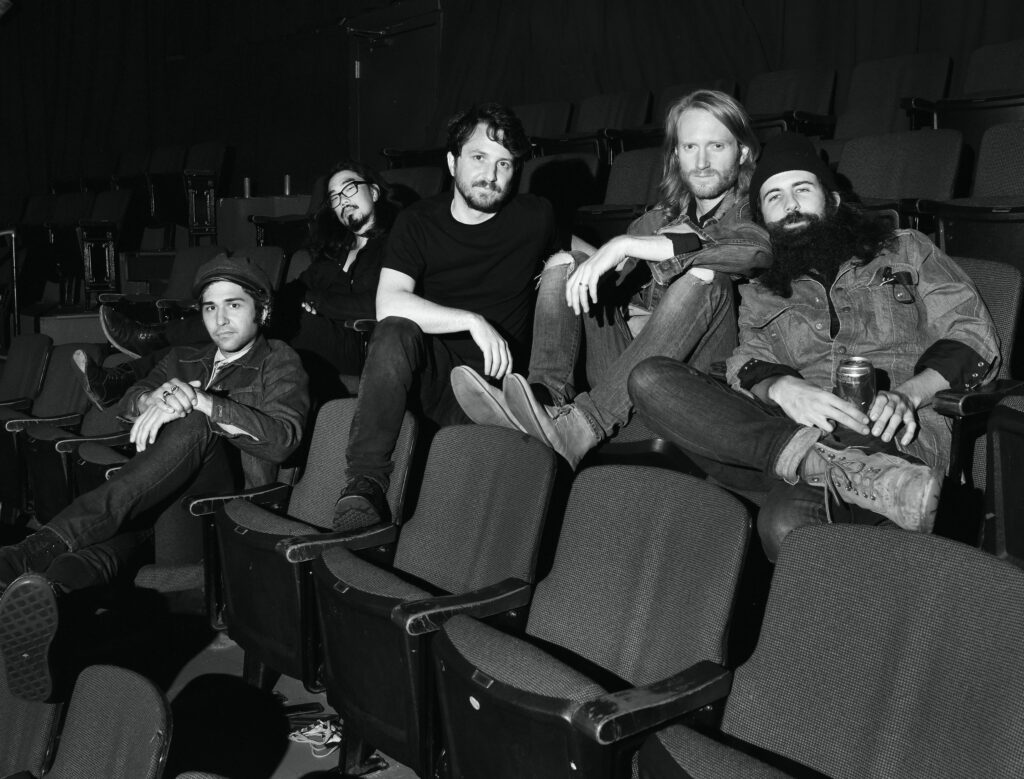 Conventional wisdom says the two frontmen of a band shouldn’t live on opposite sides of the United States, but that’s never seemed to deter Avi Vinocur and Patrick Dyer Wolf.

Goodnight, Texas is a tough-to-define storytelling folk rock band whose strength lies in unexpected sweet spots. Drawing their name from Pat and Avi’s onetime geographic midpoint (the real town of Goodnight in the State of Texas, a tiny hamlet east of Amarillo directly betwixt San Francisco, CA and Chapel Hill, NC), the five-piece band also exists at the center of its songwriters’ contrasting styles — via a 1913 Gibson A mandolin and a 2015 Danelectro Baritone Guitar, at the crossroads of folk and blues and rock ‘n’ roll, in a place where dry wit and dark truths meet hope and utmost sincerity.

The very top of 2022 brings the band’s highly anticipated fourth album ‘How Long Will It Take Them To Die’, a dark yet lighthearted shoebox of knick-knacks and newspaper clippings – perhaps reflecting on either the last two years of isolation, or the whole of American history. In true Goodnight, Texas fashion, complex but relatable characters and locations are still featured alongside stories of self-discovery, rowdy behavior and heartbreaking loss, but with a more honed sound. Thanks in part to the creative and performative talents of the lineup Scott Padden (drums, upright bass), Adam Nash (lead guitar, pedal steel, violin) and Chris Sugiura (bass), we hear Goodnight, Texas in a more detailed and developed way. Where past Goodnight, Texas albums have traveled cross-country and throughout the 19th and early 20th centuries, this new offering falls on a z-axis somewhere between the aurora borealis and six feet underground.

Of the album’s first single ‘Hypothermic’, singer and co-songwriter Avi Vinocur says:
”Stories from different corners of the American past can often be dark and heavy. Our band’s music has always followed along, telling tales of fiction and non-fiction with sonic landscapes to match. Many of our past songs and albums had taken place in the American South, Northeast, Midwest, and Southwest – but I had written a story in my notebook of a character braving the frigid tundra of Canada by car, north toward the distant U.S. state of Alaska – through hallucinations, paranoia, and exhaustion – to escape something unknown. It matched the sinister sound of this strange heel-thumper I had been working with on guitar – and together they were a perfect pair. “Hypothermic” is the result – our attempt to tell stories of America’s furthest corner, under a darker headlight, and attempting to sonically capture the heaviness of not only America’s past, but its present.”

In March 2020, as the world confronted a new indoor reality, two long minutes of the GN,TX mainstay “The Railroad” found themselves in the intro sequence of the first episode of Netflix’s “Tiger King,” which shattered streaming records with 34 million views in 10 days.

Also in March of 2020, the band released its first live album: “Live in Seattle, Just Before The Global Pandemic.” Jonathan Kirchner recorded, mixed and mastered a weekend of October performances at Tractor Tavern that featured a newly expanded five-man lineup. GN, TX rookie Chris Sugiura brings precision and flair to the bass (and strong hair); grizzled veteran and former GN, TX bassist Adam Nash slides over to lead guitar and pedal steel where he can truly dazzle; extra grizzled veteran and former GN, TX bassist Scott Griffin Padden holds steady behind the kit, beating the hell out of the available objects with aplomb. In a strange and often dark time, here is a totem of life, and a great example of the raucousness and dynamics of the band’s live performance.

In 2021, Goodnight, Texas were invited by Metallica to contribute to The Metallica Blacklist, a collection of reinterpretations of their legendary 1991 album Metallica (the Black Album). Goodnight, Texas was the only band to cover ‘Of Wolf and Man’ gaining praise from press and even Metallica themselves – they used the song over the PA following their live performances in late 2021. 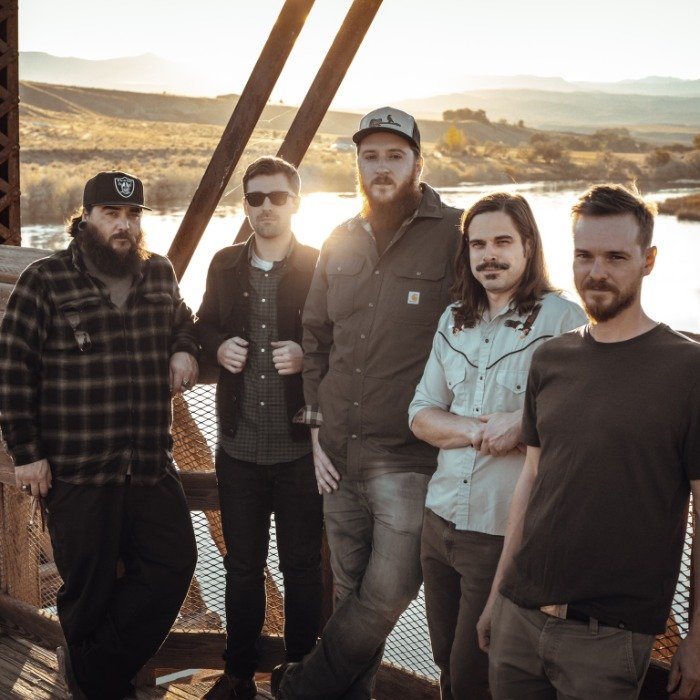 Loud and rowdy outlaw country and rock and roll