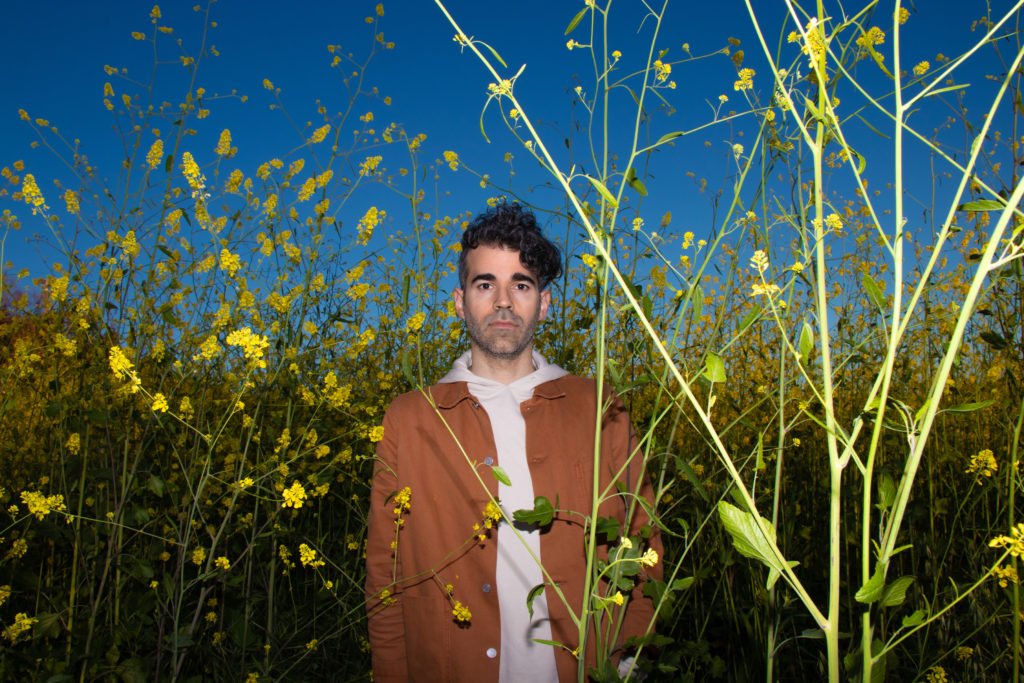 Deni relocated to San Francisco from New Jersey, after living with the aftermath of the sudden and tragic death of his sister, and then the equally unexpected death of his father a year later. While sleeping on the floor of his friends’ apartment in the Haight, Deni found a synthesizer on the street and began to channel both his grief and his optimism into the songs that would become Innocent Ghosts. This theme would continue through all his music, which pits intense and emotionally probing lyrics with momentous and soaring arrangements, often featuring electric cello. The Animal Shapes EP put Geographer on the map and launched his career. Since that release, Geographer has headlined multiple national tours, performed at festivals such as Outside Lands and Firefly and toured with musical luminaries such as K.Flay, The Flaming Lips, Young The Giant, Tycho, Ratatat, Betty Who, and Tokyo Police Club.

In 2018 Deni gave up his apartment in San Francisco and hopped between tours and friends’ couches for the next 6 months, spending a month in his hometown in NJ, and a few weeks in Italy, where both sides of his family are from, before relocating to Los Angeles. During that time of shiftlessness, in limbo between his old and new life, Deni wrote the songs that would become the New Jersey EP. Many of the songs began in NJ in his childhood home and were finished in Los Angeles at his friend’s house while looking for an apartment. “Summer of My Discontentment” and “Love is Wasted in the Dark” are the first pieces of music written during that time to be released by Deni and explore the notions of origin, nostalgia, and the metamorphosis of the dreams of the young.