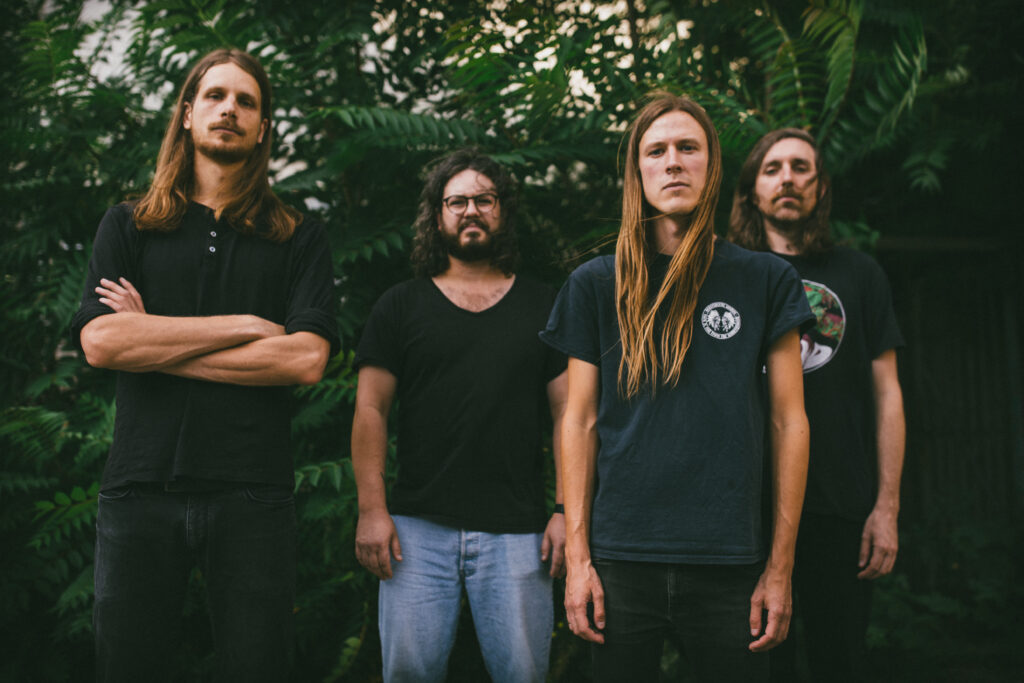 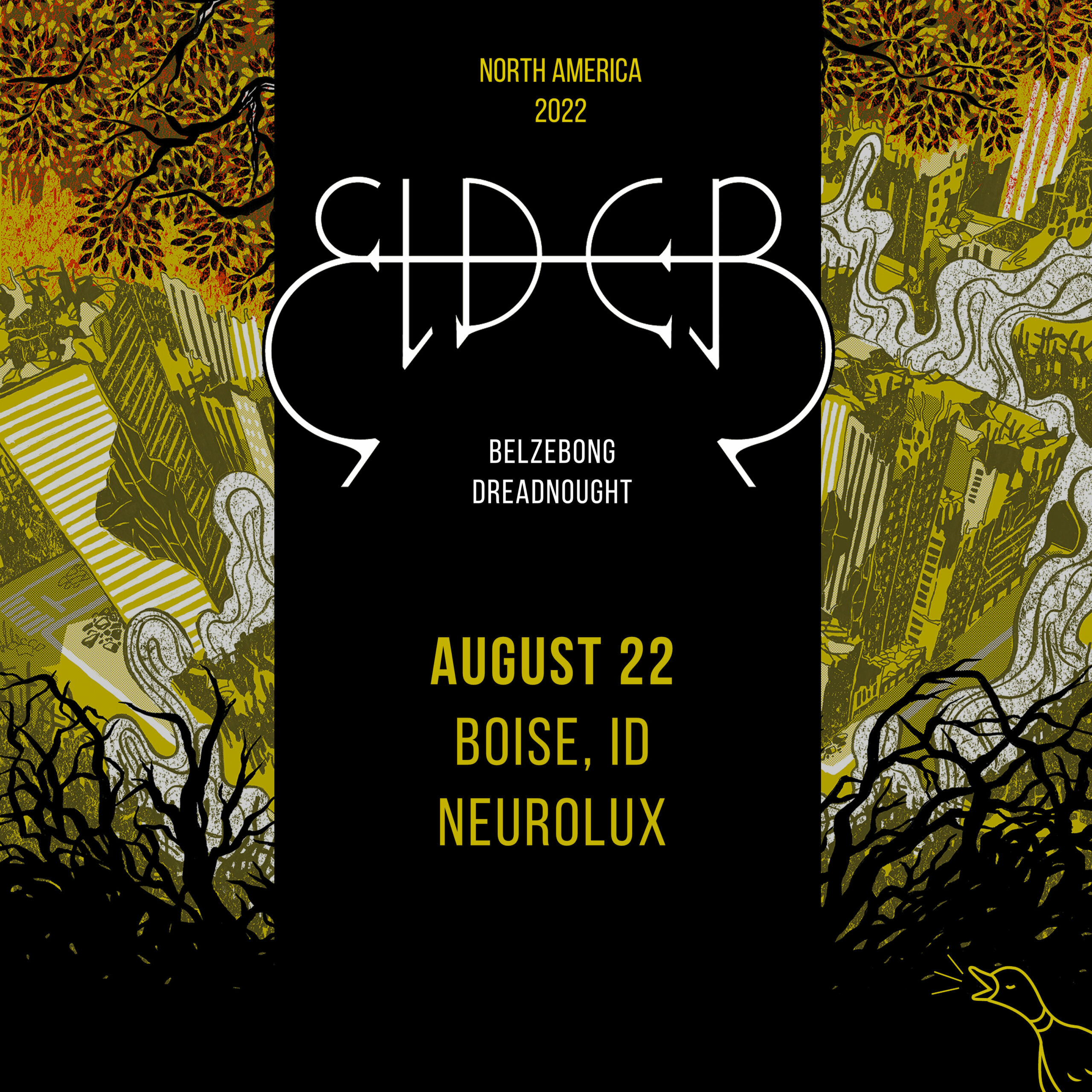 Elder is a genre-pushing rock band that melds heavy psychedelic sounds with progressive elements and evocative soundscapes. Formed in a small coastal town in Massachusetts in the mid aughts, the band has reinvented their sound over the course of five albums to grow from a stalwart of the stoner/doom scene into one of the most unique voices in the rock underground. Their long-scale compositions unfold as journeys, running the gamut of styles from the 70’s to the present within a single song with a penchant for “sheer gatefold-era grandeur” (Rolling Stone).

By continuing to incorporate new elements to their sound, Elder’s output has repeatedly set benchmarks for their peers. Beginning with 2008’s Elder and 2010’s Dead Roots Stirring, Elder made ripples in the stoner rock scene with their uniquely melodic approach to the genre. In 2015 they surprised again with Lore, a watershed moment in the band’s career (recently crowned “Album of the Decade” by The Obelisk) which brought in elements of post-, prog- and space rock into the Elder sound. Despite several years of heavy touring surrounding the album, Reflections of a Floating World was released just two years later, earning a spot at the top of many best-of lists including Rolling Stone (#5, 20 Best Metal Albums Of 2017), Stereogum and others.

In 2019, a tour pitstop in Berlin, Germany yielded the experimental EP The Gold & Silver Sessions. Recorded live based off ideas largely crafted while on the road, the release showcased Elder’s softer side; motorik beats, lush keyboards and sparse compositions replaced the usual colossal riffs and dense structure. Almost a decade and a half after the first sludgy riffs were recorded and the first demo pressed, the door for Elder stylistically remained wide open.

Elder’s new album Omens answers any speculation about new directions with affirmation: evolution or extinction. Lush, intricately interwoven melodies grow and dissolve into spaced-out jams; massive riffs thunder down into a churning sea of psychedelic sounds and unpredictable grooves carry away the listener. Elder paint pictures with their music, and Omens shows the band experimenting with an even more colorful palette – with good reason. After thirteen years, this is the first full-length recorded with a new lineup including guitarist Michael Risberg and new drummer Georg Edert, along with guest performances by Fabio Cuomo on Rhodes piano and synthesizers. 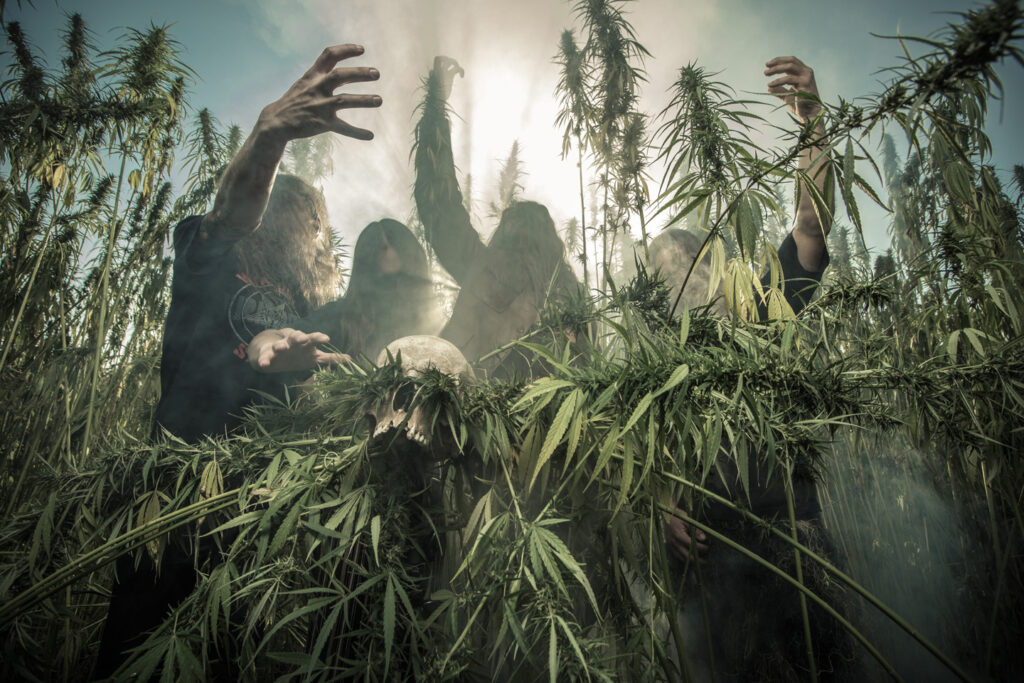 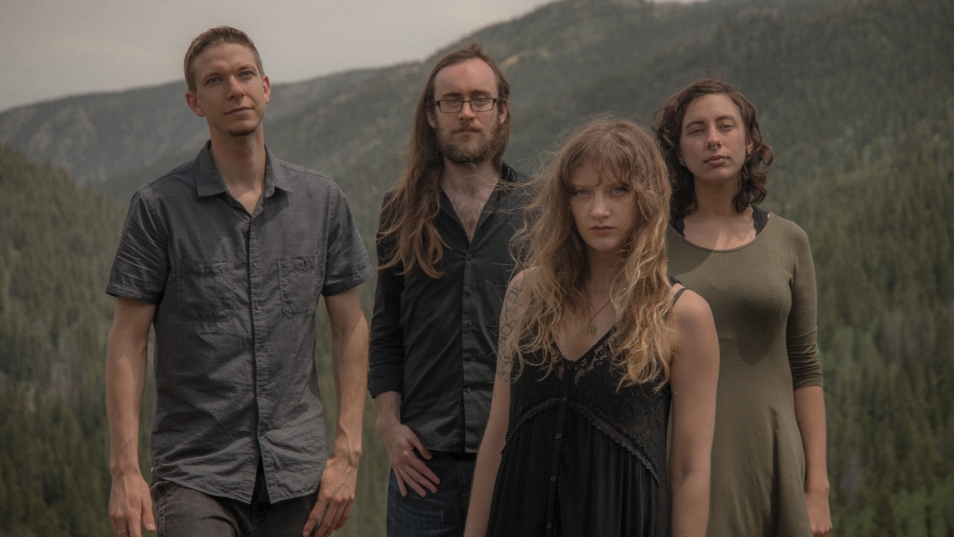 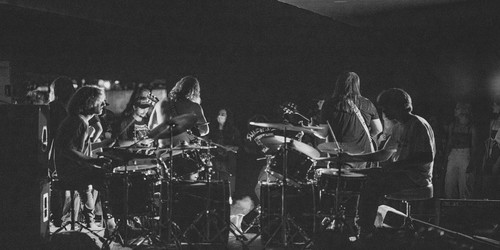 𝕮𝖗𝖚𝖘𝖍 𝕿𝖍𝖊 𝕸𝖔𝖓𝖘𝖙𝖊𝖗 est. 2020 moral perversion // cancerous grout Crush The Monster is a voracious psychedelic alternative rock band with an affinity for talking about space. when they’re not on the road, recording records, playing in a grimey club, or a sweaty basement, the 6 of them (Kale, Sam, Mike, Carsen, Cam, and Liam) are rigorously studying their books to become rocket scientists and one day bring the sweet voluptuous lips of RocknRoll to each planet in our solar system. please check out the rest of our bands: Moon Owls Mages, VEMM, Kale Brown and The Fuzz, The Phets, MOS, Neocentrics, Mellancallme, Asteroid Mann, Cordoroy Blue, and Oliver Sierra