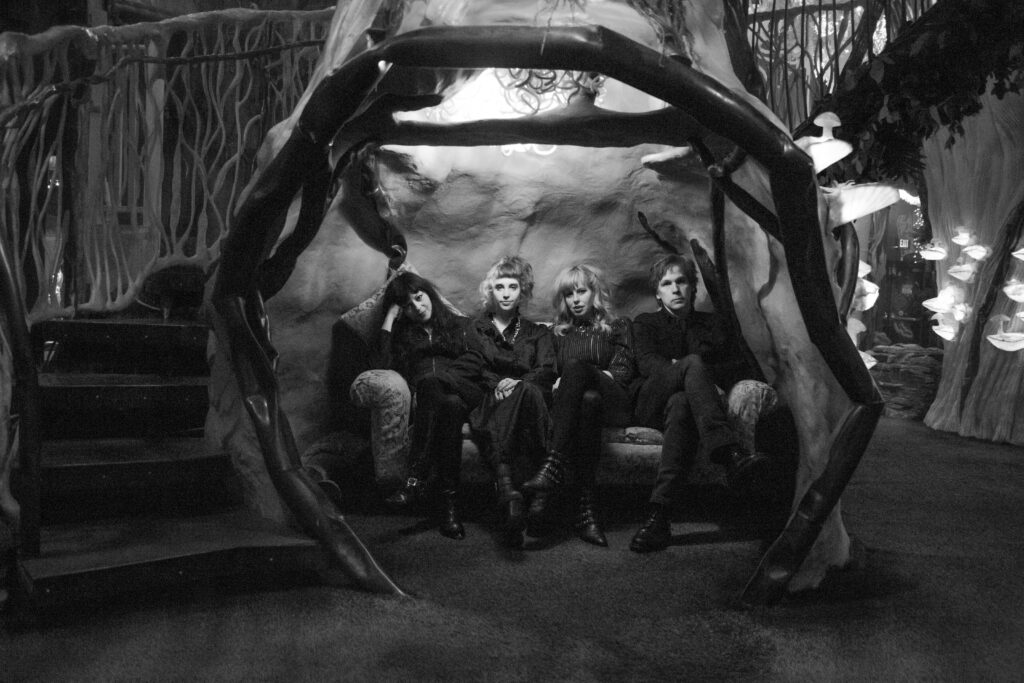 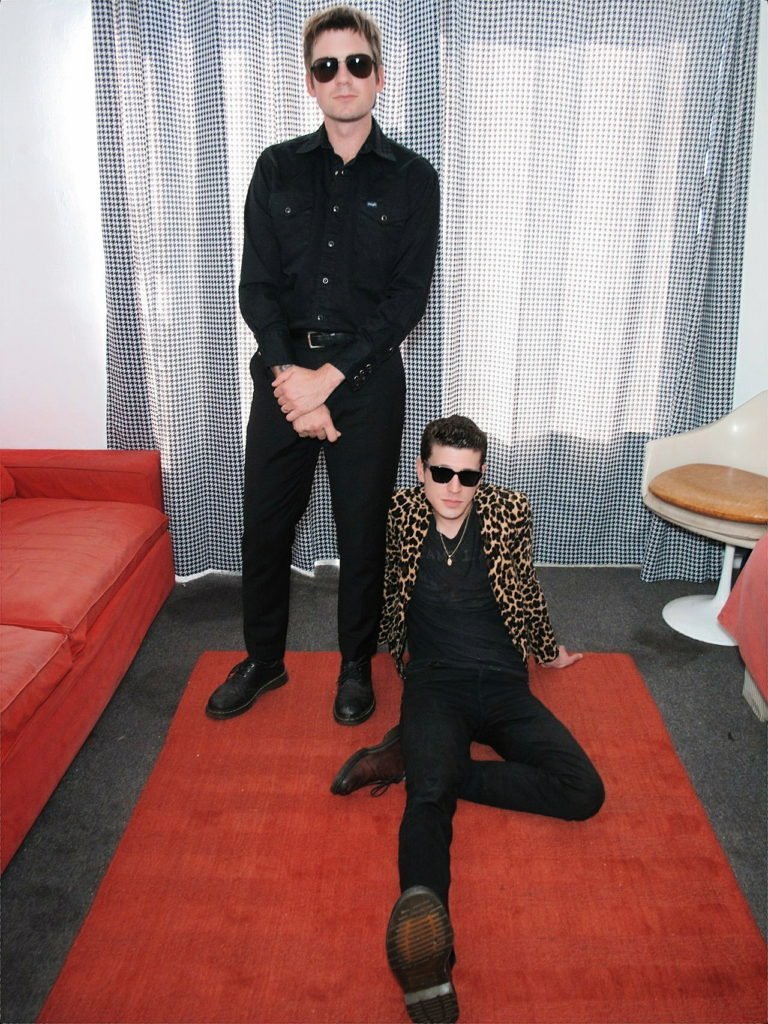 Rock n’ roll has always served as a means to elevate the fringe of society, though it’s accentuated the plights of the outcasts and misfits in different ways throughout the years. In its infancy, rock was a playful rebuttal against segregation and Puritanism. In the ‘60s, it became a vehicle for an elevated consciousness. In the years following the Summer of Love and the clampdown on Flower Power, that countercultural spirit adopted the aggravated and occasionally nihilistic edge of bands like The Stooges, Black Sabbath, MC5, and The New York Dolls. And then as the ‘80s approached, popular rock n’ roll turned into a relatively benign celebration of hedonism and decadence, but that contingent of dark mystics from the ‘70s who lifted the veil and used music as a means of rallying people to altered planes had left their mark. It was an undercurrent in rock that would never die, but would percolate in corners of the underground. Today we can see it manifest in LA’s Death Valley Girls.

The group feels less like a band and more like a travelling caravan. At their core, vocalist/multi-instrumentalist Bonnie Bloomgarden and guitarist Larry Schemel channel Death Valley Girls’ modern spin on Fun House’s sonic exorcisms, early ZZ Top’s desert-blasted riffage, and Sabbath’s occult menace. Their relentless touring schedule means that the remainder of the group is rounded out by whichever like-minded compatriots can get in the van. On their third album Darkness Rains, bassist Alana Amram, drummer Laura Harris, and a rotating cast of guests like Shannon Lay, The Kid (Laura Kelsey) and members of The Make Up, The Shivas, and Moaning help elevate the band from their rogue beginnings to a communal ritualistic musical force. On the surface level, Death Valley Girls churn out the hypercharged, in the red, scuzzy rock every generation yearns for, but there is a more subversive force percolating beneath the surface that imbues the band with an exhilarating cosmic energy.

Death Valley Girls’ sophomore album Glow In The Dark was based on the concept that many of us are trying to become more enlightened, and you can tell by the way they ‘glow in the dark.’ Darkness Rains goes a step further, attempting to shift the consciousness of those that have not yet considered how we are all connected and how that relates to the way we view life beyond death. Those that ‘glow’ can use the songs on Darkness Rains as new chants—or they can be used for pure entertainment. “Songs come from beyond and other worlds, you just have to tune into the right radio wave signal to dial them in. Our signal happens to be in a 1970 Dodge Charger Spaceship,” says Schemel.

Album opener “More Dead” is a rousing wake up call, with a hypnotic pentatonic guitar riff and an intoxicating blown-out fuzz-wah solo underscoring Bloomgarden’s consciousness-rattling proclamation that you’re “more dead than alive.” The pace builds with “(One Less Thing) Before I Die”, a minute-and-a-half distillate of Detroit’s classic proto-punk sound. But at track three, Death Valley Girls hit their stride with “Disaster (Is What We’re After)”, a gritty, swaggering rager that takes the most boisterous moments off Exile On Main Street and beefs it up with Zeppelin’s devil’s-note blues. Darkness Rains retains its intoxicating convocations across ten tracks, climaxing on an astral plane with the hypnotic guitar drones and cult-like chants of  “TV In Jail On Mars.”

“Learn from the stars and beyond! Be happy and thankful we got to live together on Earth at the same time! And death is just a shift—stay alive and awake,” Bloomgarden and Schemel respond when asked for a final thought on Death Valley Girls. “Embrace the darkness and don’t fear the Reaper.” Suicide Squeeze Records is proud to further the cause by releasing Darkness Rains on October 5th, 2018 on LP/CD/CS/ and digital formats. The first vinyl pressing is limited to 1,500 copies. Both the cassette and vinyl include digital downloads.

The first American group to sign with Deaf Rock Records, the duo Crocodiles released Love Is Here (The End Is Near), their seventh album this year. Electrically charged with time, the album expresses heartbreak and anxiety on a global scale. But with 20 years of friendship and music backing them, Charlie Rowell and Brandon Welchez (creators of Crocodiles) know how to take on adversity: by persevering and banding together to create 10 songs like lightning bolts in a stormy sky.

For those who missed the beginning, and also for those who have nothing to lose by hearing the story again, Brandon Welchez and Charlie Rowell went on tour for the first time about 20 years ago. They left San Diego together in a van with the motor smoking. The van broke down in Arizona where they found another and continued on into the Northwest of the United States. The second van broke down as well, but Brandon and Charlie finished the tour. When they returned to San Diego, they agreed that they enjoyed the experience and were ready to get on the road again.
Around ten years before, the two met each other in San Diego during an anti-Nazi protest and connected over their interests in DIY Punk. Brandon and Charlie were playing in separate bands that would often go on tour, but without a foreseeable future. The two artists craved music and tour life, wanting to travel and make a career for themselves. The duo created Crocodiles in 2008, first to play garage-rock with a cheap synthesizer, but especially to find the music within themselves.
“It’s lucky that we met, because neither of us wanted to play music just for a few years, then find a job and settle down. If you want to be an artist, you have to do it 1OO percent. Life can be hard, you can be broke and deal with tough times, but at least you know you’re alive,” Brandon said of the duo’s beginning.
Twenty years of friendship and ten years of Crocodiles later, Charlie and Brandon still haven’t changed their motto. They moved around (Charlie now lives in Paris and Brandon in Mexico), their music evolved, they have produced six albums and switched vans and labels, but the heart, energy and faith are still the same. The groups that have inspired the Crocodiles most, among others, are The Fall, Sonic Youth, and Guided By Voices. For the duo, these rock missionaries have demonstrated how to advance, grow and hold together without holding back. In the group, Brandon and Charlie play rock, but they also display their lives, served up, album after album.
For their seventh album, everything is in the title: Love Is Here (The End Is Near). The oldest song on the album, Prisoners, was composed in 2015 when Brandon and Charlie were both in the middle of emotional turmoil. Charlie said of the album, “We didn’t have anything planned, but when we put the texts together, we noticed that they often talked about love and hope that only existed because of their opposites, hate and negativity.” Brandon explained, “The theme of the album is how to handle your life after a breakup, the darker and more painful side of love. And everything that was happening in our lives echoed in the political world: Trump being elected, far-rights rising to power all over the world, the paranoia of this era. Everything seemed dark and hopeless.”
In 2015, Brandon and Charlie were living in New York together, reunited like the beginning of their friendship, and began rocking out in the old-school punk band Flowers of Evil along side members of the band A Place To Bury Strangers. Reuniting and getting back to the basics, the energy and rage from Flowers of Evil had an impact on Love Is Here (The End Is Near). After their sixth album (Dreamless, 2016) with a more pop-electro feel, Love Is Here (The End Is Near) celebrates the return to electric catharsis.
Similar to the era of their first tour, Crocodiles went on tour from the West to the East with their California rock melodies, post summer-of-love (or summer of hate) and the guitars evoke late 70s in New York. The duo recorded Love Is Here (The End Is Near) for three weeks during winter in Mexico with their friend and producer Martin Thulin, in a live setting, with a drummer and a bass player. The songs run through layers of psychedelic fog, full-speed, (Nuclear Love, Love Is Here) or leave a little breathing room (My Far Out Friend, Prisoners). The album is dark with Brandon and Charlie singing of confusion and delusion, but never lost with the offset of strong guitar riffs.
Crocodiles is the first American group to sign with the Strasbourg label Deaf Rock. The connection was made while Charlie was producing the latest album of the group The Blind Suns, also signed with Deaf Rock. Everyone got along and the two Francophiles are excited for this new step in their career. Love is here. For the end, we will have to wait a while longer. 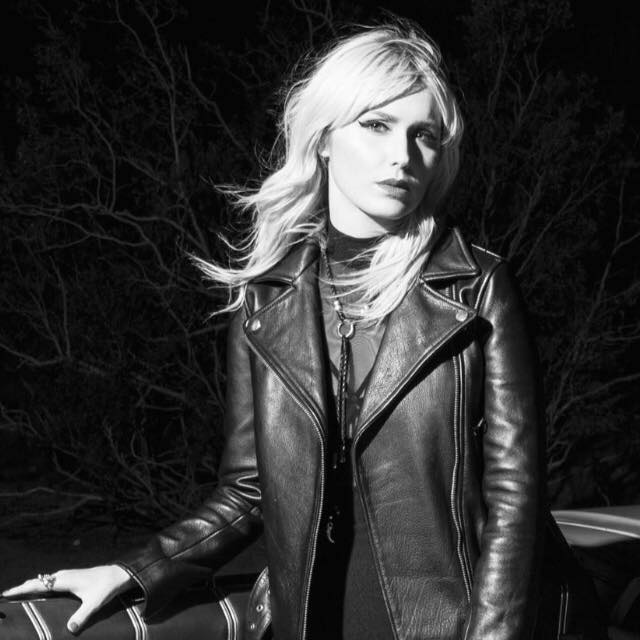