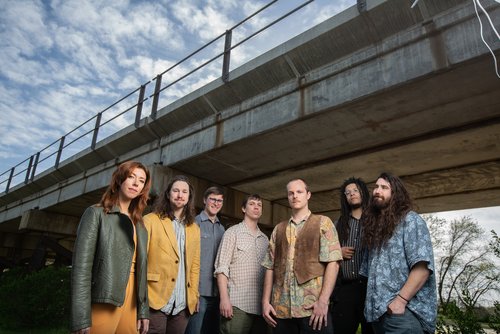 Boot Juice hails from the Hills of the Sierra Nevada Mountains in Northern California. The band features electric and acoustic guitars, three vocalists, bass, drums, saxophone and trumpet. Inspired by the likes of The Band and Railroad Earth with an intensely energetic show reminiscent of Talking Heads, Boot Juice has been gaining buzz with their vibrant performances and party-sparking reputation. Shifting effortlessly between driving bluegrass and americana into cosmic rock’n’roll and swing. They deliver three part vocal harmonies and dynamic instrumental arrangements with a sultry dose of blues and soul. The collective effect leaves crowds little choice but to shake it down on the dance floor.

Boot Juice has been kicking around the west since 2017, leaving audiences happy, and dance floors sticky. They have kept an ambitious tour schedule, hitting the road in their 96’ International school bus, constantly adding to their ever-growing resume of festival and club appearances. Founding members Connor Herdt (acoustic guitar and vocals) and Evan Daly (electric guitar and vocals) have been friends since childhood. The two have been playing music together since their teenage years, combining their respective passions for americana and rock’n’roll songwriting with a desire to create a big sound that feels right at home in a barroom or on a large festival stage. Brett Worley (bass wizard) not only holds down the low end, he is also Evan’s cousin and has been touring with the band since the beginning. Brett’s melodic bass style has become a signature of the Boot Juice sound. Jess Stoll (vocals and artwork) joined the band shortly after, bringing another lead and backing voice to the group for deeply layered harmonies. She wears many hats for the band, acting as the artistic director for all of the band’s design concepts and providing the vision and drive necessary for a big production. Billy D. Thompson (drums) has been a staple of the Sacramento music scene for the past decade, graduating from Sacramento State University with a degree in Jazz Drum Performance. Billy brings his soul and funk influence into the Americana realm, adding yet another dimension to the band’s sound. In 2019 Boot Juice came into it’s full current lineup with the addition of its horn section. Caleb Sanders (alto and tenor saxophone) and Micah Marmorstein (trumpet) bring an infectious energy and tight horn harmonies to the stage, making it tough not to dance. It’s not uncommon to see these guys hanging off the rafters or running into the crowd by the end of the night.

Boot Juice plays music that will attempt to bring you to the street corner, the river side, or the open highway. They released their debut LP album, Speaking in Tones, in May 2019 and followed in March 2021 with their second record, Shifting gears. The group is currently tracking its third LP, which will be released in 2023. 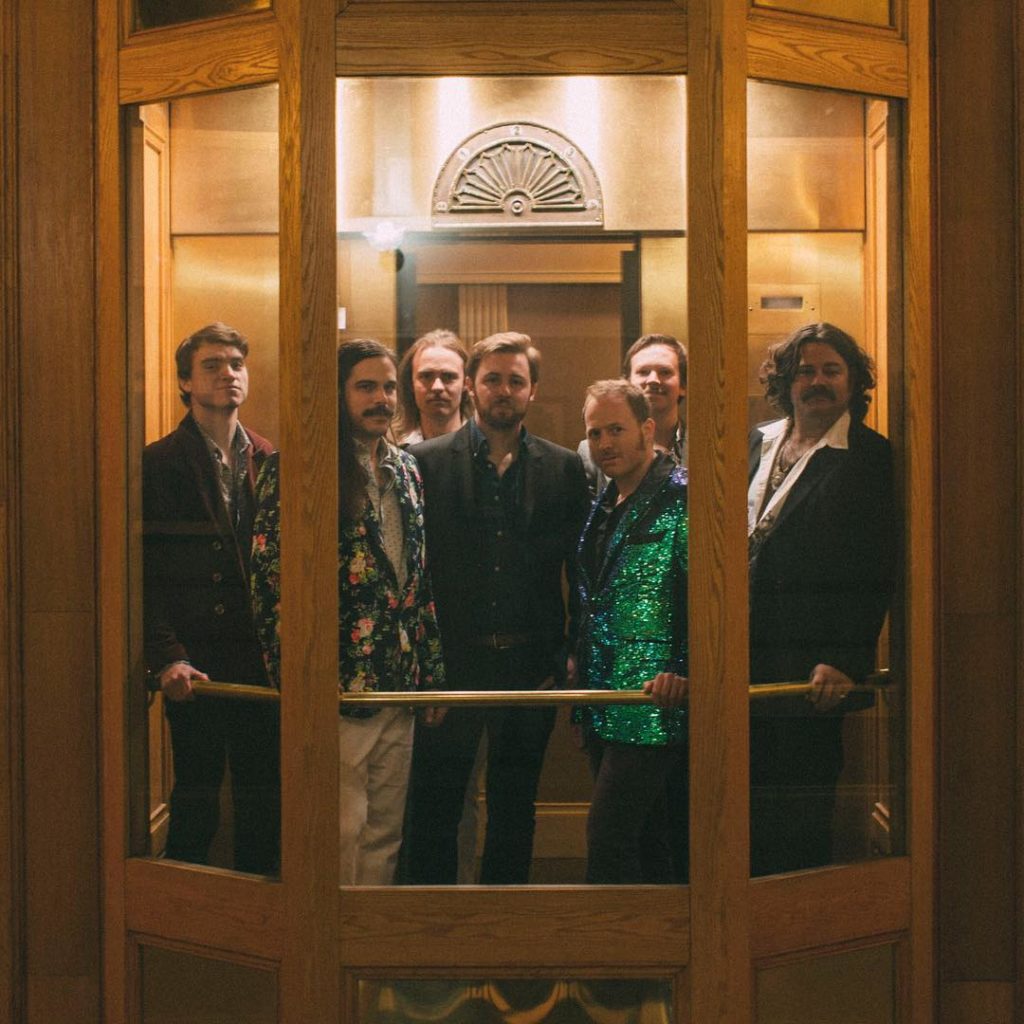 A 7-deep battalion with a brass section, fused from the ashes of indie rock, seductive soul, and sexadellic funk, Lounge on Fire is a cacophony of formidable freaks. Rapid and percussive vocals often combine with dark and hypnotic grooves reinforcing a boisterously brassy fanfare to create a unique coalescence of rock, soul, jazz, latin, disco, hip hop, and funk. Lounge on Fire has been noted for their electric live performances that make it impossible to sit physically or emotionally still. This rowdy ensemble channels passion from the roots of the human experience and the dark night of the soul into gyration-inducing anthems.