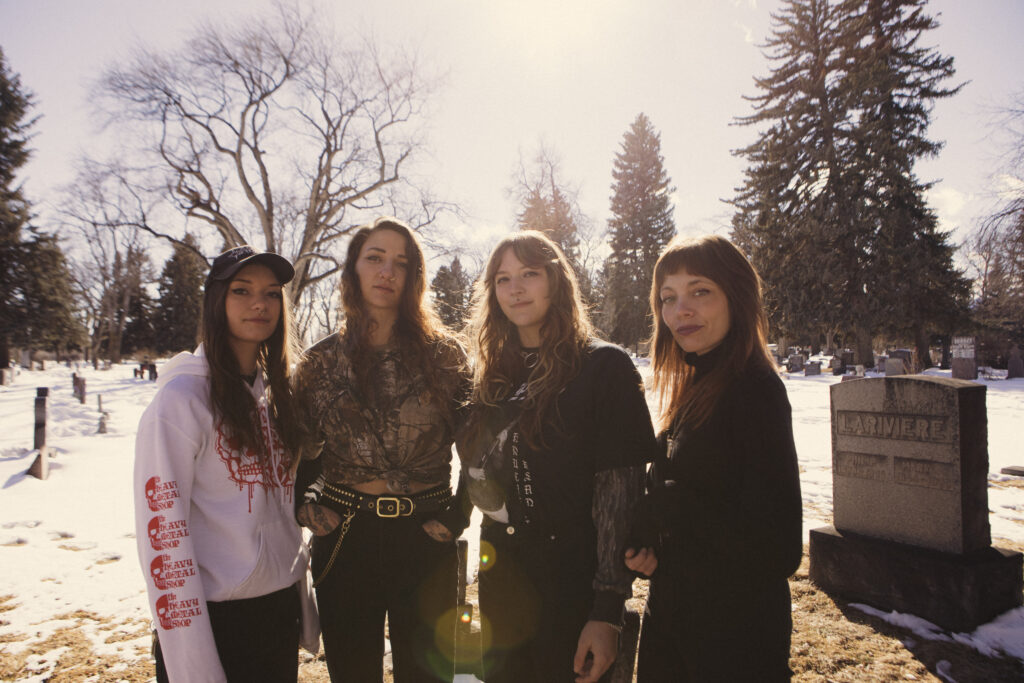 Blackwater Holylight, as the name suggests, is all about contrasts. It’s a fluid convergence of sound that’s heavy, psychedelic, melodic, terrifying and beautiful all at once. As a heavy band, their songs aren’t anchored to riffs, but rather riffs come and go in waves that surface throughout the band’s meditative, entrancing songs. It’s a hypnotic sound, with orchestral structures that often build tension and intrigue before turning the song on its head — not by simply getting louder or heavier, nor by just layering elements. They expertly subvert the implied heaviness of a part, dissecting it and splaying the songs guts out to seep across the sonic spectrum.

Now, having toured together extensively following the band’s wildly-successful breakout selftitled debut in 2018, Blackwater Holylight has honed their sound and identity to a powerfully captivating beast. Their live set is all about the slow build, seeming to combine the melodic tension of early Sonic Youth crossed with the laconic fever-dream blues of the first Black Sabbath album, and wiry experimentation of post-punk and krautrock.

The lineup on this album is Allison (Sunny) Faris (bass/vocals), Laura Hopkins (guitar/vocals) and Sarah McKenna (synths), with new guitarist Mikayla Mayhew and drummer Eliese Dorsay fleshing out their sound in exciting ways.

“The process of this album was vastly different from our first record,” says Faris. “One, because we recorded it over the course of a few weeks, whereas the first record was over the course of about a year. And two, this album was a true collaboration between the five of us. Each of us had extremely equal parts in writing and producing, we all bounced ideas off each together, and we all had a say in what was going on during every part of the process.”

“One of our favorite things about this album is that because it was so collaborative, we didn’t compartmentalize ourselves into one vibe.” She continues. “It’s heavy, psychedelic, pop, shoegaze, doom, grunge, melodic and more. The whole process was extremely organic and natural for us, we were just being ourselves.”

Veils of Winter opens with fuzzed drenched, drop-tuned bass and baritone guitar leading a dirge riff on “Seeping Secrets.” Faris’ lilting and funereal vocals drop in, adding to the mournful atmosphere until a short turnaround progression hints at changes to come, as Faris and Hopkins harmonize eerily and the tune suddenly turns into a krautrock charge. “Motorcycle” kicks off deceptively with a heavy grunge riff building up for about 40-seconds before the song abruptly shifts gears into a synth-led post-punk harmony, sounding something like Lush meets Syd Barrett era Pink Floyd. “Death Realms” is perhaps the poppiest track, based around soaring shoegaze guitars and interwoven light vocal harmonies. Soft piano notes, occasional woozy whammy bar dives and a driving tom-tom beat solidify its hooks. “Spiders” is a creepy crawly guitar riff and counterpoint keys, while “Moonlit” explores prog-structures with a shredding guitar solo crescendo. The penultimate track, “Lullaby” is exactly that, a lulling, expansive tune exemplifying Blackwater Holylight’s genre smashing sound as it subtly moves across a vast sonic landscape atop a hypnotic 6/8 beat and repetitive 3-note motif. Throughout the album, their songs shirk traditional verse-chorus-verse structure in favor of fluid, serpentine compositions that move with commanding grace.

Veils of Winter will be available on LP, CD and download on October 11th, 2019 via RidingEasy Records. 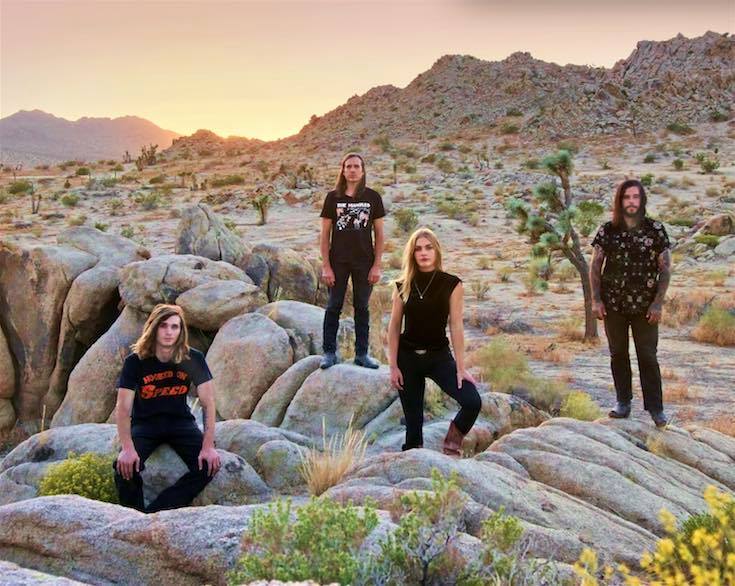 “The vibe is vibe if you can vibe, like languid grunge blasted into outer space in the desert night.” 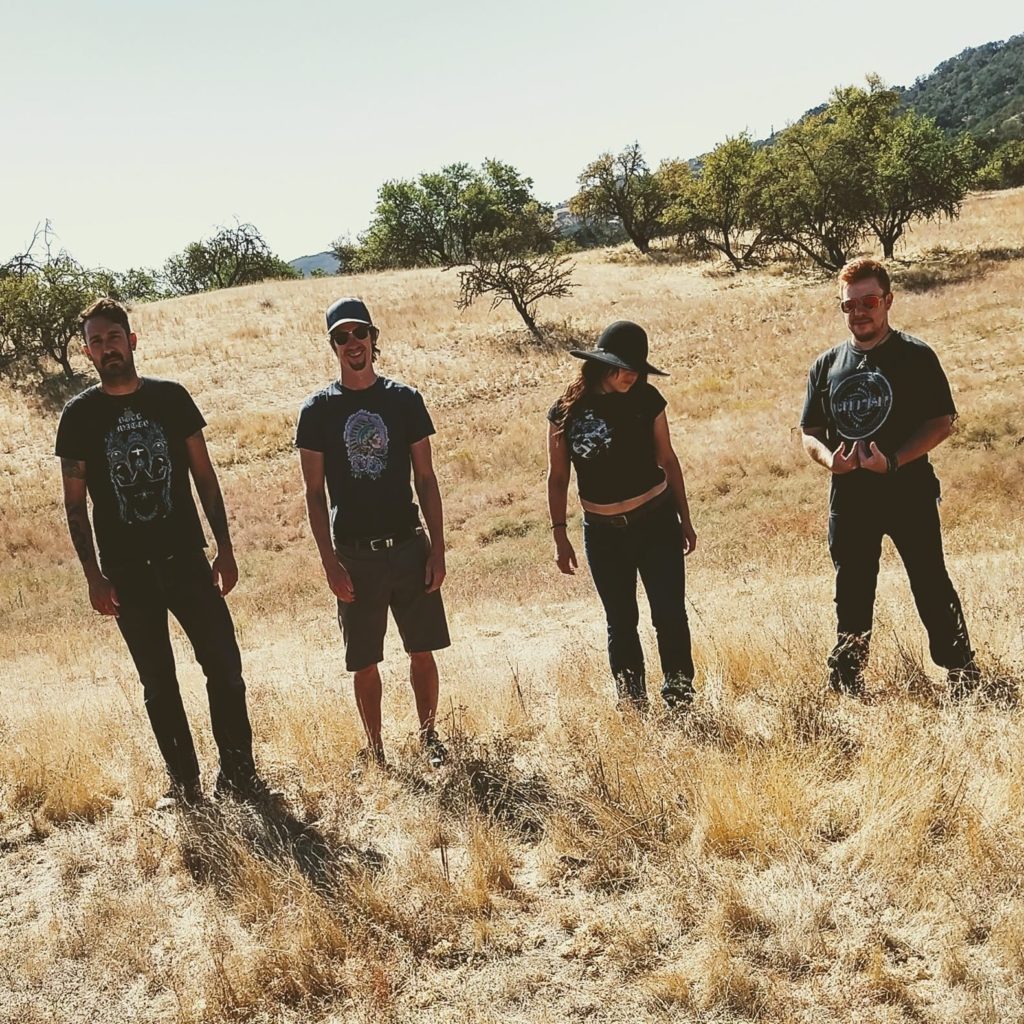