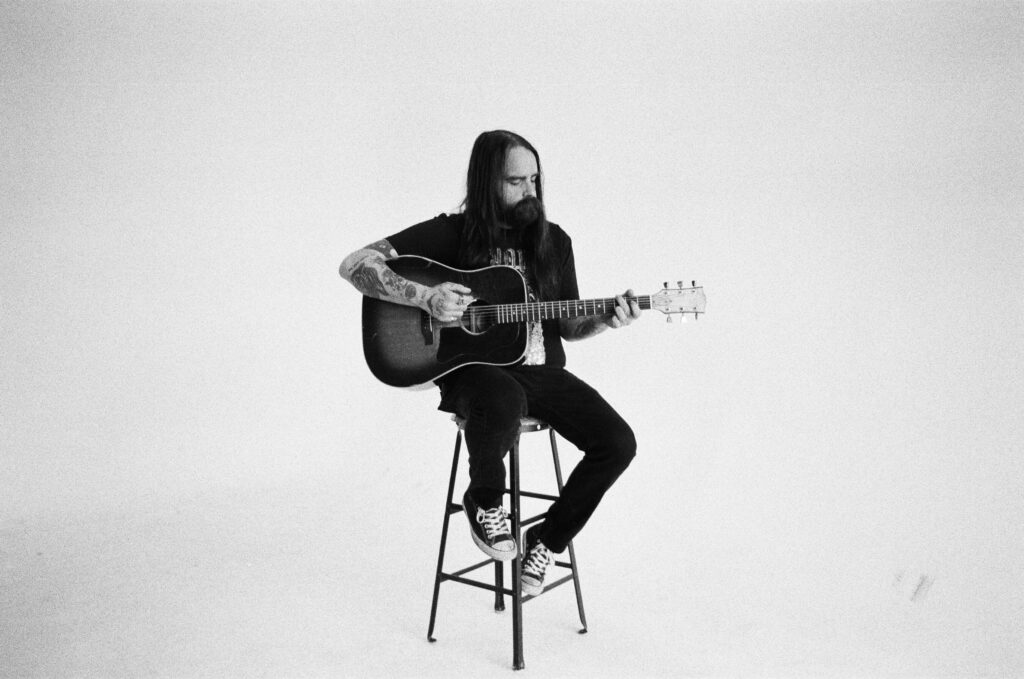 It’s proof that the bad days do get better
It’s proof that love is still alive . .
In 2019, Arlo McKinley played a show at the High Watt in Nashville. While he had
years of such gigs on the DIY singer-songwriter circuit behind him, this night was
different. In the audience was one of his musical heroes, John Prine. When they met
briefly beforehand, Prine, who never gave praise lightly, told Arlo he was a fan.
McKinley recalls, “Just that moment, if that’s where it ended, it would’ve been one of the
coolest things that ever happened to me, something I remembered forever.”
But it didn’t end there. Shortly after, he was signed to Oh Boy Records, Prine’s indie
label. Arlo came into 2020 with the momentum of a new album on deck – his first with a
producer and a street team – and an international tour booked. Then things took a strange
turn.
“Right before the record came out, my mother passed away,” he says. “She had always
supported me and she didn’t get to see this stuff happen for me. Then one of my best
friends died shortly after. And I lost two other friends to drug addiction. I was trying to
navigate through all the emotions of that.”
And of course, like all musicians that year, he couldn’t tour.
A soft-spoken introvert who’s open about his past drink and drug addictions, McKinley
had to look to himself to find comfort. And in the process, he wrote the songs for what’s
become his latest release, the aptly-titled This Mess We’re In.
“I’m kind of private with a lot of things I go through, but in my songs, I’m honest about
everything,” he says with a smile. “So I started to write as a way of getting stuff out. To
me, this is a growth record. I was navigating through a pretty bad time, but also there
was the realization that it’s time to really change, find a better way of life. My last album
was me figuring out whether to stay or go from a very confused spot in my life. This one
is trying to better myself – as a musician, as a human being, as a friend.”
When talking about his music, McKinley often uses the word “navigate.” And indeed,
the eleven songs on This Mess We’re In feel like compasses to help orient himself in an
uncertain world. The opener “I Don’t Mind,” an ode to self-forgiveness that gathers a
quiet power through each verse, sets the mood. From the plaintive reckonings of lives in

limbo on “City Lights” and “Back Home” to the delicate devastation of “Stealing Dark
From The Night Sky” and the catchy, Neil Young-grooved “Rushintherug,” through the
gorgeous, widescreen piano-and-strings balladry of the title track and the hymn-like
“Here’s To The Dying,” these are songs that take their time revealing their secrets. They
come from deep inside and go deep inside, speaking to you through McKinley’s warm,
oaky voice and leaving you a little different than how you came in. They make you feel
seen, recognized.
That feeling is borne out by the many personal letters that Arlo receives from fans.
“When I wonder if I’m doing the right thing or not with my life, these messages make
me realize that I am,” he says.
A recent memorable one came from a soldier who’d done several tours in Afghanistan.
“He said my last two albums were the only thing that got him through. I thought, ‘I can’t
imagine what he saw.’ If the music I was making helped him get through, that’s a pretty
heavy compliment.” Another came from a man who’d been diagnosed with brain cancer.
“He said he’d kind of stopped living and wasn’t really present with his wife and kids. He
said my record made him really want to enjoy the moments that he had left with them. I
invited him out to a show. He came with his family, and said, ‘This is the first time I’ve
been out in I don’t know how long.’ That’s beyond anything I could ask for.
“Maybe I get these messages because I write from my experience,” he reckons. “I figure
if I’m going to put myself out there, I want to put who I am out there. I think some
people relate to that, like they’re not the only ones going through these darker times. But
it’s still crazy that something I’m writing in my bedroom can end up meaning so much to
someone.”
Music has always had special meaning for McKinley. Born and raised in Cincinnati, he
started singing in Baptist church when he was eight. At home, the family record
collection included everything from George Jones to Otis Redding. As a teen, inspired
by his dad and uncle, who played guitars in church, Arlo learned some power chords and
figured out every song on the first Social Distortion album. “From there, I taught
myself,” he says.
But a full-time music career was still years away. Through his twenties and early
thirties, he worked at a record store, gigged with a duo called The Great Depression and
“dabbled in songwriting.” Weirdly, it wasn’t until he found himself in what seemed like a
dead-end job delivering tuxedos that he decided to pursue music. “I did that for years,
driving from Cincinnati to Detroit and back, but it gave me a lot of time to think and
listen to music. That’s when I started writing the songs that led to up to what I’m doing
now.”

He self-released his first album, Arlo McKinley & The Lonesome Sound, in 2014 when
he was thirty-five. It may have seemed he was getting a late start. But he entered the
game almost fully-formed, without any immature or embarrassing skins to shed. He
says, “I wouldn’t have been able to write about what I’m writing now or been very
relatable if I hadn’t lived the thirty-something years before I started writing.”
Like his last album Die Midwestern – which Rolling Stone praised for its “songs of
heartbreak, restlessness and hard-won experience” and NPR called “personal and
moving” – the latest was cut at Sam Phillips Recording Service in Memphis with an ace
band that includes drummer Ken Coomer, guitarist Will Sexton and keyboardist Rick
Steff. McKinley says, “That studio is like a time capsule. There’s just a feel where you
can tell there’s been some great stuff made in there – Elvis, Jerry Lee, Roy Orbison.
Really though, more than the studio, it’s the band and the producer.”
Of Matt Ross-Spang, who’s worked with Jason Isbell and Margo Price, McKinley says,
“He completely gets what I’m trying to do. I sent Matt guitar-vocal demos of fifteen
songs. He would show them to the band right before we’d go out to record, so a lot of
these songs, the musicians are making up these parts on the spot. Jessie Munson did the
string arrangements. She comes up with really pretty lines.”
The addition of strings brought a cinematic dimension to McKinley’s music that
accentuates his feel for romantic melancholy. “I love Nick Drake and Nick Cave, how
their songs can be very simple but sound big,” he says. “Wes Anderson movies too. I
love how he’ll use music in a very simple scene to evoke a big emotion. I think this
album conveys a mental picture a lot more than stuff I’ve done previously. It’s more than
just a collection of songs. You can visualize things.”
As McKinley visualizes the year ahead, he’s optimistic that touring will be easier , and
that he’ll get to play Europe for the first time this summer. When asked what he hopes
listeners will get from This Mess We’re In, he says, “I hope they can identify with things
they’re too ashamed to talk about or feel. There’s such a stigma that goes along with
things like addiction and mental health. I just want them to know that I go through all of
that stuff too. I would just like to make them feel a little less alone. At least for the 47
minutes of the album, you can remove yourself from the world and just let everything
disappear for a bit.” 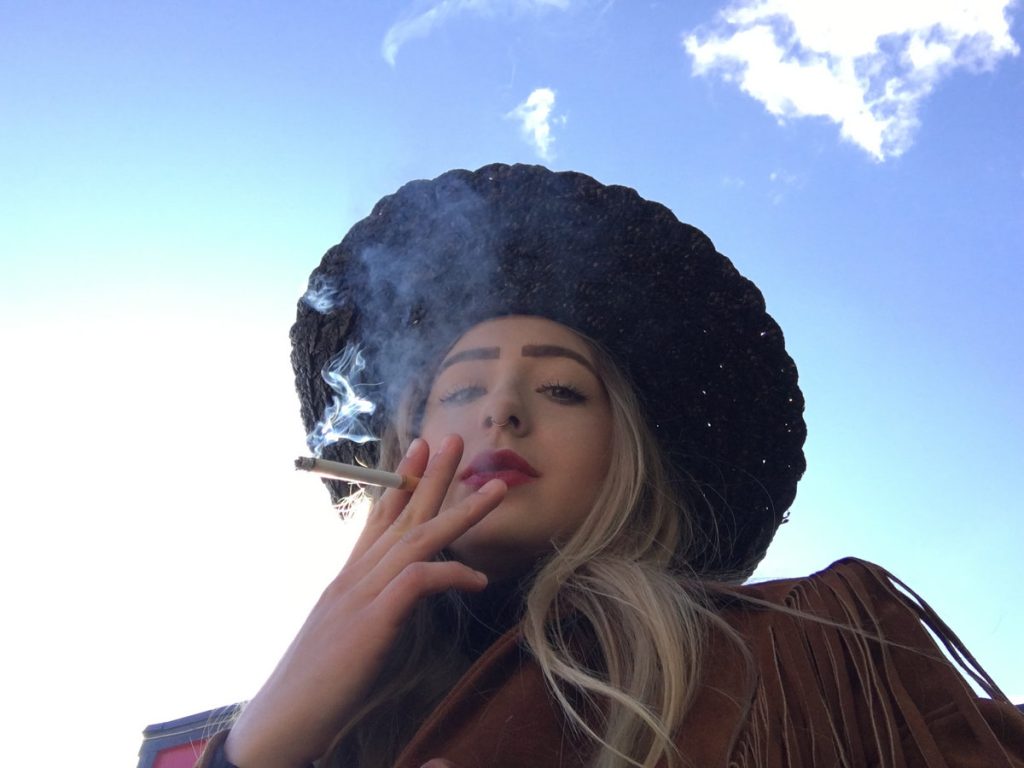