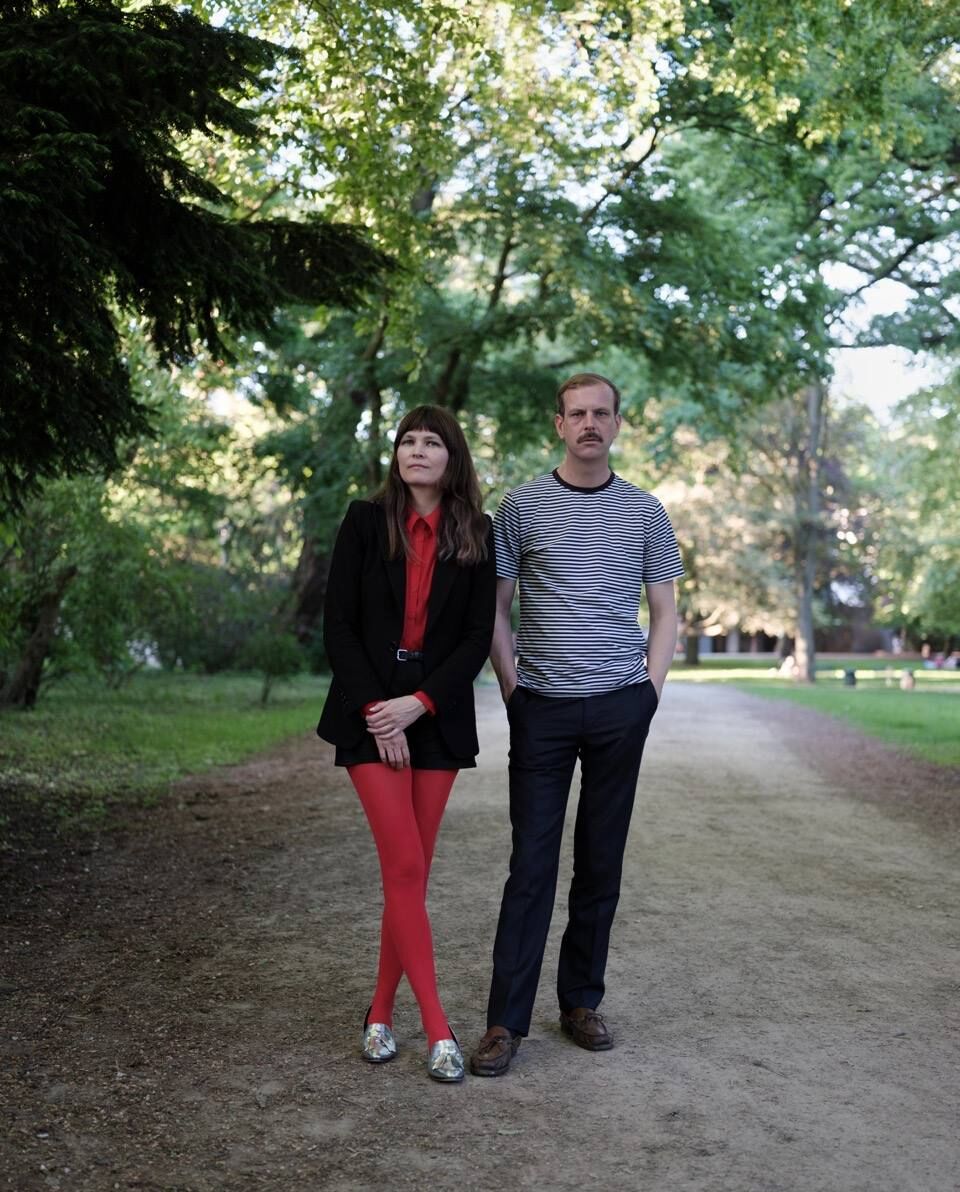 As a musical act, Xeno & Oaklander (Sean McBride and Liz Wendelbo) conflate a rich love of analog synths, melody, and mythology with eloquent nuance and a nod to the heritage they draw from. While that construct is the duo’s immediate kiss and crush, there’s a deeper importance to their collaboration, which began in 2004. As evidenced in their debut Vigils (2004), McBride and Wendelbo’s artistic dynamic is more than just a mutual love for electronics but a contrast between architectural precision and painterly expression. From the film scores to the traditional albums they’ve recorded in their Brooklyn studio, they’ve both spurred and fostered the global synth wave revival through a commitment to analog-only production and performance as well as a strident respect for the medium. On their latest album Hypnos and first for the Dais imprint, the duo leveraged the talents of visual artist and live sound engineer Egan Frantz to mix the album. It’s a touch that adds both punch and balance, allowing their inherent conceptual voices to converge into a collage with defined edges and warm, synapses of frequency and beat. “Musically, Hypnos is a return to polyphony after several years of using strictly monophonic synthesizers,” McBride says about the album’s ethos. “This has brought dense harmonies and a more complex counterpoint to the composition. Staying with the same equipment and processes without the inveterate compulsion to update and refashion allows for a clearly perceivable genealogy with our previous work.” “I felt the desire to tell mythical stories, I also wanted my voice to sit strongly in the mix,” Wendelbo explains. “I channelled the spirits of 60s French Pop chanteuse Françoise Hardy and 80s New Wave New York icon Tina Weymouth.” Her intentions are best evidenced on the tracks “Angelique,” and “Insomnia,” the former a spry track sung in French, against a springy rhythm. Laden with expanding and contrasting frequency and a penchant for strategic rhythm, Hypnos juxtaposes dance with distance, creating an immersive oeuvre that exudes contrast and control.
SIMILAR ARTISTS