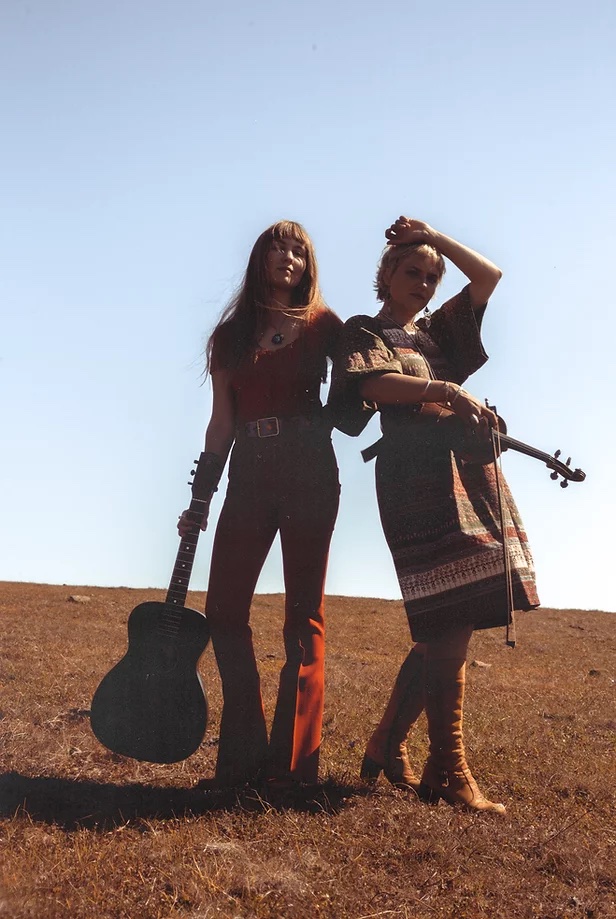 Paige wrote her first song with Chuck Ragan at 15, which kickstarted her love for songwriting. In the last few years, Paige has spent her time creating new music, played bass for Family of the Year (2018), wrote a plethora of new songs to share, and has been discovering a new sound for herself and Two Runner.

Fiddler Emilie Rose was raised on Scottish Fiddle and fiddle camps starting at the age of 9. In her early years, she lead Celtic band The String Sisters who played together for 10 years in the Sierra Nevada Foothills. Emilie has a deep understanding and love for folk music traditions.

Emilie took the fiddle out of NorCal to study at Berklee College of Music, where she graduated in 2020. In her studies, Emilie was mentored by the greats such as Bruce Molsky, Natalie Haas, and Darol Anger.

Together, Two Runner brings a rich mix to the folk music world, with their harmonies, banjo pickin', dirt kickin' duo.