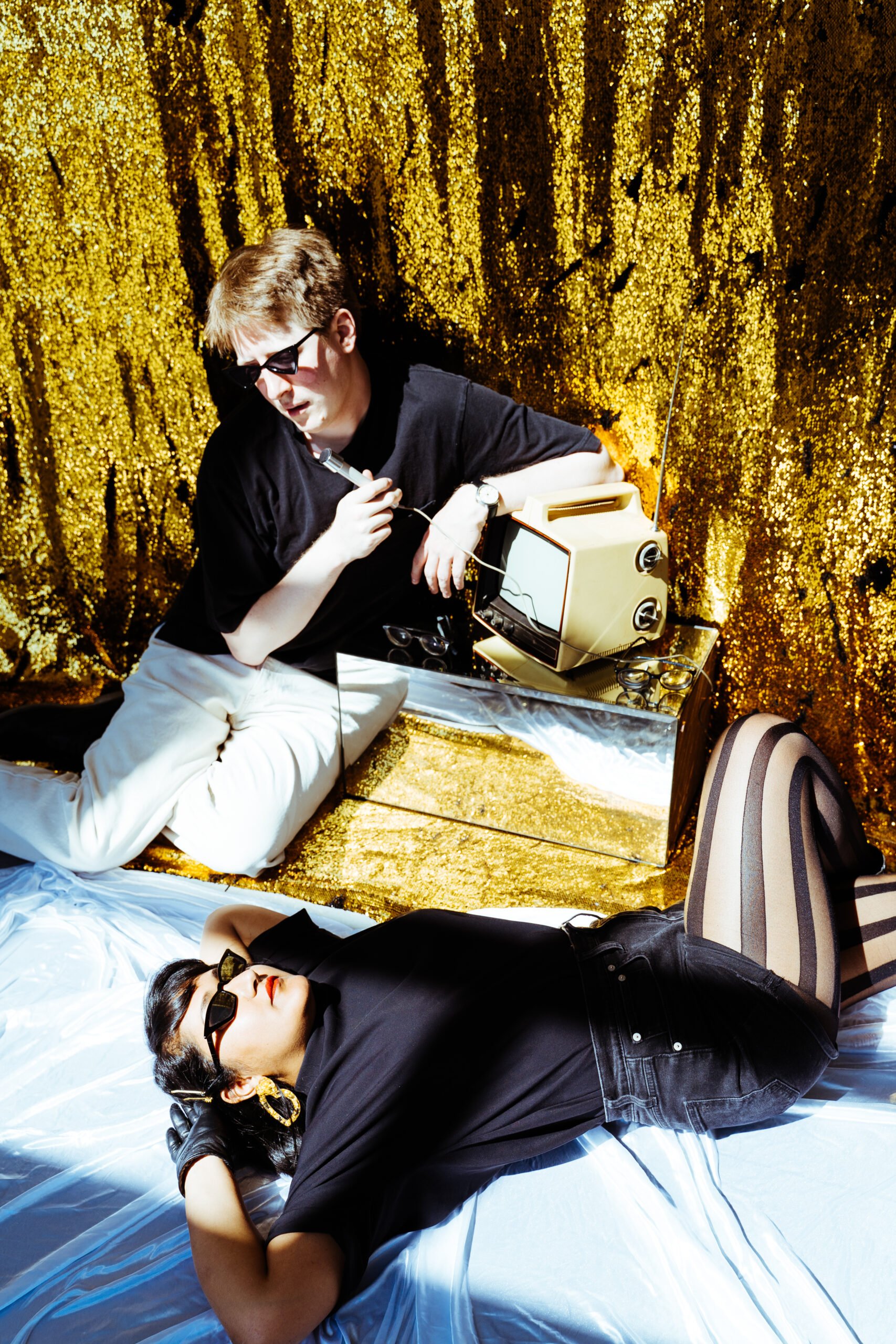 Thirteen years ago, Caufield Schnug and Lira Mondal began making music in a small town in Arkansas. Over the subsequent decade, having relocated to Boston, MA in 2012, the duo became serial band-starters on the East Coast underground. Their many DIY projects and releases established their thrifty and disciplined songwriting practice, known by few. Sweeping Promises, their latest project, was born in a disused and reverberant concrete laboratory in Cambridge, MA. Tracked with a self-devised “single-mic technique” and mixed in mono, the band completed their debut Hunger for a Way Out just in time to enter quarantine. With only a single basement show under their belt, the band received an unexpectedly wide reception, firstly in online punk circles, and eventually stretching beyond. The band owes their circulation to the expert coordination of Sam Richardson, label head of Virginia’s Feel It Records. Sam describes the release: “Angular guitars and sharp synth notes float atop a raw rhythm section, while Lira Mondal's effervescent vocals truly define Sweeping Promises' sound. There's something simple yet otherworldly about these tracks - you have the DIY prowess of Kleenex/LiLiPUT and Girls at Our Best!, a brooding new wave-y minimal synth sound woven in, and an undeniable pop-leaning appeal captured in vibrant monaural glory.” Sweeping Promises is currently headquartered in Austin, TX after fleeing Boston in Covid-time. They are currently preparing for touring (in a better world) and stockpiling recordings made in Caufield’s parents’ bathroom.
PAST SHOWS