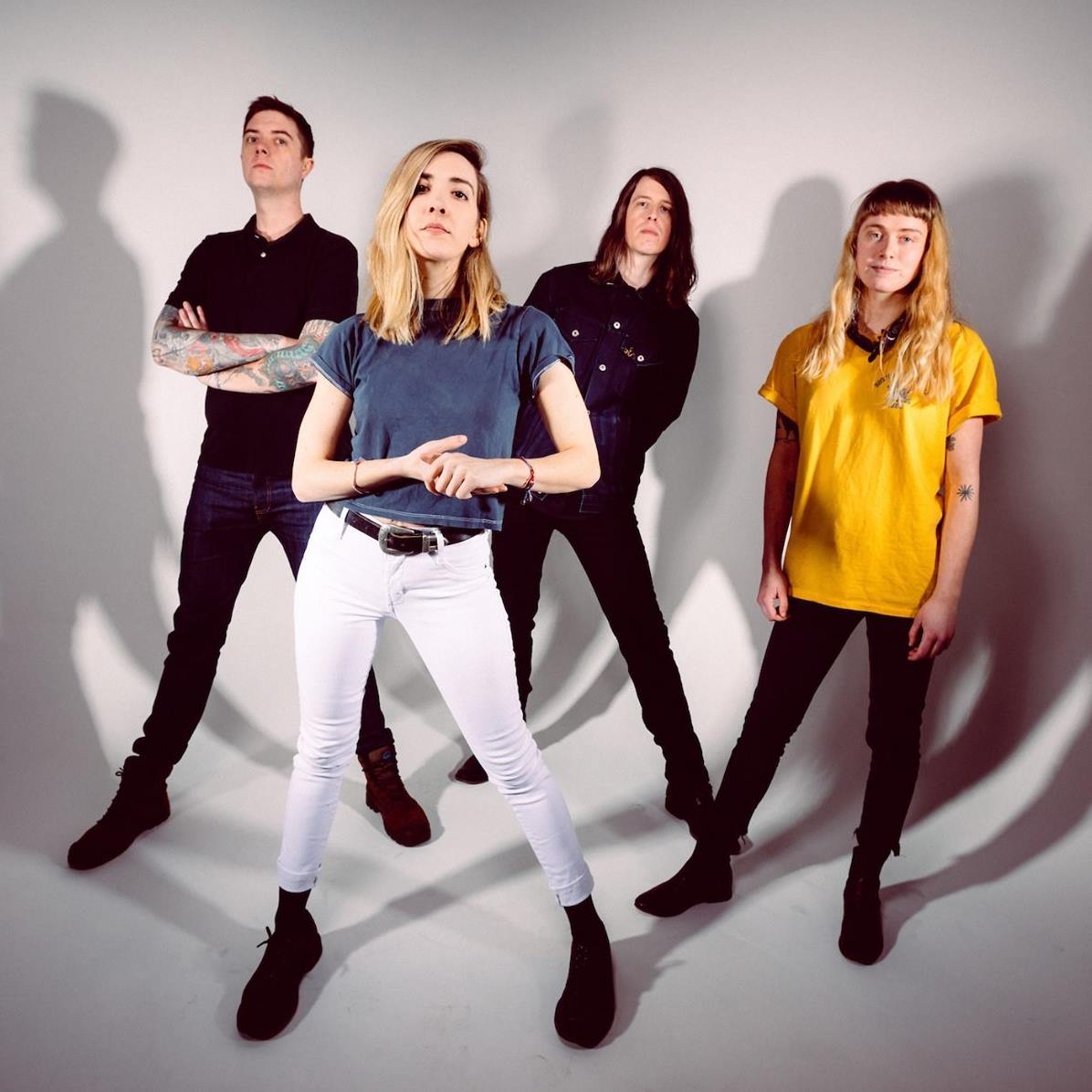 Led by guitarist/vocalist Jessica Boudreaux, the Cannibals initially cut their teeth on the local Portland circuit, sharing the stage and receiving encouragement from peers including The Thermals. Along the way, they released a pair of fantastic full-lengths -- 2013’s No Makeup and 2015’s Show Us Your Mind — on their own label, New Moss Records. Show Us Your Mind appeared on NPR’s Sound Opinions Best of list in 2015. The band has since spent an unhealthy amount of time on the road, earning accolades and adding plenty of fresh converts to their highly-charged, no frills attack. It seemed only logical that when the band decided to sign to a label, they chose Kill Rock Stars, which has a long history of putting out fearless, female-led bands like Bikini Killand Sleater-Kinney. Their most recent release, Full Of It, is the band’s defining statement to date. Recorded with producer Chris Woodhouse (Thee Oh Sees, Wild Flag), the LP is one of those massive leaps forward that every band hopes to achieve at least once in their career. Aided by rhythm guitarist Marc Swart, drummer Devon Shirley and bassist Jenny Logan, the 11 songs spark that perfect mix of snotty attitude, unbounded energy, and window rattling volume. NBC selected the track "I Wanna Believe" for their new series, Good Girls, airing in 2018. Since the band's formation they've had the opportunity to play with some their musical heroes, including: Guided By Voices, Mudhoney, Stephen Malkmus and the Jicks, and The War on Drugs. They've toured the country with The Thermals and CHVRCHES as well as playing some major festivals including Sasquatch, Project Pabst and Riot Fest.
SIMILAR ARTISTS