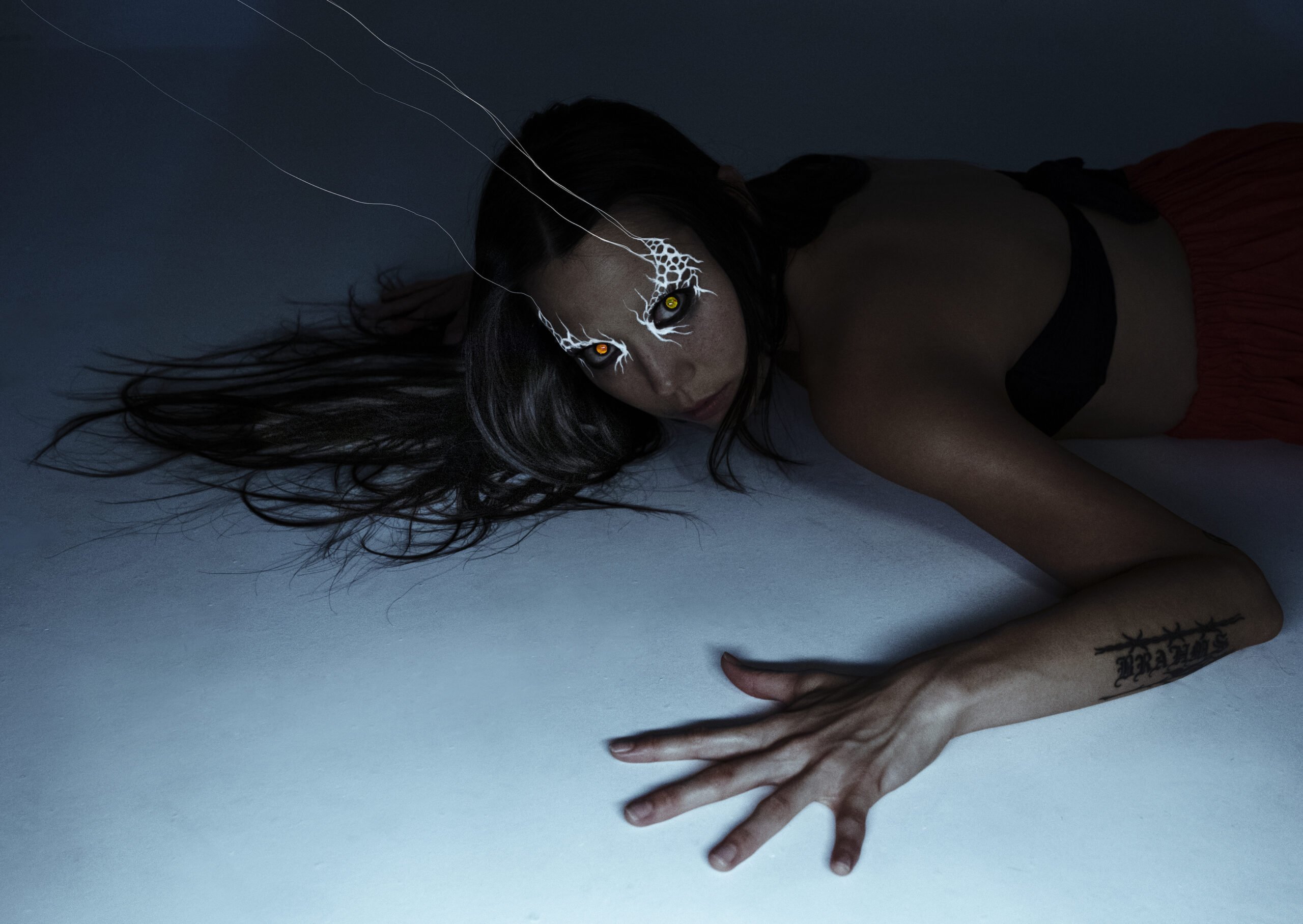 SASAMI (Sasami Ashworth) will release her second studio album, Squeeze, on February 25, 2022 on Domino Records. Squeeze hammers home a sentiment of “anti-toxic positivity” and showcases her vicious honesty and brutally uncompromising vision, partially inspired by the Japanese yōkai folk spirit called Nure-onna (translation: wet woman), a vampiric deity that has the head of a woman and the body of a snake. On Squeeze, SASAMI explores her wide spectrum of moods—from raging at systemic violence to wrestling for control in her personal relationships. Throughout, the singer-songwriter and producer surveys the raw aggression of nu-metal, tender plainspokeness of country-pop and folk rock, and dramatic romanticism of classical music. Based in Los Angeles, SASAMI is a descendent of the Zainichi people on her mother’s side, a diaspora of ethnic Koreans who lived in Japan during Japan’s occupation of Korea from 1910 to 1945. Though some Zainichi moved voluntarily and others were forcibly kidnapped, these people and their progeny continue to experience systemic discrimination and oppression in Japan to this day. While conducting a deep dive into her family’s mixed Korean and Japanese history and culture, SASAMI stumbled upon stories of Nure-onna and was immediately drawn to the water creature’s multiplicitous nature. According to legend, the deity is feminine and noble, yet powerful and vicious enough to brutally destroy victims with her blood sucking tongue. The fluidity of the Nure-onna can be felt in how Squeeze naturally flows through musical influences—from System of a Down to Sheryl Crow and Fleetwood Mac, to even Bach and Mahler. A classically-trained composer, SASAMI constructed the LP in the form of an opera or orchestral work that has different “movements” that take the listener on an emotional journey. Compared to the introspective indie rock of SASAMI’s 2019 self-titled debut album, Squeeze is a full-throttled expansion. The dark, fantastical elements of the Nure-onna legend feeds into SASAMI’s use of heavy rock elements throughout Squeeze. She hopes that listeners will identify with this new sinister, intense sound and use it as a soundtrack for processing their “anger, frustration, desperation, and more violent, aggressive emotions.” Her ultimate desire is for marginalized folks, including femmes, BIPOC, and queer people, to listen to Squeeze and find catharsis from the oppression and violence that they experience. In reclamatory fashion, SASAMI assumes the form of Nure-onna on the record’s Japanese horror film-inspired cover art, designed by Andrew Thomas Huang (Björk, FKA twigs) and Rin Kim. She chose to pair this Japanese folklore-referencing image with Squeeze written in Korean calligraphy by Myung-Ja Ashworth, SASAMI’s mom, as another act of Zainichi empowerment. On the back, the title is written in Japanese script. Squeeze was produced by SASAMI, with a handful of the tracks co-produced by Ty Segall at his studio in Topanga, California. Other notable contributors include: No Home (“Squeeze”) Fashion Club aka Moaning’s Pascal Stevenson (“Say It”) Christian Lee Hutson (“Tried to Understand”) Hand Habits’ Meg Duffy (“The Greatest,” “Not a Love Song”) Vagabon’s Laetitia Tamko and Patti Harrison (“Skin a Rat”) Barishi (“Sorry Entertainer”) Megadeth’s Dirk Verbeuren (“Squeeze,” “Skin a Rat,” “Need it to Work”) King Tuff’s Kyle Thomas (all songs besides “Sorry Entertainer”)
SIMILAR ARTISTS