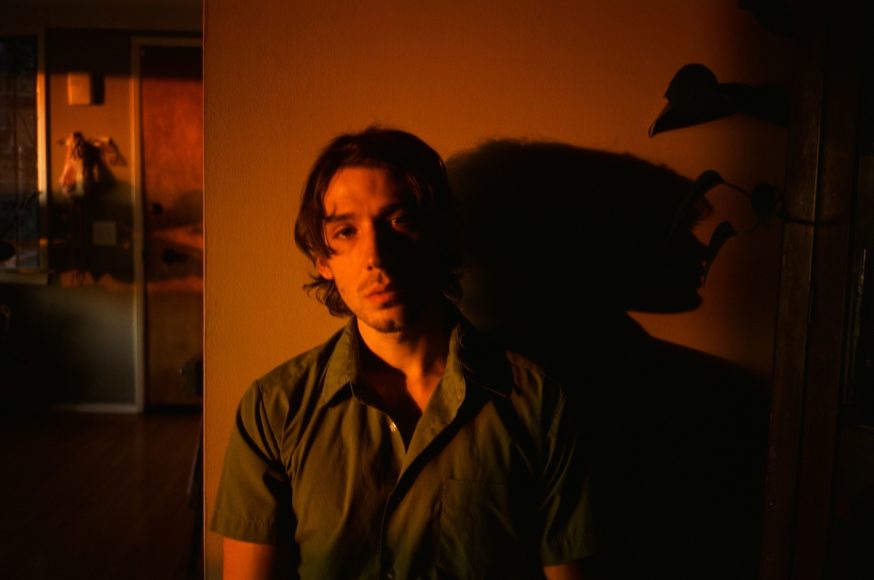 Apparently wistful, but plumbed out with mysteries of the fall, this Utah native now Los Angeles based, Sam Burton’s debut solo record, I Can Go With You (Tompkins Square, 2020) has generated expectant curiosities on both sides of the Atlantic. The ballad-centric offering will set you thinking of Bert Jansch, Tim Buckley and Gram Parsons, but for a wandering new generation looking to get engaged by something/anything. As he sings on Illusion: “That’s a pretty arrow, you know I need an illusion. I have no need for one like mine.” Casting off a half dozen snakeskins from a long apprenticeship on Tucker White’s Chthonic Records in The Great Salt Lake City — Burton signed to San Francisco’s Tompkins Square after seeing that they were kindred about what music did and does. Burton also felt this instant connection with producer Jarvis Taverniere (of Woods, prod. Whitney & Purple Mountains) Recalls Sam: “Jarvis saw me play a set at Golddiggers with Justin Sullivan and offered to record me. We met and talked about it and he seemed to be on the same page about how to treat the songs. Jarvis pushed me to make some of the songs a little more accessible and would hear a hook in someone’s playing and have them lay it down. He has a great ear and would come up with great melodic bass parts on the spot.” He spent a month and a half last year playing pre-quarantine guitar for Jess Williamson’s band all over Europe for her record, Cosmic Wink. But now things have become pretty quiet out of necessity. I Can Go With You will be released October 30th “I think it’s good to show your work and let go of things so I’m happy it will be out. I wouldn’t say I expect anything from its release. It’s enough in itself to make music and share it.”
SIMILAR ARTISTS