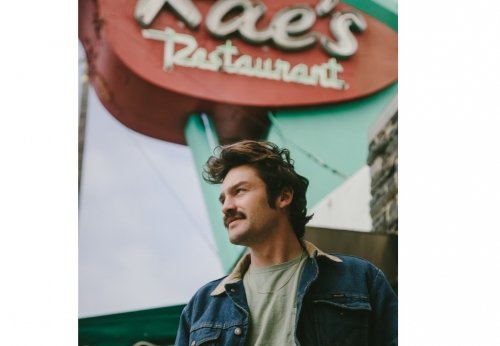 “I’ve got memories that will outlast time,” Misha Lindes sings on “Goodbye Queenie,” the latest single by his ongoing music project SadGirl. It’s a bittersweet line—an acknowledgment of both the fleeting nature of so many things in life and the resilience of the specter of the past. The standalone single is both a broader examination of that lyrical snippet and a fitting summation of the larger trajectory of SadGirl. The band has always existed in a state of flux, with new contributors coming in and out of the equation and new tactics being explored for capturing Lindes’ songwriting. And yet the heart and soul of the music has always touched upon memories of the past while mining an analog sound steeped in history and nostalgia. On its own, “Goodbye Queenie” digs into old school brokenhearted country music like George Jones or Patsy Cline with a slight flourish of Mexican norteño ballads. A simple chord progression on an acoustic guitar, the tasteful percussion of returning drummer David Ruiz, the lilting vocals and steady bass line of newcomer Sami Perez, and the yearning central melody and forlorn lyrics provided by Lindes all culminate in a perfect three-minute Americana-tinged pop song built around a dissolving relationship. The song is quite literally a goodbye, both to the very real muse in the lyrics and to the previous incarnation of SadGirl. “The song is the first venture in anew chapter for the group, focusing more as a personal recording project than it has been in the past,” Lindes says. “It’s without a doubt the saddest song I’ve ever written… but it’s also extremely exciting to venture into a new chapter.” And if “Goodbye Queenie” is any indication of what’s to come for SadGirl, then perhaps the past is best left to memory.
SIMILAR ARTISTS