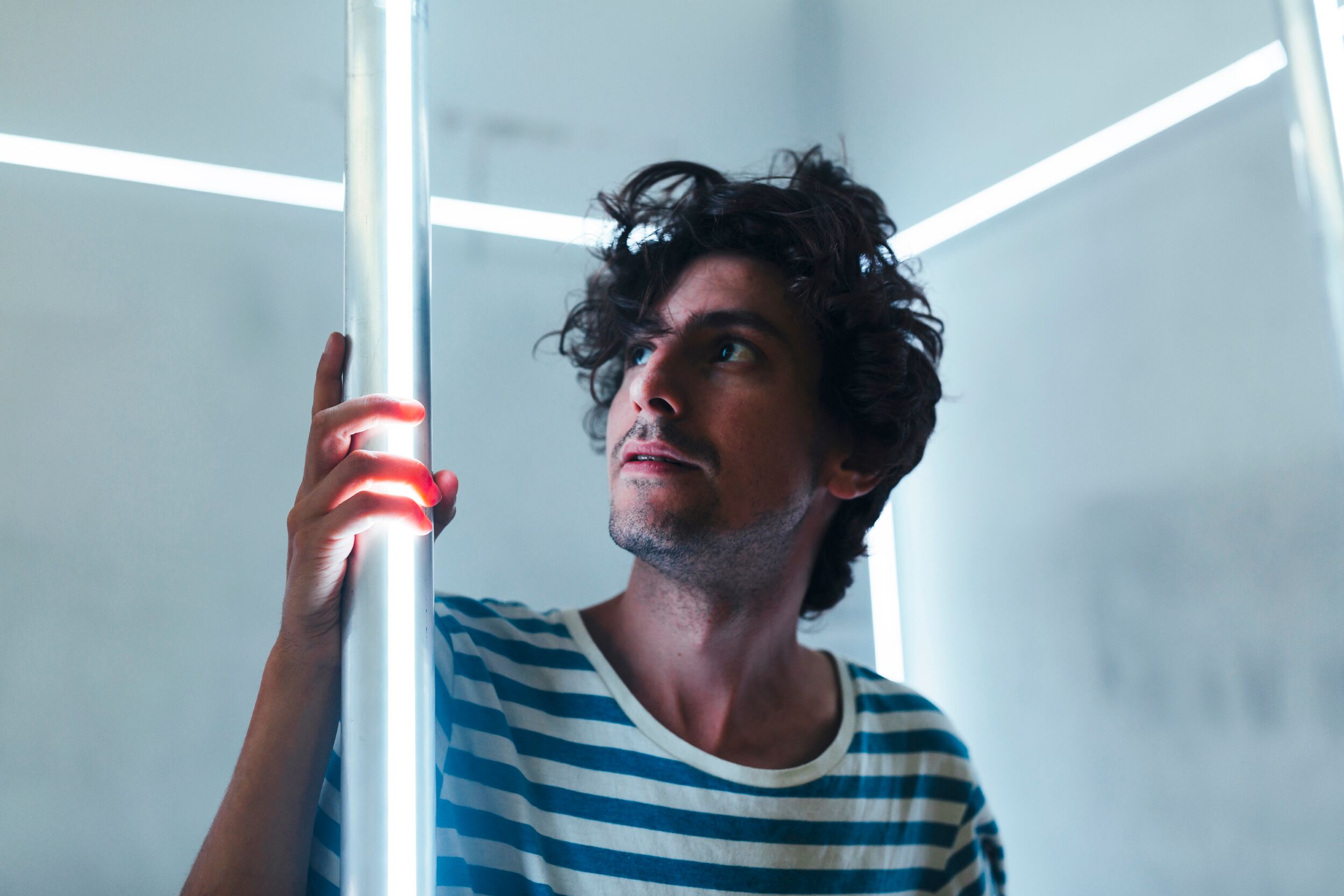 Moon King is the synthpop project of Toronto-born singer & producer Daniel Benjamin. In the early 2010's Daniel was part of the flourishing electronic music scene in Montreal, performing as a touring musician with Grimes, Sean Nicholas Savage and Doldrums, all while beginning to write & produce his own music. A 2016 move to Detroit and immersion in that city’s vibrant dance music and DJ culture soon began to influence his own recordings, moving towards underground disco and synthpop and culminating in “Hamtramck ‘16”, his 2017 debut release for Montreal label Arbutus Records (TOPS, Sean Nicholas Savage). He’s toured extensively in North America, Europe and the UK, with a new full length anticipated for 2019.
PAST SHOWS