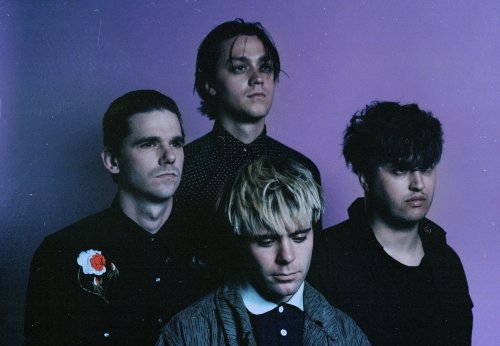 “Choir Boy” was what the kids called singer/songwriter Adam Klopp in his early teens when he fronted punk cover bands in Cleveland, Ohio. An intended insult, the label seemed fair and fitting in a way, given Klopp’s religious upbringing and angelic voice. After high school, Adam left Ohio for college in Utah. While his career as a student would prove short-lived, he integrated into Provo and SLC’s underground music and art scene, left religion behind, and called his new band “Choir Boy”. “It seemed funny to me as sort of a comical reclamation of the mocking title I received from “punk” peers as a teen. While serving as a weird reflection of my childhood and musical heritage.” Since Choir Boy’s gorgeous debut LP on Team Love records in 2016, the dream-pop outfit has gained a cult following online and in underground circles. Adam’s stunning vocal range, layered compositions, and heartbreaking melodies are backed by musical partner Chaz Costello on bass (Fossil Arms, Sculpture Club, Human Leather) - and along with a rotating cast of players, create the perfect blend of nostalgia-laced romantic pop music we’ve been waiting years to hear
PAST SHOWS