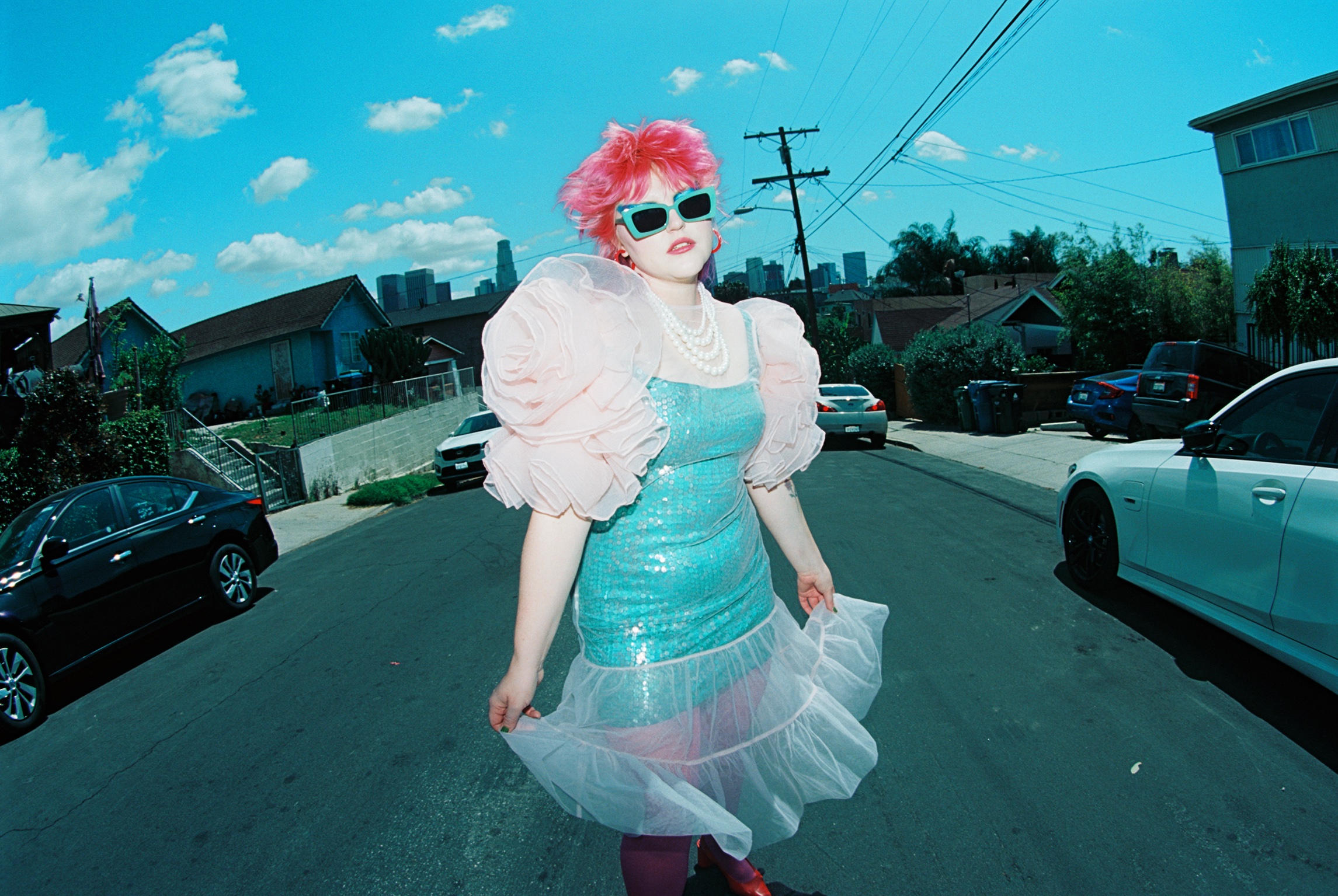 Recently, Caroline announced a brand new remix EP, Remixes From Heaven, composed of newly remixed versions of hit tracks off her debut album, Heaven's Just A Flight (released last year via Fortune Tellers Records). To kick everything off, she has shared the first remix, "Massive Escape (Arlie Remix)." Speaking on the track, Caroline wrote: "Every single word I sing in this song happened the night I saw a plane crash into someone's house on the television screen behind a shitty bar. I threw back a shot and a beer and wrote the lyrics out in a note on my phone as I watched the wreckage settle. I had just ended a long term relationship and felt the weight of that decision that night. The original version of 'Massive Escape' came out a full year ago on my debut album....and my original intention with production was to set the scene of the drama I was experiencing the night I wrote it...I chose a driving, syncopated beat to represent the emotional highs and lows and the heights those feelings took me that drunken night. The instrumentals of this version of 'Massive Escape' is a breath of fresh air after the wreckage of that heartbreak. I feel it represents the healing after tragedy...That's exactly where I am in life, healing after losing my brother to cancer and having a strained relationship with family members after I began dating my girlfriend." Remixes from Heaven also includes a dance remix from DJ Josh Lumsden and a remix by Fortune Tellers' Peter Matthew Bauer, as well as two new alternate versions by Caroline herself. Currently on tour with Post Animal down the west coast, Caroline will be throwing a residency at Berlin in NYC all of June. Caroline's debut album landed on PopMatter's Best Indie-pop Albums of 2021. Pitchfork also said: "The album's instrumentation is a collage of stylistic eras united by their outsized personalities from disco to post-punk...Caroline recalls the naked vulnerability of Kate Bush or Karen O." It’s a huge and enveloping debut album, one centered around her deeply personal experiences of losing her brother Kyle to cancer as she wrote the album (hence the title track) and her own coming out in public after growing up in a religious home in Florida. Caroline had little access to secular music until her teen years when its discovery led her to run headfirst toward a life in music. That music now is a giant coming out party of its own. Earlier this year, Caroline shared a brand new single entitled “Strawberry Sheets," produced by herself and Math Bishop, and out on Fortune Tellers. "The song is a beautiful sonic world I created to retreat to during these difficult times. I needed something repetitive and beautiful to get lost in,” said Caroline on the track.
SIMILAR ARTISTS