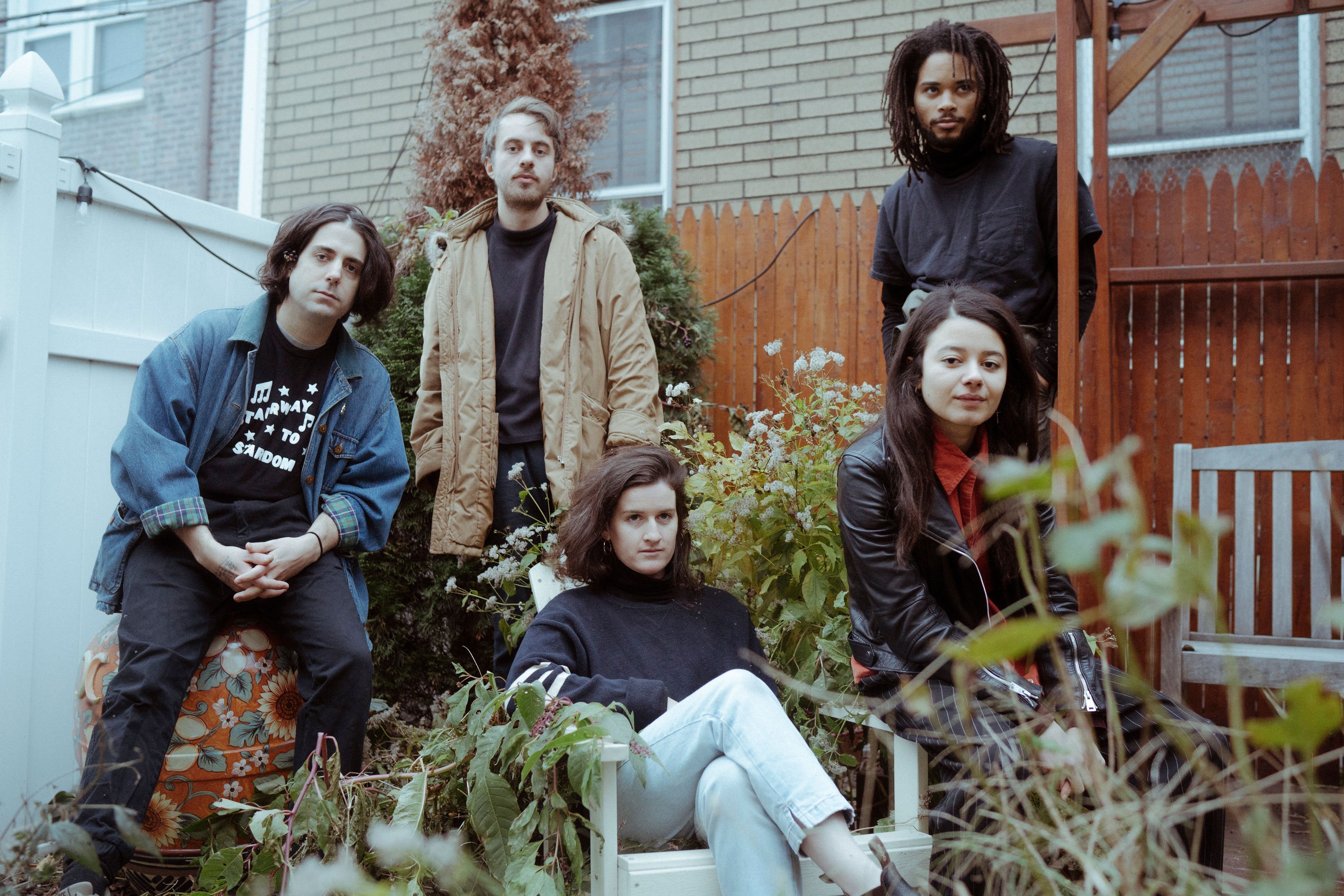 Inclusivity is at the heart of Barrie, the Brooklyn five-piece made of Barrie Lindsay, Dominic Apa, Spurge Carter, Sabine Holler and Noah Prebish. And on their debut LP Happy To Be Here, their multidimensional take on classic pop sounds awake and present, like a group that’s daydreaming but firmly there with one another. Lindsay largely wrote these songs late into the night, alone in her apartment, and her voice feels appropriately full of possibility throughout. Barrie, the band, is primarily her project; on the record, which she co-produced with Jake Aron (Snail Mail, Solange, Grizzly Bear), Lindsay plays guitar, piano, synth and bass. But still, Barrie is distinctly not a solo project, and Happy To Be Here—out May 3, 2019 via Winspear—is very much a full band record. Dominic’s drums fill the entire album, while Noah added synths and Spurge sang on nearly every track; the three also contributed production. And Sabine, though stuck in Germany with visa issues, remotely recorded vocals. Engineered and mixed by Aron at his Brooklyn studio in August 2018, the album is a softly explosive document of Barrie’s collective vision: “a well-crafted pop song that’s a little bit fucked up,” they explain. The album’s singles speak to its scope: the analog synths that burst from piano pointillism on “Clovers”, the lush electric guitar grooves on opener “Darjeeling”, the minimal arrangement and modular programmed drums of “Saturated”. The album’s energetic but unhurried movement is a testament to the wide-ranging backgrounds of Barrie’s membership: Spurge and Noah met at the Lot Radio through a shared love of house and techno, Dom plays and tours with the electronic rock band Is Tropical, Sabine is a performance artist and solo musician. “Part of what makes Barrie greater than the sum of the parts is that it’s actually a bunch of freaks working together to make super accessible, satisfying music,” Noah says. “So there’s a somewhat experimental nature to the approach.” Happy To Be Here offers snapshots of the band coming together in the city, after having lived all over: Boston, Baltimore, upstate New York, London, São Paulo via Berlin. “The scaffolding of this album is moving to New York and finding these people that make up the band,” Barrie says. “We’re very different, but we cover each other’s gaps personally and creatively, and are eager to learn from each other.”
SIMILAR ARTISTS