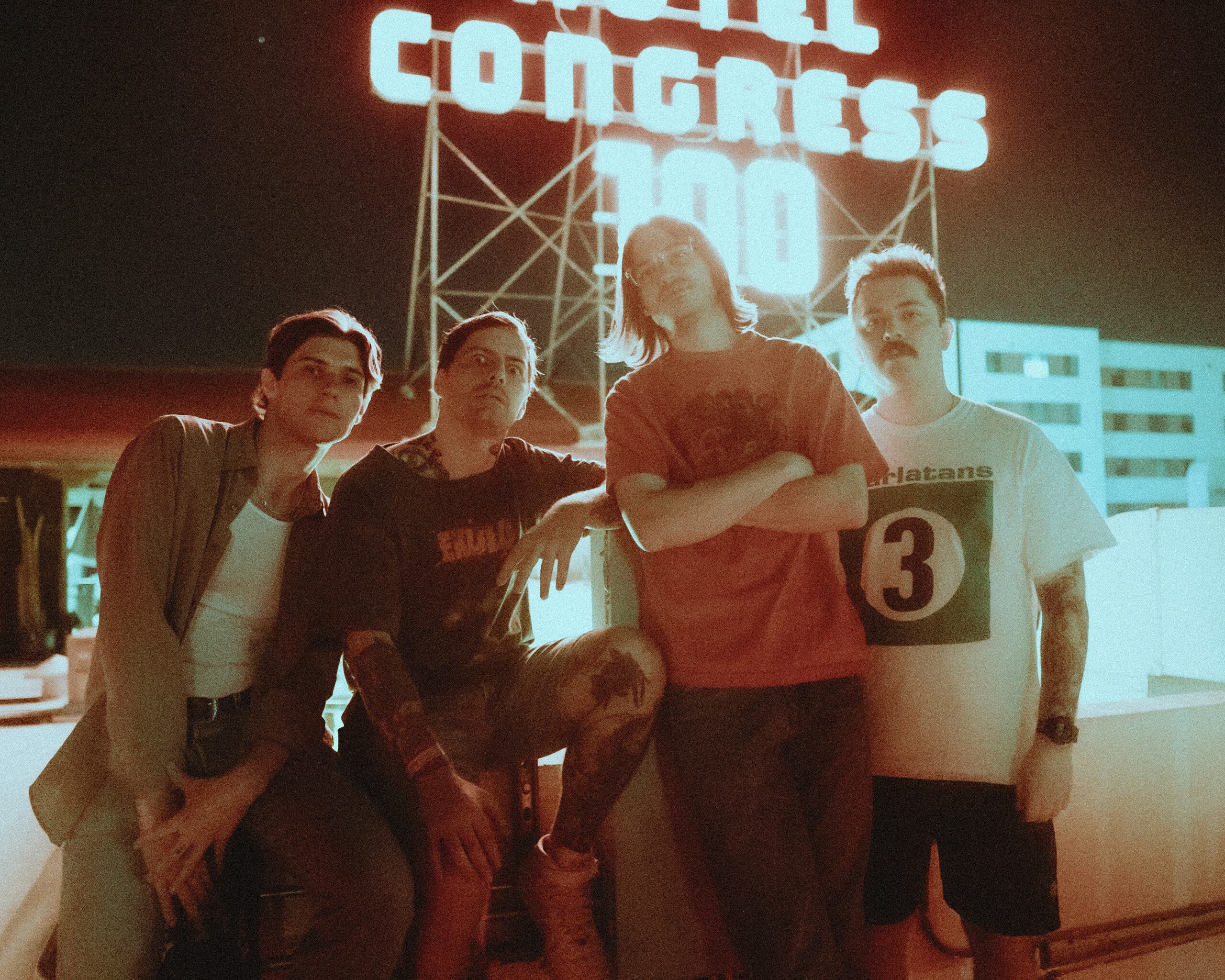 Justice Tripp, vocalist / guitarist for Baltimore, Maryland’s Angel Du$t, has never been one for making rock albums, at least not in the traditional sense. For Tripp, an album is not a singular, rigidly defined work, but rather an ever-evolving experience, a grab bag of creative tricks and treats that’s enjoyable whether its contents are savored individually or all at once. “People get really married to the idea of making a record that sounds like the same band,” Tripp explains. “If one song to the next doesn’t sound like it’s coming from the same band, I’m ok with that.” This spirit of creative restlessness, reinforced through a staunch work ethic and a revered live show, has fueled Angel Du$t’s steady ascent over the past eight years. The way Tripp sees it, Angel Du$t are neither hardcore nor a supergroup: just a revolving lineup of like-minded peers and ride- or-die friends, making guitar music, rocking the fuck on forever. YAK: A Collection of Truck Songs, Angel Du$t’s latest full-length and the follow-up to 2019’s Pretty Buff, sees the group channeling an anything-goes philosophy into their tightest, most forward- thinking material yet. Produced by Rob Schnapf and recorded over a two-month period in Los Angeles in 2020, it’s a rotating smorgasbord of percussion, guitar tones, effects, genres, and influences, fashioned in the spirit of a playlist as opposed to a capital-R “Record.” Like every great playlist—and Tripp makes a lot of playlists—it’s a carefully- engineered project that still manages to sound effortless, with brisk pacing and constant switch-ups that keep the spirit of discovery at the forefront.
PAST SHOWS