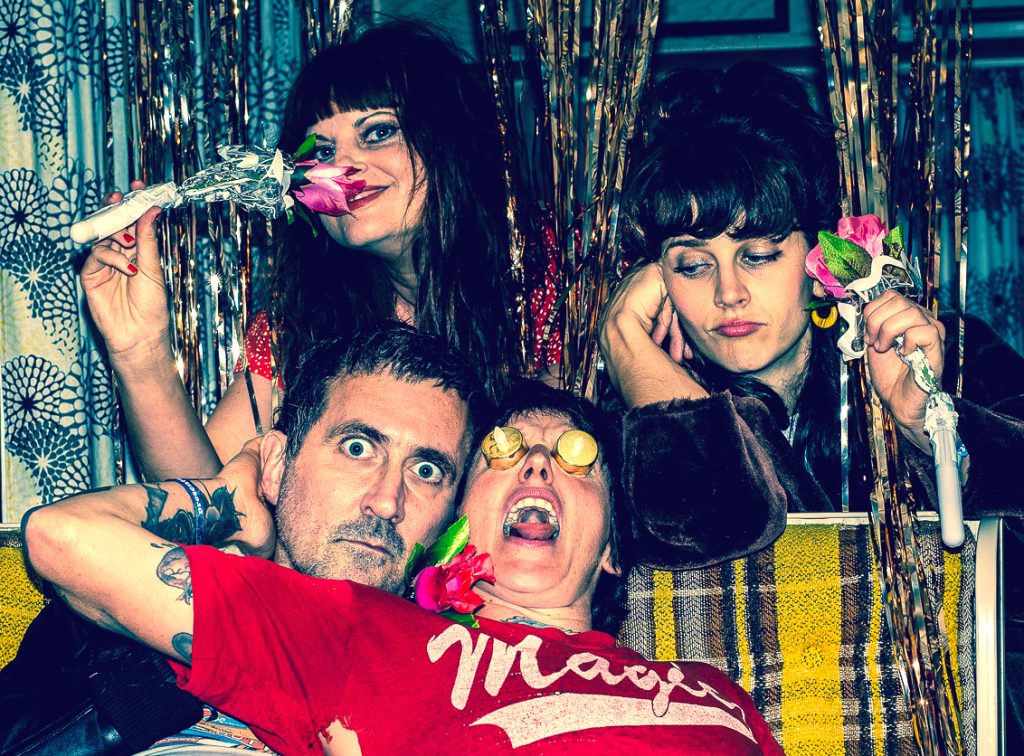 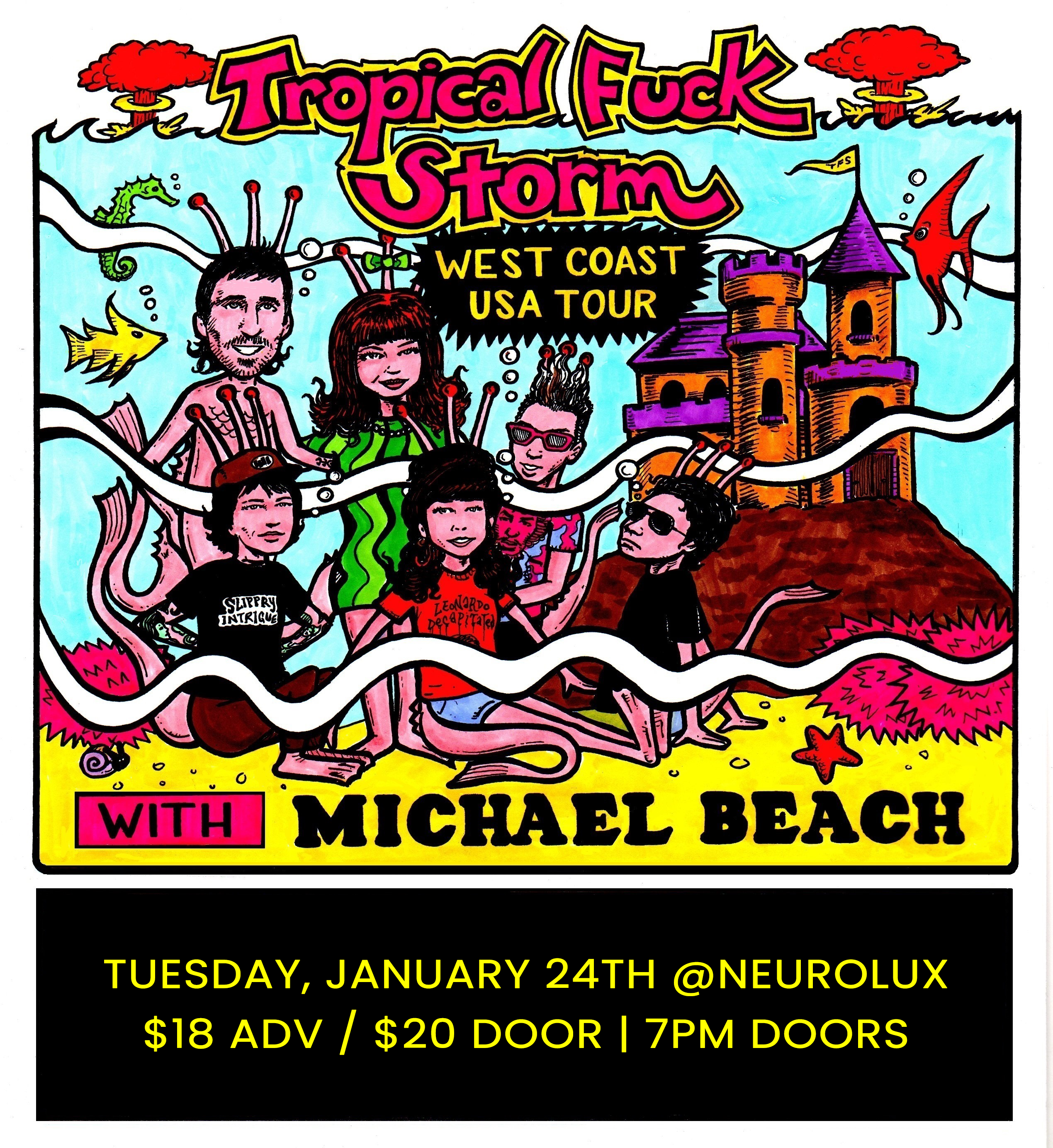 It was the silence as much as the disease that proved so unsettling. The world had gone inside, underground, taking with it some of its more destructive aspects. The clean and clear air in major cities was a jarring reminder of the airborne rot we had grown used to. Stuck indoors, we went stir crazy, imagined new worlds, dystopian worlds, apocalypses of the small and large variety. There were viral social media stories, most of them fake, about animals reoccupying cities, dolphins taking back the canals of Venice, elephants getting drunk in abandoned Chinese corn wine distilleries and passing out in tea gardens . In those first fearful days of the pandemic, we wrote ourselves out of existence and imagined what the world would be like without us. We missed the noise; we carried it inside us. We tried to find melody in the madness.

Most of us have lived some inner Tropical Fuck Storm over this past year and a half. Gareth Liddiard, frontman for the Aussie band with a name perfectly suited to the times, was like the rest of us in feeling the malaise. On not writing any new songs for the first six months of the global shutdown, he says, “Why would I? Everything seemed pointless.” Even for a band that’s made a career out of crafting songs attuned to political and social crisis, there was a new bleak in the air, what the band calls “give-a-fuck fatigue.” A Laughing Death in Meatspace and Braindrops, Tropical Fuck Storm’s 2018 and 2019 records, probed the destructive force of consumerist culture, the imperialistic reaches of the United States, the threat posed by a warming planet. The band wedded a brave new worldview to an ever lively acid punk sound. Which made you sometimes despair. While still wanting to dance.

Deep States mines familiar ground as well as new cultural terrains, while digging deeper into the subjective state of contemporary panic. Over the last five years, you didn’t have to be conspiratorial to see the conspiracies everywhere you turned; and Liddiard, Fiona Kitschin, Erica Dunn, and Lauren Hammel, the Tropical Fuck Storm collective, know how to make friends with the strange. They invite our paranoia and fatigue. “It’s a permanent state,” Liddiard sings, “war made the State, the State made war, what’s the point of worrying ’bout it anymore?” The band chronicles weird adventures in statecraft and surveillance, ponders the global infatuation with resurgent fascisms. Tropical Fuck Storm shines an incandescent light on a world in which corporate media, bad-faith leaders, and charismatics of all stripes lose the ability to recognize their own deceptiveness.

At times we’re tempted to call Deep States a protest album, though it’s not, quite. The band is far too wary of the self-importance attached to songs in the didactic mode. “We make pop records,” Liddiard says, “that don’t deny we’re all in a bit of trouble here.” But Tropical Fuck Storm does their preaching on the sly, always cognizant of the fact they are making pop music, after all, no matter how avant-garde or “out there” it gets. Deep States comes complete with Q drops, nods to the January 6 th Capitol Riot, a riff on pizzagate, MAGAs squaring off with Antifas, waterboarded Martians, dangerous cults from Heaven’s Gate to The Shining Path and, not to be outdone, Romeo agents who bed us at night only to betray us by morning. We live in a world in which the bizarre has become the normative, and Tropical Fuck Storm plumbs that paradox.

On “The Greatest Story Ever Told,” Jesus comes back from the grave to warn humankind off our collective bloodlust and fondness for the “end of days.” Deep States is rife with characters in a God-awful hurry to court catastrophe and global conflict. In that same vein, “Blue Beam Baby” offers a pining homage to Ashli Babbitt, the woman shot as she tried to breach the U.S. Capitol, her MAGA heart warped by that Blue Beam conspiracy theory involving NASA, Antichrists, and technology, presumably as updated by Q. And yet Tropical Fuck Storm, ever connoisseurs of the weird, makes us shed a tear for her. If a fanatic never broke your heart, just wait until you hear Liddiard playing the part of a MAGA martyr’s lover, crooning in Shane MacGowan-esque throaty blues while Kitschin and Dunn whisper eerie-sweet harmonies, like sympathetic brainwashing angels, beckoning us to follow into the blue light.

What makes Tropical Fuck Storm so great is the intersection between their dark but satiric storytelling and musical arrangements intent on perverting received canons and wisdoms. Entering into a Tropical Fuck Storm song is like arriving late to a live show where everybody’s grooving and too far gone to notice you. Even though the track has already been cut, you feel as though the band’s still improvising, making it all up as you listen. These are songs as experiment, advancing and retreating at their own idiosyncratic, deeply unsettling pace. They hang on the slant beat and slide into jazzy, distortion-packed jams so tumultuous they’d make Charlie Mingus proud. Musically, Deep States goes wherever it wants, riffing on pop, R&B, Talking Heads-style new wave, Delta blues, Tom Waits, and some of the band’s hip-hop favorites such as Wu-Tang Clan and Missy Elliot. Barriers aren’t just broken, they seem to have completely fallen away.

In a world where everything is digitized there is no musical past. The record store bin has gone virtual, as vast as eternity. It’s all right here, right now, timeless in the most literal sense possible. Which is all the more reason why a song such as “New Romeo Agent,” with its glorious mash-up of contemporary and historical influences, ought to be topping the charts. At once spooky, sweetly sad, and off kilter — Erica Dunn doing a world-weary Debbie Harry — the song is a reminder of the melody within even the most feedback-heavy of the band’s arrangements.

As we write this, parts of the world are opening up, or trying to. But Tropical Fuck Storm is here to remind us that many of our most urgent political and social problems have been around a long time now. Same as it ever was, as another genre bending band once sang. As the signs of latest crisis subside, and the dull ache of awareness with it, Deep States will be here to remind us that there is no foreseeable end to human folly, nor, fortunately, to the creativity that resists it. Over the past few years we’ve all heard the noise in our own heads. Tropical Fuck Storm has made music of it. 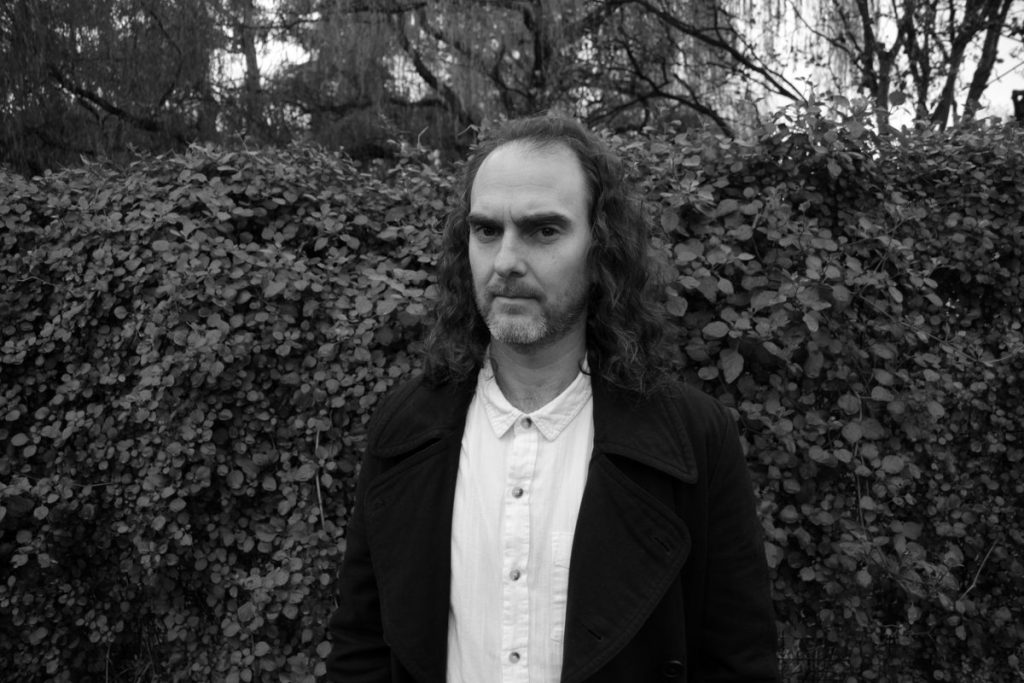 Michael Beach is the architect of a sound that is both well-built and ramshackle, straightforward and indeterminably complex, out of the norm yet familiar in all the best ways. Dream Violence, Michael Beach’s fourth full-length, is an epic album that explores the duality of the human condition. Or, as Beach himself puts it, the album is about “human futility, passion, desire, anger, frustration, and the struggle to maintain hope in a somewhat hopeless time.” Dream Violence, then, addresses the existential crisis of being an artist in 2021.

The album unfolds like a revelation, filled with sonic tumbleweeds that reference Neil Young’s On the Beach, Bruce Springsteen’s Nebraska, the Velvet Underground’s Loaded, and the Go Betweens’ Before Hollywood. Influences ranging from the enigmatic Israeli guitarist Charlie Megira (who he toured and collaborated with) to Glenn Branca to the Oblivians are combined to create a new, exhilarating sound, part of the path that Beach has been on since 2008’s Blood Courses. A veteran of year-end indie rock round ups beginning with Golden Theft in 2013 and continuing with Gravity/Repulsion, released in 2017, Beach distills the best of those early albums and adds sharpened intent. Dream Violence was recorded in two batches: a more off-the-cuff session in Melbourne with Matthew Ford and Innez Tulloch of Thigh Master and Peter Warden on drums; and a more produced session recorded at Tiny Telephone in San Fransisco by Kelley Stoltz.